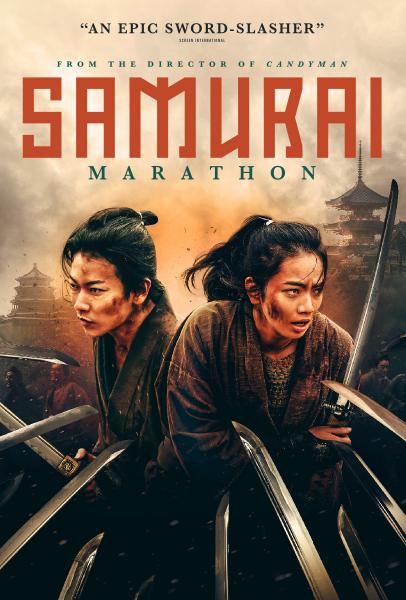 The year is 1855 in feudal Japan. An American merchant captain (played by Danny Huston - of “Yellowstone” fame) brings various goods, including pistols, to show to the Samurai lords. The Annaka clan hold a race with the winner being granted a wish of the master.

Based on a 2014 novel by Akihiro Dobashi and directed by Bernard Rose, “Samurai Marathon” squeezes a lot of story into the first fifteen minutes where it’s actually difficult to keep the storyline straight. Once the subplots are unveiled, then the movie becomes much more engrossing.

Nana Komatsu as the princess stands out in her scenes both as nobility and as a concealed entrant into the race. Takeru Satoh as the young ninja also stood out in his role.

The movie has much of the feel of a Japanese film - the long shots that last for fifteen seconds to allow the actors to act are peppered throughout the film. The dramatic play-like scenes are something of a staple in classic Samurai films and this one is no different. The pacing is engaging during the quiet moments and exhilarating during the race itself.

The film is not nearly as epic as some of the Japanese films from the past, and the historical accuracy leaves something to be desired, but “Samurai Marathon” is still an engaging and entertaining film.  The Philip Glass score is effective when needed and also minimalist which the conductor is known for.

The fact that the race is still held in Japan is a testament to the history of a country that continues to be a dichotomy of the old and the new.

Posted by Eclectic Arts at 7:36 PM