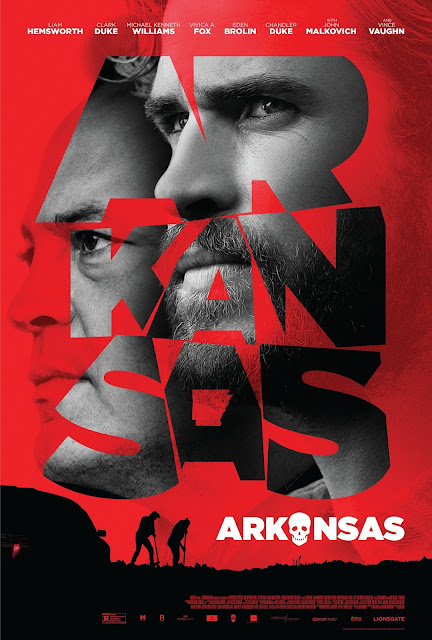 The new film, “Arkansas”, that was released by Lionsgate on May 5th, is the directorial debut of Clark Duke, who also co-stars, and co-wrote the screenplay. Based on the novel by John Brandon, “Arkansas” is a slow burn thriller that tells its story in distinctive chapters. The film also stars well known Hollywood actors Liam Hemsworth, John Malkovich, Vivica A. Fox, and Vince Vaughn.

The premise revolves around Duke and Hemsworth’s characters Swin and Kyle as drug runners for the then unseen drug dealer only known as Frog played by Vaughn. The story travels throughout the south and other characters appear along the way. There are flashback sections and the film definitely has its scenes of violence, too, mixed in among the dramatic scenes. 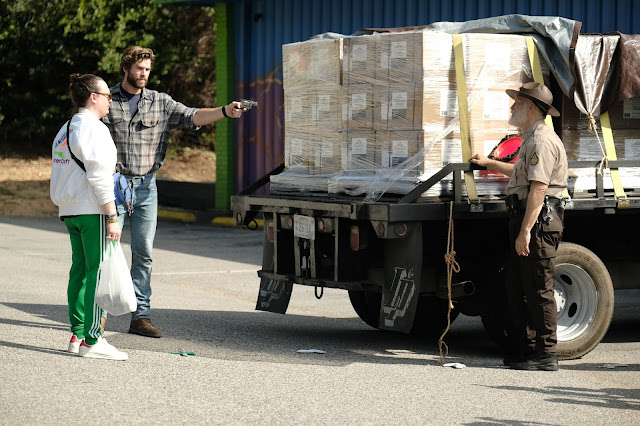 (L-R) Clark Duke as Swin, Liam Hemsworth as Kyle and John Malkovich as Bright in the thriller / dark-comedy,“ARKANSAS,” a Lionsgate release. Photo courtesy of Lionsgate

The narrative of the film tries to showcase different subplots and then loops back around at the finale to tie all of them together.

“Arkansas” has its moments where it really starts to develop into something interesting only to have it fall apart just as fast. The story is reminiscent of Tarantino at times but without the powerful execution of his direction.

Vince Vaughn stands out in his role as the Arkansas based drug lord Frog. When Vaughn is on screen the quality of the film goes up a notch. Clark Duke and Liam Hemsworth play their respective characters with dark humor and decisiveness. Duke especially appeared wrapped up in his role. 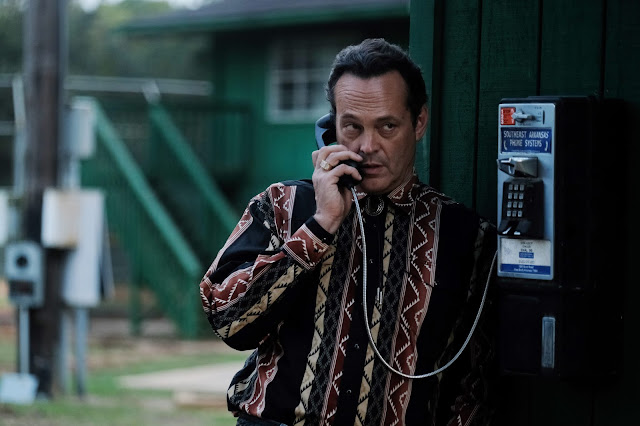 Vince Vaughn as Frog in the thriller / dark-comedy,“ARKANSAS,” a Lionsgate release. Photo courtesy of Lionsgate


The film starts off slow but then picks up the pace as the film continues on to the dramatic conclusion.

There’s a lot to work with here - from the casting to the screenplay that Duke co-wrote - but either Duke needed more time to develop the final film he wanted or perhaps just more time as a director. You can feel the potential throughout the film that with perhaps more directing under his belt, the end product would have been more satisfying. 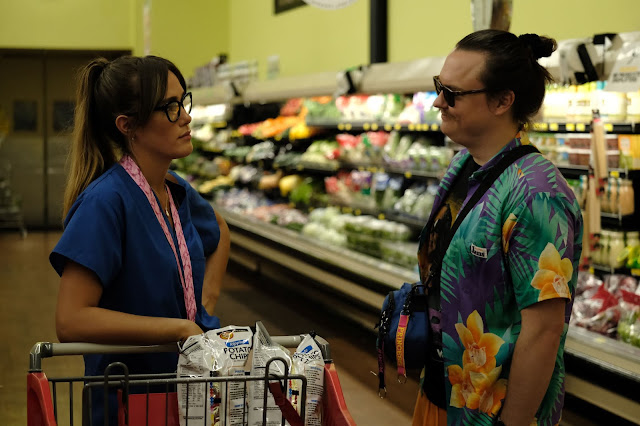 (L-R) Eden Brolin as Johanna and Clark Duke as Swin in the thriller / dark-comedy,“ARKANSAS,” a Lionsgate release. Photo courtesy of Lionsgate.