Wonder of the World 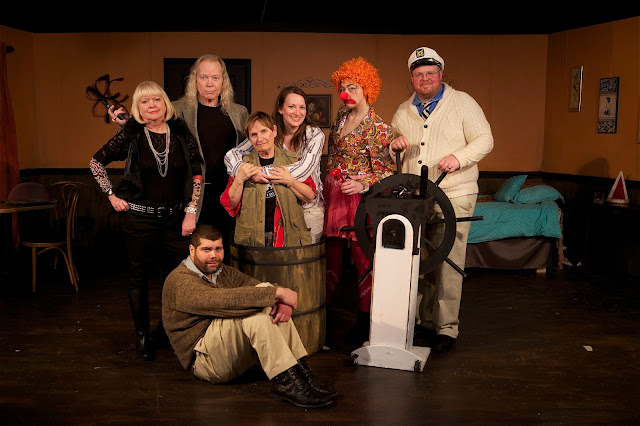 
The first show of the New Year at the Phoenix Theatre brought us, "Wonder of the World". Written by David Lindsay-Abaire (of "Kimberly Akimbo" fame among others) and directed by Eric Lewis, the play tells a fast paced story of a married couple, a suicidal alcoholic, a boat captain, and a couple who work as private investigators.


Cass Harris has decided to leave her husband Kip and see the world via her checklist (think bucket list). Lois Coleman has decided to end her life by floating in a barrel over Niagara Falls. Karla and Glen are investigators hired by Kip to find his soon to be ex-wife. Captain Mike is a man that Cass has a one-night stand with as a part of her checklist.


"Wonder of the World" uses comedy to layer over the drama underneath that people go through every day. From failed marriages to opportunities gone by, the characters are equally funny as they are tragic and real.


Renee Gilbert leads the cast as the million miles an hour Cass. Having seen Renee in a previous Phoenix Theatre production (the awesome, "Ladies Man"), she brought the same comedic timing to the role of Cass but even more so. Her character of Cass was zany but grounded in a twisted sort of truth. She stepped into the role perfectly and was a joy to watch.


Greg Kleciak portrayed Kip as a confused husband that would do almost anything to get his wife back. His "thing" that was an issue in their marriage was used to great laughter effect during certain parts of the production.


Melanie Calderwood really fit the role of Lois. Her well known comedic timing was clearly evident throughout the production. What was an extra plus was the humanity she brought to her character to show the layers underneath the laughs.


Susan Connors as Karla and Curt Simmons as Glen had perfect chemistry as the fumbling private investigators. Having seen both actors in previous productions, it was amazing to see how well they worked together. They should be considered for future pairings for upcoming shows. Extra laughs ensued when Susan improvised the hilarious card mistake during the dating game portion of act two.


Morgan Peeler as Captain Mike was the sane character that the play needed to keep the audience involved in the story. He kept things in reality for the most part which helped balance out the production.


Hilary Erlandson as Barbara, the helicopter pilot, three different waitresses, and Janie was so fun to watch in each of her roles. She had the audience laughing during all of her scenes and it was really a testament to her sense of comedic timing that she pulled off each character so well. A nod to her as well when something as small as entering the stage when her dress got stuck on the wall was improvised to perfection and added that extra bit of comedy.


"Wonder of the World" is the third production of this season at the Phoenix Theatre. The company is without a doubt three for three so far. From the outrageous comedy in, "Ladies Man" (that Eric Lewis also directed) to my absolute favorite show from the holiday season in, "Inspecting Carol", they have continued the streak of quality comedic shows with, "Wonder of the World".


Comedy without all the drama indeed! 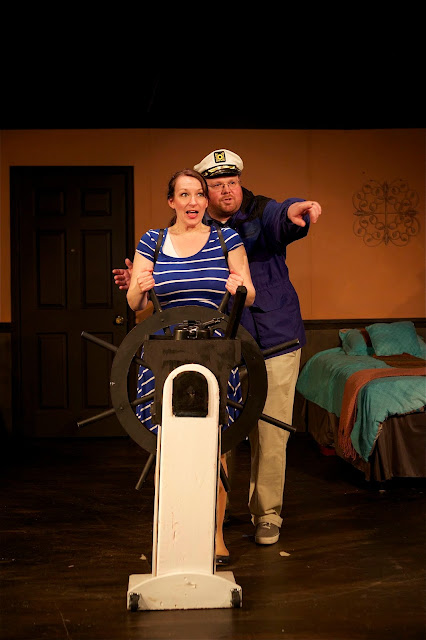 Wonder of the World - Renee Gilbert. Photo by James Sipes 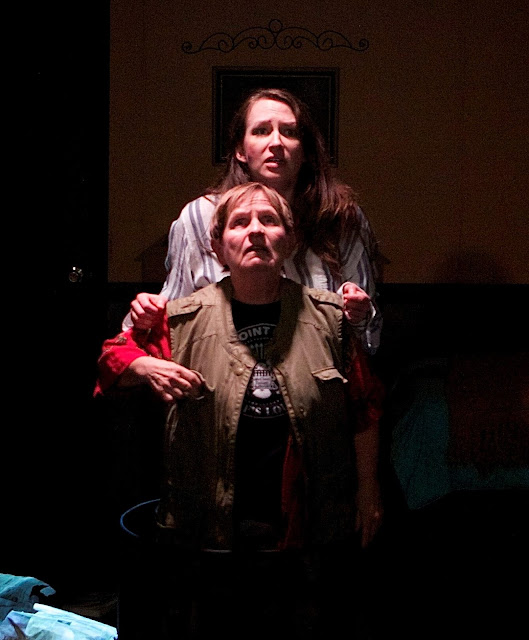 Posted by Eclectic Arts at 1:01 PM