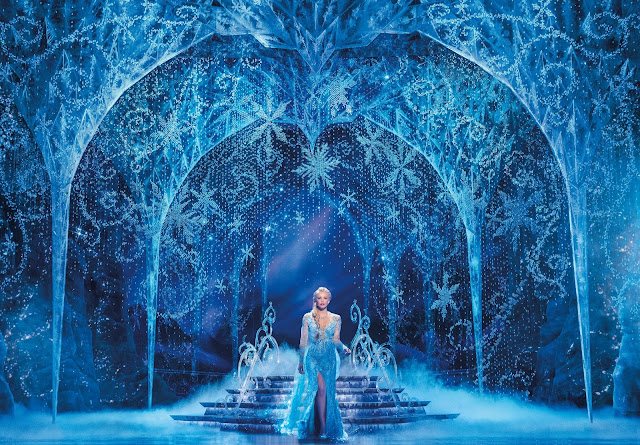 
Heavy anticipation was in the air as the Paramount Theatre patrons awaited the start of Disney’s, “Frozen” The Hit Broadway Musical Saturday evening. As one can imagine there were families galore as the hit movie has become an instant classic for kids both young and old. Many young girls were dressed in their best princess dresses as they checked out the merchandise booths and wondered when the show would start.


The story of Elsa (played by Caroline Bowman) and her sister Anna (played by Caroline Innerbichler) was brought to life in such expert ways the likes of which I have never seen before. The staging and visual effects were state of the art, to say the least. I know many in the audience were wondering to themselves “how did they do that” - Elsa’s instant dress change during the hit, “Let It Go” as a prime example.


The clever use of video screens and scrims really transformed the stage into a winter wonderland that at times felt like you were in the movie. I can’t express enough how stunning the visuals were in this production. 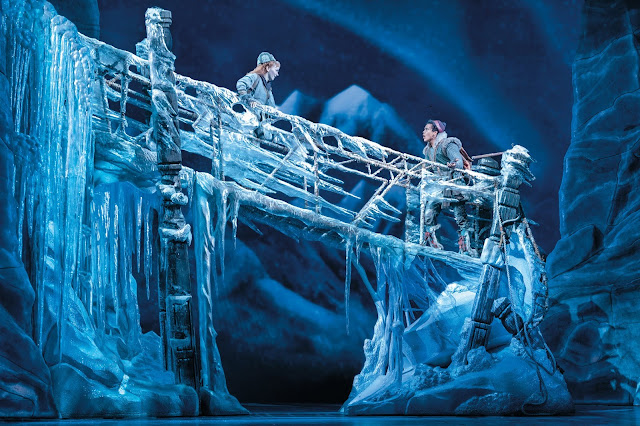 The cast portrayed the beloved characters astonishingly well. Caroline Innerbichler was practically an animated character come to life. Her nuance and phrasing as she delivered her lines was impeccable. Add in the comedic aspects of her character and her love interest Hans (played by Austin Colby), Ms. Innerbichler really shined in the role.


Not to be outdone Caroline Bowman as Elsa was superb. Her singing was spot on as was her acting. She captured the tortured aspect of Elsa and her uncontrollable powers perfectly. They could not have cast a better actor in the role.


F. Michael Haynie as the ever loveable Olaf was magnificent. He captured the animated quality of the character through his puppet which was not an easy feat to accomplish. He garnered many laughs throughout his appearances and brought the lighter tone to the show.


Kristoff (played by Mason Reeves) and Sven the reindeer (played by Evan Strand) were portrayed accurately and humorously as well. Much like the animals in, “The Lion King” musical, many were wondering how they were going to bring Sven to life. You’ll have to see the show to see just what they did. Let me tell you - it worked. 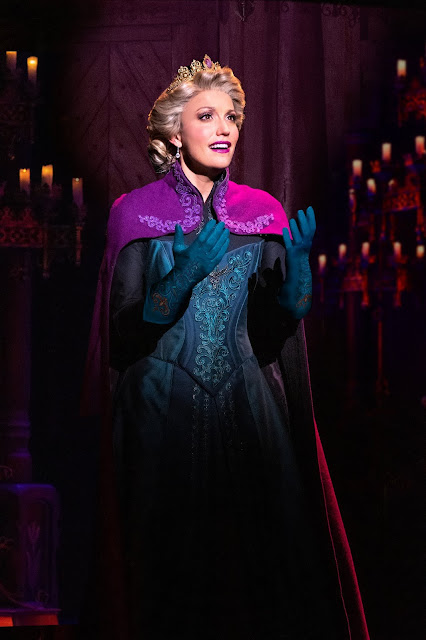 
The air in the Paramount Theatre was one of wonderment and escape all throughout the show. “Frozen” really did take everyone away to a magical place. By the time the show was over, the curtain call was one of the loudest I’ve ever heard for a musical in Seattle. It was well deserved as the show delivered in spades.


The touring version is well worth the time and investment. Don’t let this show go. Instead, make sure you see it while it’s here in Seattle.

Thank you: Julie for the opportunity!


Disney’s, “Frozen” is playing through March 1st. You can buy tickets here:  TICKETS!

BROADWAY AT THE PARAMOUNT SUBSCRIPTIONS

Posted by Eclectic Arts at 1:16 PM