Jake Shimabukuro is a name very well known to those in the ukulele community. He also has a strong following amongst the musician types that can appreciate his prowess on the instrument.


Jake has a new album coming out this Friday February 14th entitled, "Trio". It features Jake along with touring band mates Nolan Vernon and Dave Preston. The entire album was written by all three musicians aside from a few cover tunes.


From the opening track, "When The Masks Come Down", the listener is transported to a world of ambient guitar tracks, pedal effect ukulele, and walking bass lines. The quirky number, "Twelve" which has been aired on tour, show a more whimsical side to the guys. 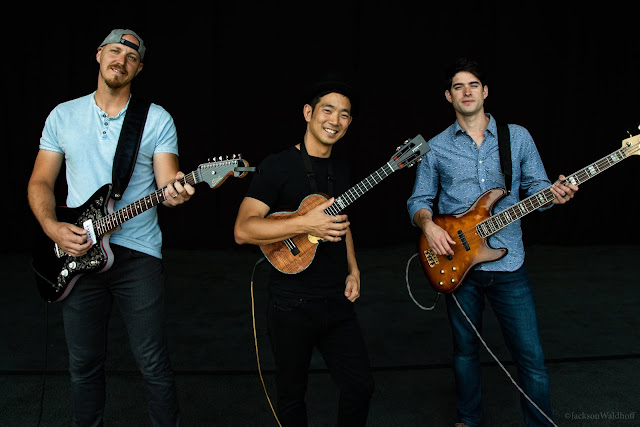 
"Resistance" and "Lament" keep the layered music coming. The atmosphere on many of the tracks is truly refreshing to hear.


The next two songs have also been aired on tour as of late. "Morning Blue" and "Summer Rain". Beautiful melodies that remind one of a peaceful lullaby.


Pink Floyd's classic tune, "Wish You Were Here" and "Waiarae" are two of the tunes interpreted by Jake, Nolan, and Dave. Each song is a mix of following the original while also making it unique to, "Trio". "Fireflies" is a number written by a friend of Jake's that also manages to jump off the album and into the listener's creative mind and space.


"On The Wing" and "Strong In Broken Places" round out the original songs on the album. Again, beautiful melodies layered with atmospheric guitar work and purposeful bass work, the originals really stand out on the album. 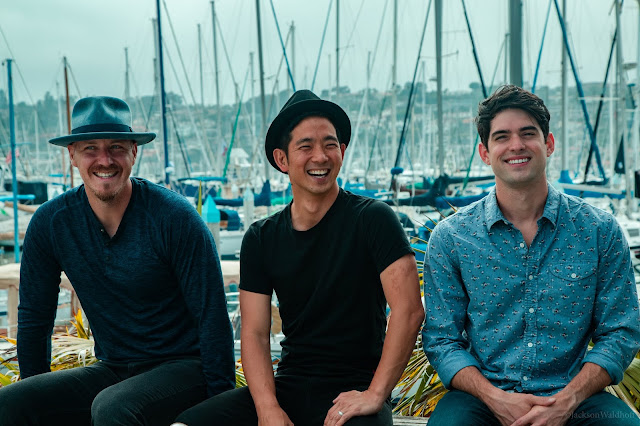 
The album closer is, "Landslide" by Fleetwood Mac. Featuring Rachel James on vocals, this cover track really gives the listener an idea of what could be coming up down the road - aka an album with vocalists.


"Trio" is an incredibly satisfying release. Jake and Nolan stumbled onto a chemistry that really worked. Once Dave was added in, the chemistry only got stronger. I know there are some purists out there that prefer Jake solo performing by himself. This group of musicians is something special together, though. It's ego-less, playing for the song, timeless music that they are creating. The countless shows over the past few years really lends itself to what they captured here on, "Trio".


The album will be available through digital platforms, streaming, and hard copy vinyl/CD. Purchase a copy and then see them on tour. I can't wait to hear these songs live!