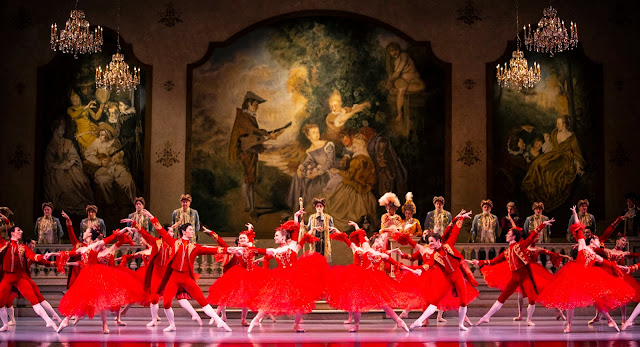 A new year, a new decade, and the Pacific Northwest Ballet rolled out the red carpet, or perhaps the golden carriage would be more appropriate, for Kent Stowell's "Cinderella" on Friday evening. McCaw Hall was filled with both young and old as the much beloved tale of Cinderella and her prince attracted more than the usual ballet crowd.

Split into three acts, the production followed the more familiar story line of a poorly treated Cinderella who yearns to live like her stepmother and stepsisters do, the godmother who looks out for her, and the eventual prince that becomes enamored with Cinderella. 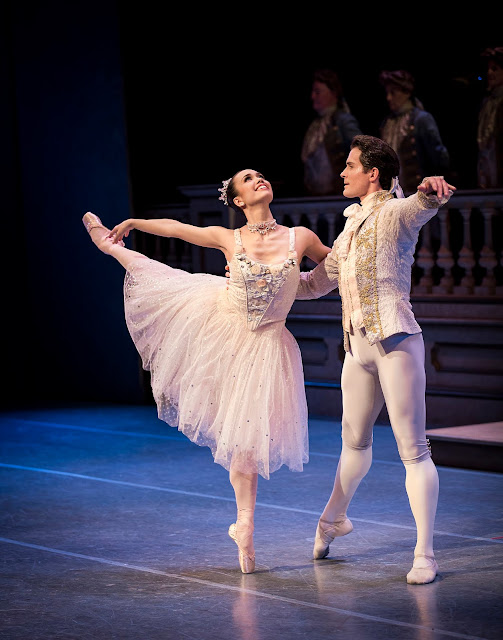 The production was immediately open and grand in Act I. From the young dancers as Bugs and Clock Children to the representatives of the seasons in Spring, Summer, Winter, and Fall, the show really had a, dare I say it, fairy tale feel to it.

In Act II the Jester, Evil Sprite, and Good Fairy, among others, danced as the show went up a notch or three. The ballroom was alive with ballet for basically the entirety of Act II. This is one of the reasons I have come to love a classical full length. The choreography and ballet is in over abundance, which is always a good thing in my book.

By Act III the audience knows how things are going to end. The ballet choreography matched the anticipation of the prince finding his princess in Cinderella. 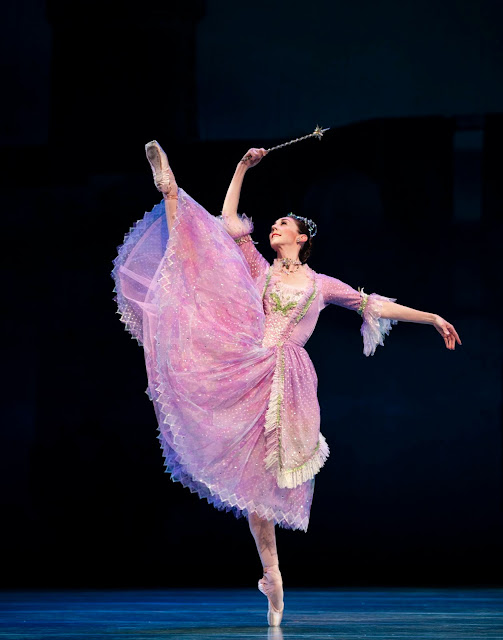 
"Cinderella" was an extremely pleasing production from beginning to end. The tone of the show was light (compared to some others I've reviewed) throughout which made for a show families could enjoy.

It was wonderful to see Ms. Pantastico back in full form. Having danced the role many years ago, she brought a quality to the role that can only come from experience. Mr. Orza was right there with her, step for step, as her prince. They had a fantastic chemistry that made the whole storyline work.

I honestly can't think of anything I would change with this production. It checked all the boxes for me as it did my guest for the evening. I've said it once but I'll say it again - "Cinderella" is the type of production that any "Nutcracker" fan would enjoy, maybe even moreso. Don't let just an annual trip to McCaw Hall become a tradition (even though that's still appreciated). Add another PNB show to your schedule - "Cinderella" would be a great selection.