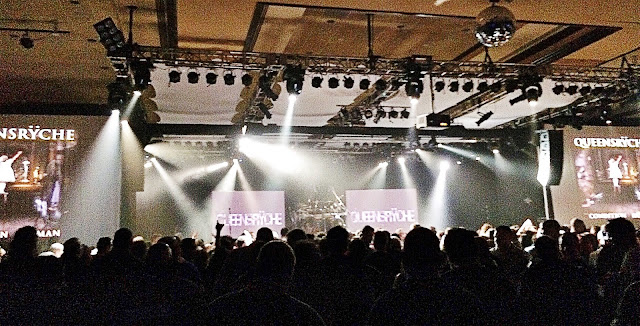 I saw Queensryche at the same venue in 2012 before the self-titled album was released.  I, like many fans, came back to the band once Todd joined.  The early years of the band are untouchable.  No fan would dispute that.  The latter years of the band are debatable.  I can only speak for myself in that I lost interest with each subsequent release throughout the 2000's.  The band I once loved had transitioned into something I didn't even really recognize as Queensryche.

With the addition of Todd, the band found a new life and acknowledged their roots while staying relevant in today's music scene.  The band sounds reborn.

The show was sold out - a homecoming show for the band (even though Todd still resides in Florida).  No opening act. 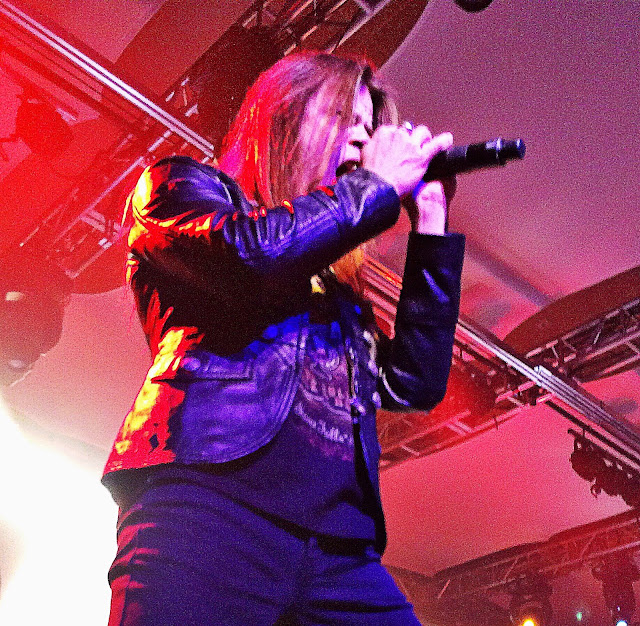 The band has been out on the road promoting their latest album, "Condition Human".  A video system has been implanted to compliment each song in the bands set each night.  With the opening video images, drummer Scott Rockenfeld took the stage with a flashing miners hat on.  The video screens introduced each band member - Scott, Whip, Parker, Eddie, and Todd.  I liked the introduction bit.  It was a nice touch to get the crowd focused on the fact that THIS is Queensryche. 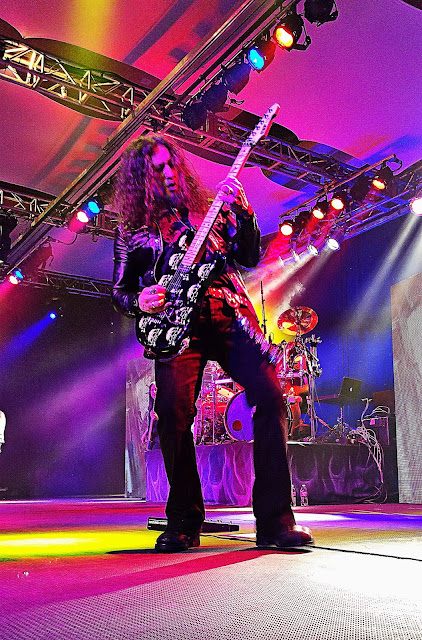 Launching into "Guardian" off the new album, the band has really come together on stage.  All the shows they've been playing over the last four years have created a tight, cohesive unit.  Playing a new set list of tunes, they played a great mix of old and new.  From "The Mission" and "Screaming In Digital" to new classics like "Bulletproof" and "Eye 9", the band played like a well-oiled machine. 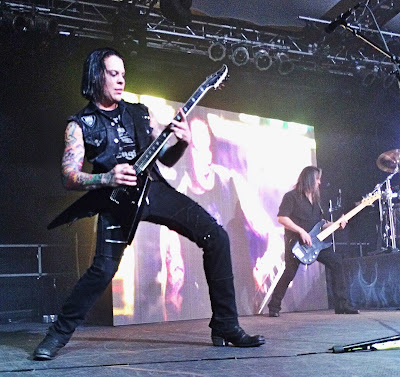 Todd has found his niche.  He will always be compared to his predecessor (who hasn't sounded like his early self for well over a decade), scrutinized when he deviates from the original recordings and blamed when he sounds too much like the original material, his true singing voice is starting to come out which is a great thing to hear and see.  At this point, I'd like to think either the fans are with this version of the band or not.  So, knowing that, I say be the best singer you can be and damn the critics and the naysayers. 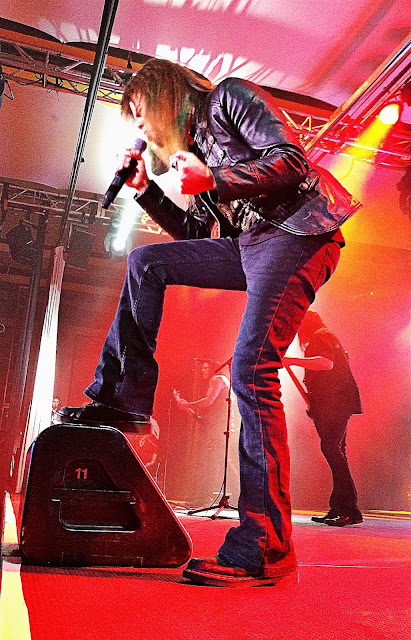 Whip has become the lead guitarist in the band.  This has been the case since DeGarmo's departure.  Back then, it may have been out of necessity or even convenience, but today that shouldn't be the case.  Parker can play!  I'd love to see more of a balance where he plays more of DeGarmo's old parts instead of Whip playing them.  For example - the solo in "Queen Of The Reich" - Parker could nail that.  Ditto the intro to "Take Hold Of The Flame" - let Parker play that as DeGarmo originally did it.  Yes, I'm nitpicking.  I understand when the previous guitarists may not have been up to snuff or what have you.  Again, that's not the case now.  The band used to be five strong.  They are five strong now with guitar parts not evenly distributed.  I'd love to see that go back to more of a 50/50 split in the future between Whip and Parker.  Just my opinion. 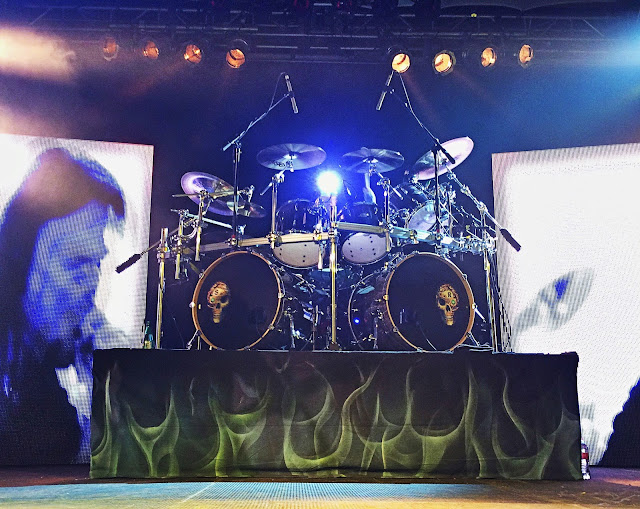 Eddie and Scott - what can you say?  They are one of the most underrated rhythm sections in all of music.  Musician's musicians, you know?  Great stuff!

I left the venue feeling very satisfied.  The band has a short break to rehearse more new tunes before they head back out on the road in the second half of April and beyond.

The band's future is bright.  I can proudly say I'm a Queensryche fan once again!

Thanks to:  David at Concrete for the opportunity and to Fozzy for being a professional about the guest list and band video interview details! 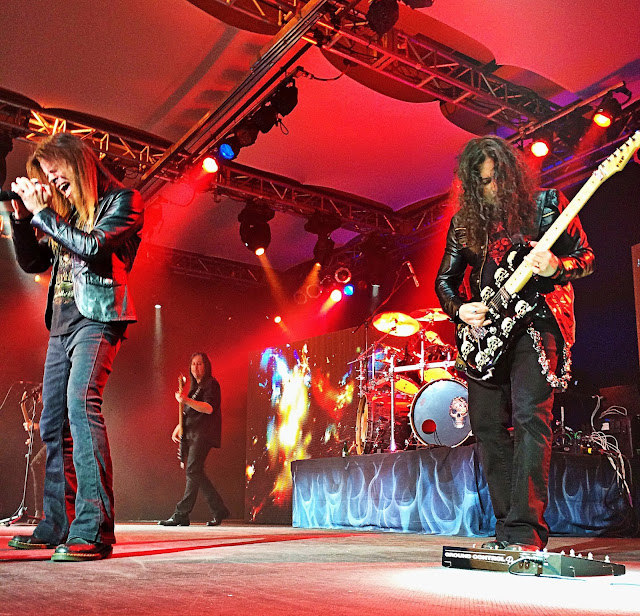