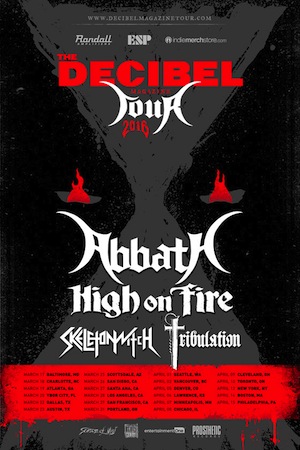 It was fourteen years ago that Immortal played the Graceland (now El Corazon) as special guests of Manowar.  They were one of the few black metal bands I had seen that were really good live.  Unfortunately, they split up not long after that gig.

They reunited and recorded, "All Shall Fall".  The band split up again - with Abbath going solo.  Depending on who's version you read, Abbath has maintained that he wanted to continue with Immortal.  Demonaz and Horgh state otherwise.  They are continuing on as Immortal with a new member replacing Abbath. 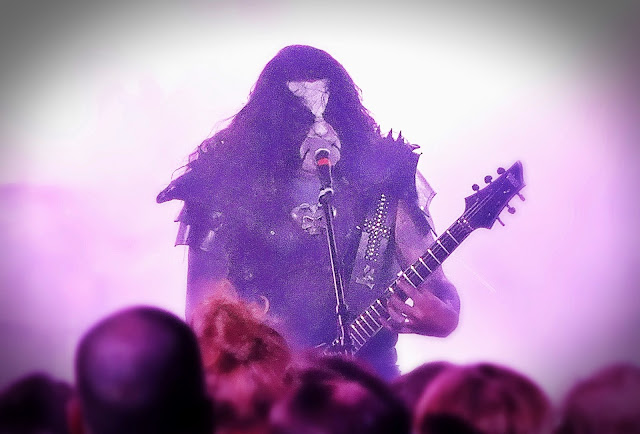 At the end of the day, I was happy to see Abbath was coming back to Seattle, WA as a part of the Decibel Magazine tour. 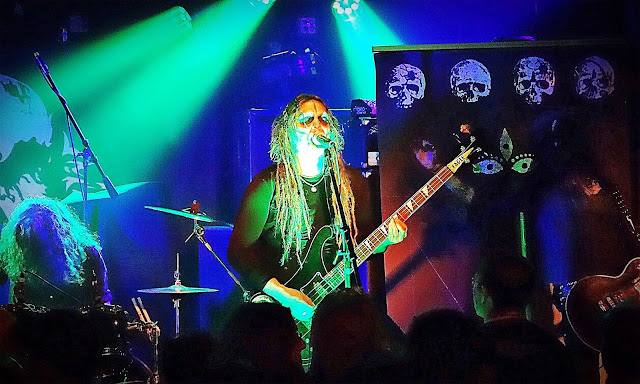 Sharing the Skeleton Witch drum kit, Sweden's Tribulation took the stage around 7:30pm.  Playing an atmospheric style of black metal, the quartet got a good response from the half capacity crowd.  Adorned in corpse paint, the band's thirty minute set was a good warm up for what was to come.  By the last song of their set, a pit had started up - one that wouldn't stop for the rest of the evening. 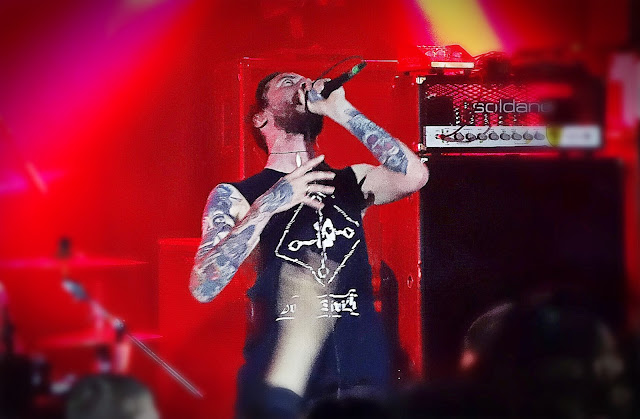 After a brief change over, Skeleton Witch took the stage.  Their brand of metal - a mixture of all sorts of styles of metal - was well received by the denim vest/patch wearing fans.  The band was a bit sloppy in a good way.  Their new singer screamed his lungs out throughout their set.  Also limited to thirty minutes, Skeleton Witch whipped the crowd into a frenzy. 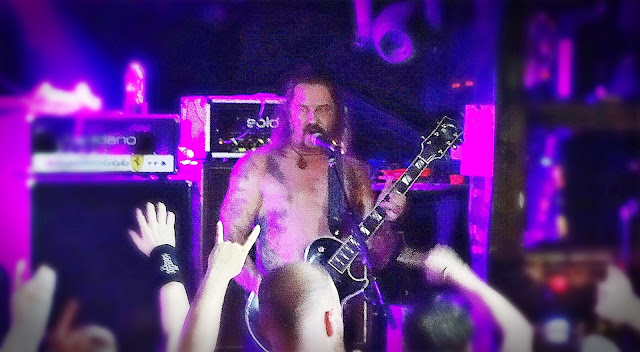 Next up were High On Fire - a band that normally would headline their own show here.  By this point, the club was packed with fans.  It was clear that many of the fans were there for High On Fire.  The trio blasted through fifty minutes of stoner metal.  Playing through their own soundboard that they brought, their sound was clear and powerful.  They were the most professional sounding band up to that point.  A massive pit never stopped throughout their intense set.  After their set, about a third of the club emptied outside.  Many came back in to see the headliner… 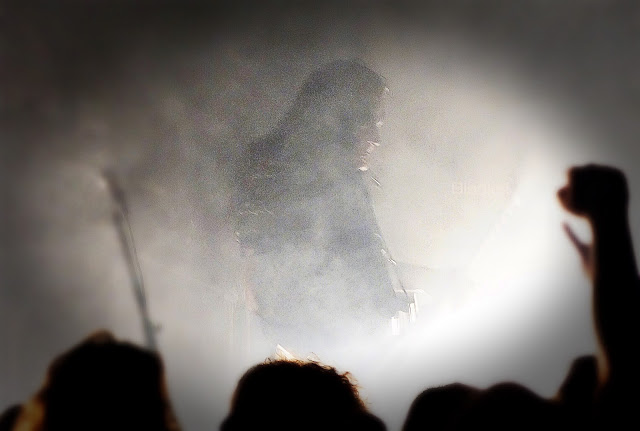 As the stage was cleared of High On Fire's gear, the lights dimmed, the fog machines were turned on, and the stage lights created the atmostphere for Abbath to take the stage. 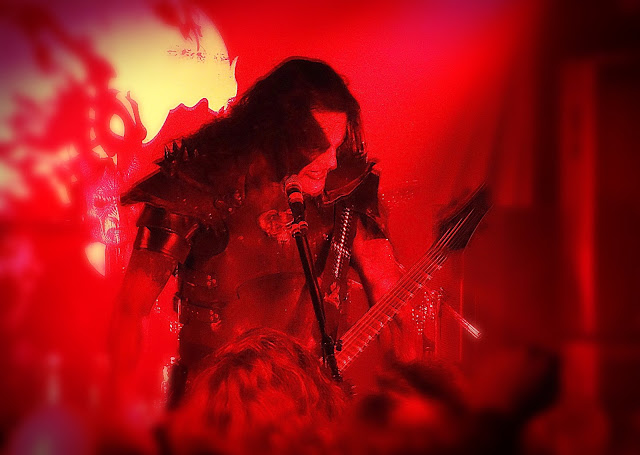 With their new drummer and guitarist, Abbath and King Ov Hell blasted through many cuts off the self titled album, "Abbath".  Sprinkled throughout were Immortal tunes such as "Nebular Raven's Winter", "Tyrants", "One By One", "In My Kingdom Cold", and "All Shall Fall".  One tune from the side project I was performed as well "Warriors". 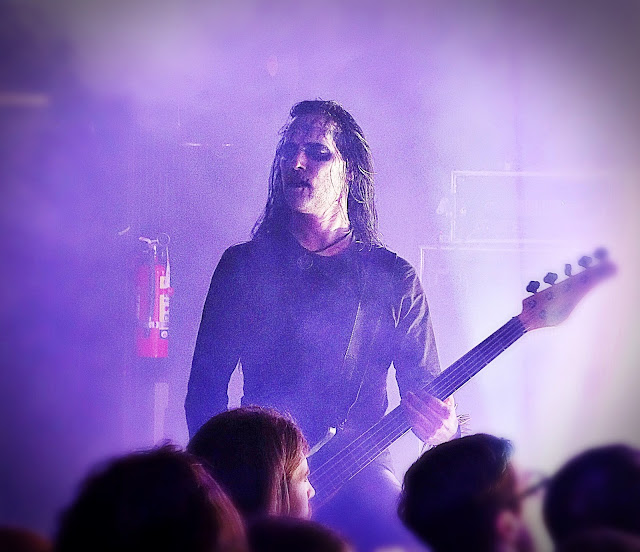 Abbath clearly has a stage presence and he commands the stage.  He would interject a dry sense of humor into his inbetween song banter with the audience.  King Ov Hell was a great partner in crime on the bass.  Creature (#2) on the drums played a very tight kit - much of which sounded like triggers.  My only gripe would be the second guitarist.  While skilled, he barely moved.  No headbanging when Abbath and King were headbanging to their music.  He looked really out of place on stage.  This needs to be remedied. 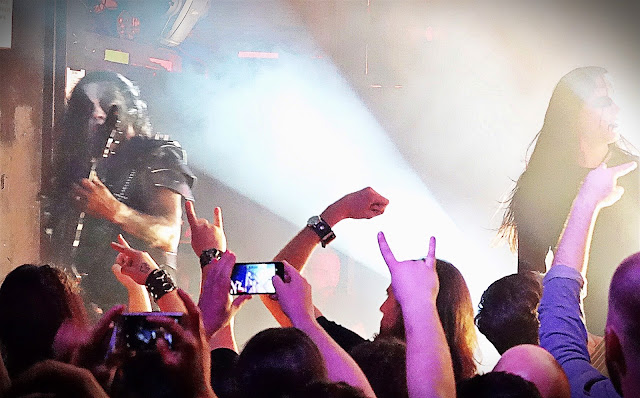 No encores as the band played a twelve song set - omitting "Solarfall" which has been played in many cities on the tour.  The soundtrack to "Conan" blared over the PA as the house lights came back on. 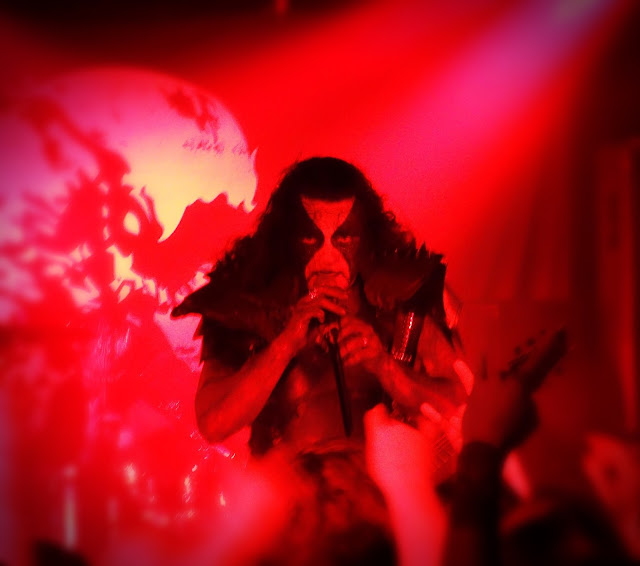 My overall impressions were favorable of all four bands.  It was a diverse mix of metal that somehow worked.  As much as I enjoyed High On Fire's set, I don't know if they fit on the bill.  They can easily headline their own shows like they normally do.  Their fans would have been happy seeing them play with bands of a similar style I believe.  And for the Abbath fans, if they had another black metal type band on the bill, it would of made more sense.

But it was the Decibel Magazine tour so there may have been strategy in place to cover different types of metal to bring in a wide array of metal fans.

In any event - no April Fool's joke here.  The bands were all business on Friday night.  Do yourself a favor and check out the tour when it hits your town!

Thanks to:  Enrique at Season Of Mist for the opportunity!