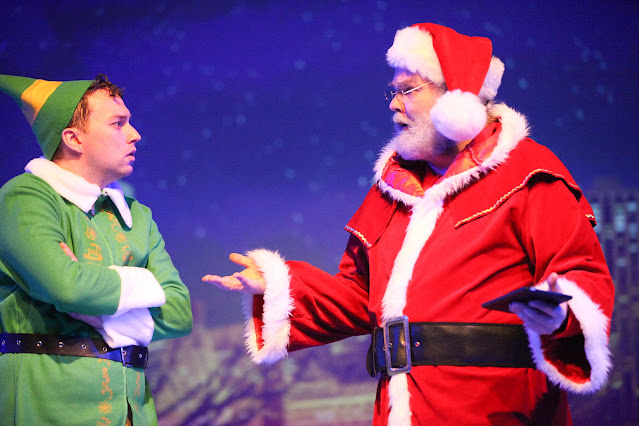 The holidays are here and that means every theatre company is ready to debut their respective shows this season. Some are old favorites while others are lesser known works. The Edmonds Driftwood Players went the musical route with arguably the best known “recent” (twenty years or less) holiday film, “Elf”. What this means is that there is a built-in audience for this show and even on a dress rehearsal night, there were plenty of people inside the Wade James Theatre.


The story is pretty true to the film and that’s a good thing. Of course this is a musical so there’s plenty of singing (and dancing) to be had.


Jordan King as Buddy was absolutely stellar. He captured the essence of Buddy without being a Will Ferrell copycat. He was a triple threat as he could act, sing, and dance (his dance background was not a surprise upon reading the program after the show). 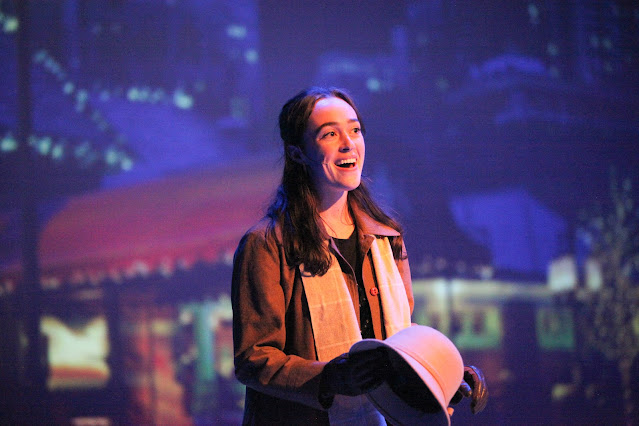 Sydney Penticuff as Jovie was equally as talented in her oh so important role as Buddy’s love interest. The two actors together were a sight to behold.


Another strong point of the show was the ensemble. The group numbers were fun and the vocals were noticeably strong. A few of the actors may have been stronger in the acting department but nothing that detracted from the group as a whole.


If you love the film, you’ll love the musical. If you’re in the holiday spirit, the musical will fill your heart with even more spirit.


If you don’t know anything about the film and your holiday spirit hasn’t kicked in just yet, after watching this show, you’ll leave humming a tune with a jolly holiday spring in your step.


Purchase tickets here: Normally I would post the ticket link here but all of the shows are sold out!  Contact the theatre to get more information about a waitlist, etc.  But the fact that the run has already sold out tells you a lot about this show!
Edmonds Driftwood Players Official Site
Email Post