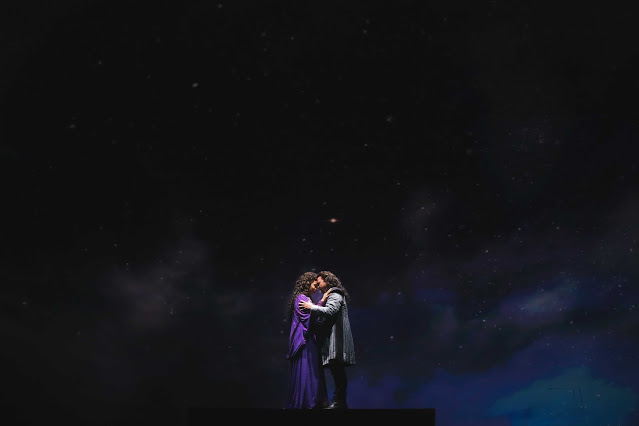 (Mary Elizabeth Williams as Isolde and Stefan Vinke as Tristan. Photo credit: Sunny Martini.)
As soon as the 2022/2023 Seattle Opera season was announced, this show immediately stood out to me. I first heard a piece of music from Tristan & Isolde when I was in college many moons ago. It was so powerful and emotive that I immediately bought a CD of it from the Tower Records in Bellevue, WA that afternoon (which I still have). So, to get an opportunity to review the actual Wagner opera that that music came from was a full circle moment for me.


Before a tragic personal matter sidetracked much of my enthusiasm for the performance (which had absolutely nothing to do with the show - let me be clear), I was still in some small way looking forward to the performance.


I really enjoyed the majority of the performances. Mary Elizabeth Williams as Isolde was every bit the singer as well as performer that the role required. Her vocal projection was soaring and sweet. Her performance was nuanced and engaging. Ryan McKinny as Kurwenal was what Tristan should have been in my eyes. Strong, charismatic, with a voice to match. 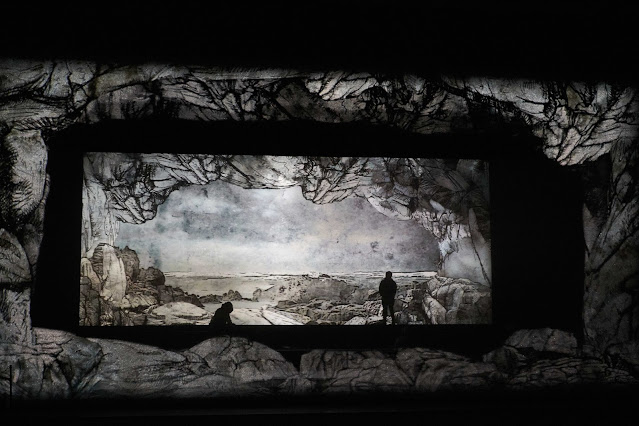 Stefan Vinke as Tristan was good but his vocal projection was a bit of a sticking point with me. Since he’s the focal point of the story (along with Isolde), the performance requires a powerful characterization and I just didn’t feel that when some of the songs were sung (not all). During Act II it almost seemed like Mary Elizabeth Williams restrained her voice so that Stefan Vinke could find a way to match hers. With the characters expressing their undying love for each other during that act, the voices needed to come together as one - and it was honestly all over the place.


This Argentinian based production had its hits and misses as well. I enjoyed the use of dimension throughout the production. Purists may balk at the idea of having video screens on stage but, at times, it worked. Having said that, one of my misses was the content of those videos for some of the scenes. One in particular looked like a twenty year old home video shot on VHS-c. There was another where the video took over the entire stage and it was distracting from the beautiful performance by Mary Elizabeth Williams. The front scrim needed to be raised more than it was. There were times when it was used for effect but it was over done. I want to see the performers on stage. An effect is fine for a little while but it shouldn’t be something that overtakes the performance.


Overall, even with the aspects that didn’t work for me, I did enjoy the performance. The length was not an issue (which I thought it might be) and it flew by for the most part. And the positives did outweigh the negatives.