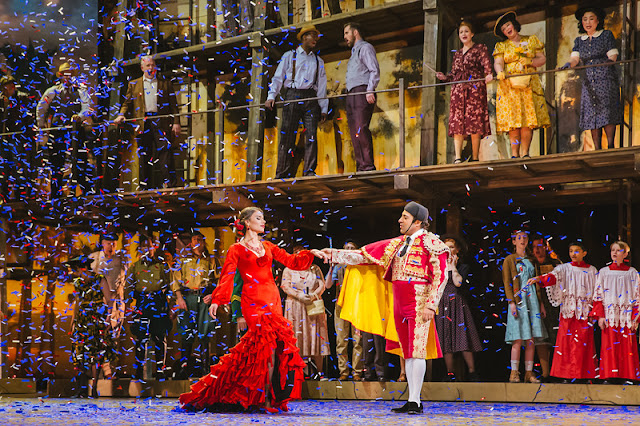 For the unfamiliar Bizet’s “Carmen” is one of those operas that have stood the test of time. If you were to see only one opera this season, this would be it. New converts such as myself have been salivating at the chance to see the Seattle Opera’s production of “Carmen” since it was announced.

And let me tell you it did not disappoint!

The timeliness of a strong female character in today’s world is nothing new. However, back in 1875, when “Carmen” first premiered, it was a threat to society. The juxtaposition of old and new came through in this 2019 production of the famed opera albeit in small doses. 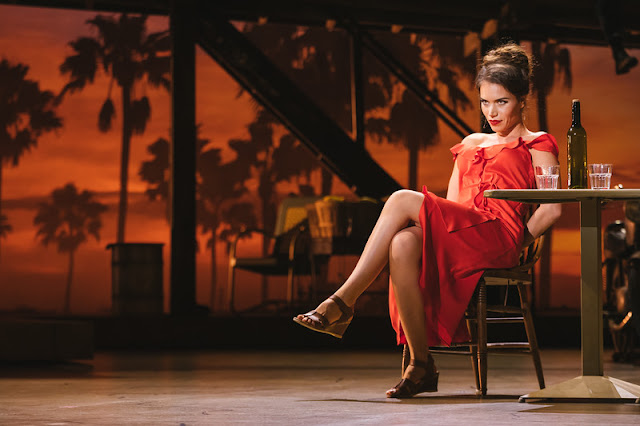 
Opening night was similar to that of opening night in January. I arrived early to take in the sights – aka people watch. Tuxes, gowns, suits, dresses, and more casual wear, were all in abundance. The air was filled with anticipation of the event about to unfold. For the uninitiated, they may be intimidated by the stereotypes of what an opera audience is like. “Oh, it’s only for the rich” or “only snobs attend the opera”. Nothing could be further from the truth. As in January, Saturday night was filled with smiles, laughter, courtesy, and pleasure. Of all the things that have surprised me about attending an opera performance, the environment and lack of pretense is what has stood out the most (in my young opera reviewing career). Simply – opera audiences want to enjoy the performance. No different than a rock concert, musical, or theatre production. The Seattle Opera deserves at least one go around for the newbies out there (and remember I was one of you just last year so I speak from experience). But I digress.

The sets were astonishingly well done. I loved the three dimensional quality to all of them, particularly Act III. They helped set the stage for the performers.

Ginger Costa-Jackson as Carmen had me at a loss for words. Her performance was everything I hoped it would be and more. The strong character, who knows who she is and what she wants, came across in perfect measured tones when appropriate throughout her performance. The sexuality was in abundance as well but not overtly unless called for.

Her voice is from another world. While I don’t possess an opera music background, I am a musician so I tend to notice the vocal performances first, followed closely by the music from the orchestra. Ms. Costa-Jackson’s vocal prowess was beyond measure. They could not have cast a better performer than her. 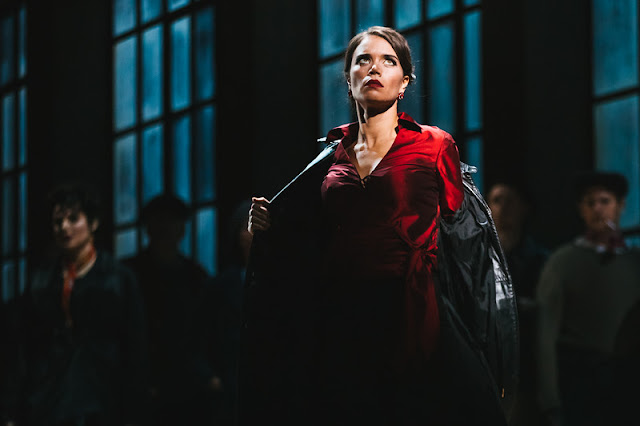 
Don Jose’ is another lead character. It was no small feat that the scheduled performer had been ill so Frederick Ballentine stepped into the role on opening night. If it had been a more minor role, that’s one thing. But this was a lead role. If the announcement had not been made prior, I would not have known Mr. Ballentine was not the scheduled performer for the evening. That says it all, really. A beautiful tenor with enough infatuation and eventual angst in his performance to make the audience feel the threat that he becomes in the story, Mr. Ballentine not only rose to the occasion but welcomed it. Wonderful!

The extensive cast was incredibly well rehearsed and there just a – joy – emanating from the stage Saturday evening. When an audience demands several curtain calls, you know the performance was a hit in anyone’s book. 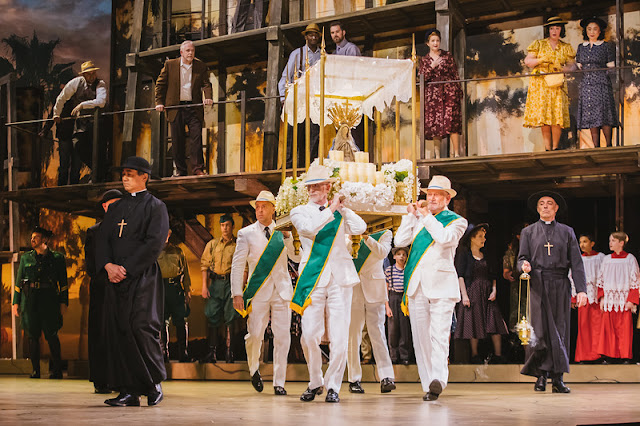 
“Carmen” was grand, expressive, and interest-turning for this reviewer. While I’ve enjoyed the first two productions I’ve covered, “Carmen” is the one that made me say to my friend as we left, “I’m hooked”.

“Carmen” cast her spell over me just like the character in the opera. And you know what? I’m extremely happy about that.  Bravo!

Thank you: Gabrielle for the opportunity. It was a pleasure meeting you.  I’m looking forward to the next opera! 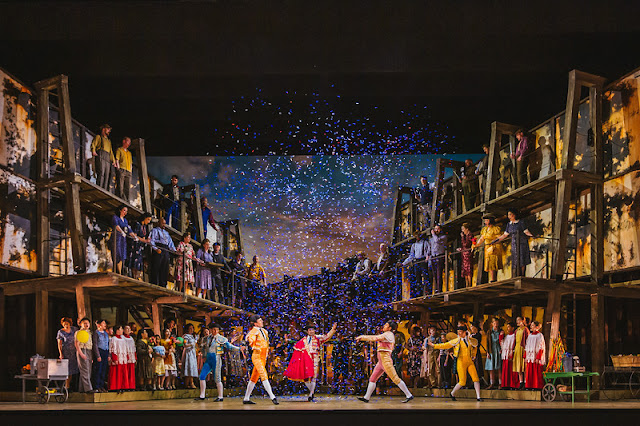 Posted by Eclectic Arts at 7:42 PM