SCHOOL OF ROCK The Musical 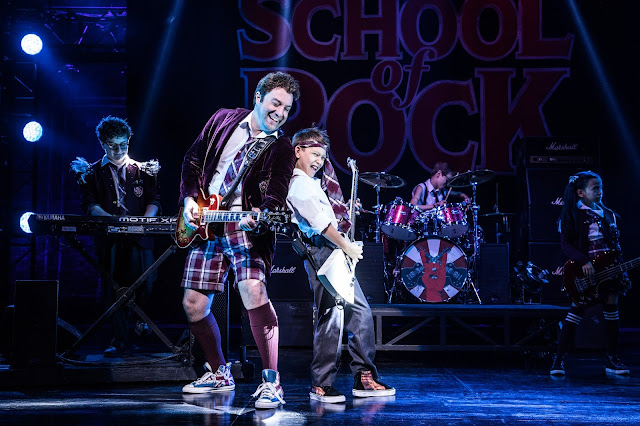 (School of Rock Tour - Photo by Evan Zimmerman - Murphy Made)

Musical theatre guru Andrew Lloyd Webber bought the rights to the comedy classic, “School of Rock”, and turned it into a family friendly event for the stage. For the many that loved the film, this was welcome news. For those that weren’t familiar with film, it was an intriguing idea taking a child heavy cast and mixing them with adults and a rock n roll concept.

Tuesday evening at the Paramount Theatre in Seattle, opening night, class was in session.

The cast was led by Merritt David Janes as Dewey, a down and out musician, who leaches off his former bandmate Ned and Ned’s wife Patty. With relatively no musical talent and no income, Dewey is close to being kicked out of his friend’s apartment.

Through a call intended for Ned, Dewey sneaks his way into the role of substitute teacher at the prestigious Horace Green, in hopes of getting the cash together to pay back his overdue rent, and possibly get himself into the Battle of the Bands with a new band.

Well, if you’ve seen the movie you know what happens. If you haven’t, then the show itself is very easy to follow. 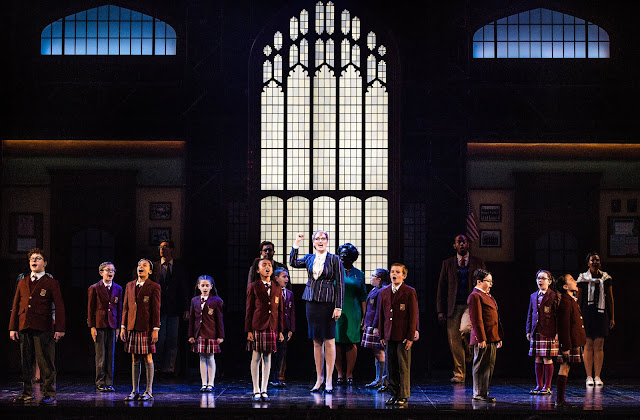 So, let’s get down to it. Any time you take a character that is synonymous with an actor (in this case the fantastic Jack Black) from a film; it’s always going to be difficult to walk the line between homage and parody. When you think of the film, you think of Jack Black. Period. Merritt David Janes had a tall order to live up to. His comedic timing had to be on point last night. It was. His musicality had to be on point. It was. His ability to cross the threshold to make the audience believe he was Dewey had to happen. It did. In other words, he did a grand job portraying the character which was no easy feat.

Lexie Dorsett Sharp as Rosalie, the principal at Horace Green, was stunning musically. Her solo piece in the second act stood out. The film role, played by Joan Cusack, was yet another tough role to take on for anyone. But, Lexie did it in such a way that I actually forgot about Joan Cusack – and that’s saying something.

The young actors who make up the students were as talented as can be. Sami Bray as class leader Summer was perfectly cast in the role. She was smart, sassy, and believable. Camille De La Cruz as the shy but powerhouse vocalist Tomika built up her vocal debut perfectly.

A prerecorded message from Andrew Lloyd Webber before the show started said that the entire young cast was indeed playing their instruments. As a musician myself, it was easy to see that this was true. Of course there’s a band in the orchestra pit for the entire show but when the students of, “School of Rock The Musical” jammed it out (drums, bass, guitar, keyboards, and vocals); everything went up a notch or three. 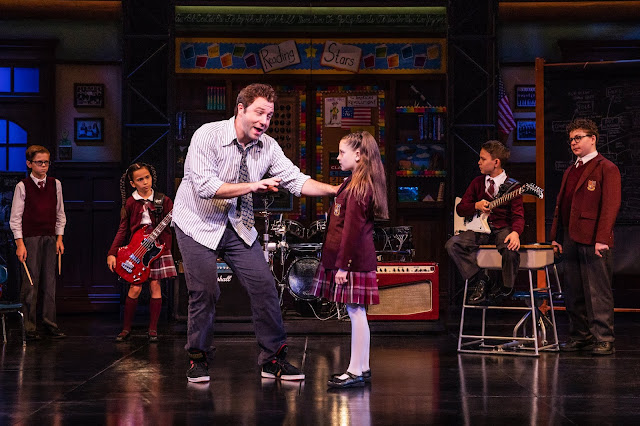 (School of Rock Tour.  Photo by Evan Zimmerman Murphy Made)

Singing, playing instruments, dancing, and acting – the young cast was impossible to ignore. A great mix of talent up on that stage Tuesday evening.

The show didn’t deviate too much from the film. If you liked the film, I think you’ll like the musical. I think the musical would also work for those new to, “School of Rock”.

There were many families in attendance and much laughter in the all the right places. By the end of the show, the audience was cheering like they were at a rock concert – for real.

“School of Rock The Musical” is a fun event for the family. There are a few words in it that some parents may take exception to but overall it’s presented as an event that all can attend.

The school is holding court at the Paramount through Sunday. Tickets available here: TICKETS! 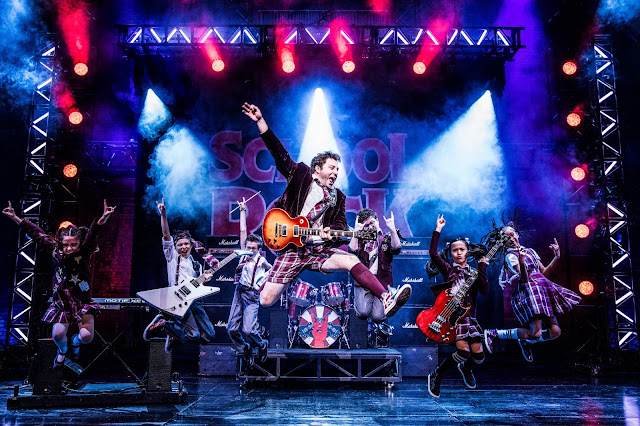