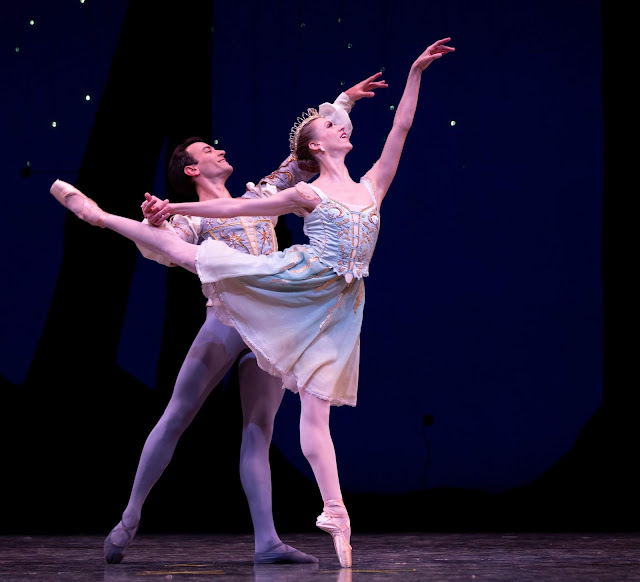 
There is always something that strikes me that changes the course of my interest in any given art form. This is now my fifth Pacific Northwest Ballet event that I've covered for Eclectic Arts. While I won't divulge in this review what that one "something" was that changed my interest from curious to fanatical (look for that in a future article), I will say that I was so looking forward to the performance on Friday evening.


As per usual I won't go into the plot details very much as I would rather the reader attend a performance for themselves, the story was divided into six scenes and two acts. 
Act I set the stage with Titania (Laura Tisserand), Oberon (Kyle Davis), and the mischievous Puck (Jonathan Porretta), the staging (Francia Russell) and scenic and costume design (Martin Pakledinaz) certainly brought the audience back to Athens on a Midsummer's eve. I found there to be small similarities between this production and the perennial powerhouse, "The Nutcracker". Certainly the involvement of the PNB School of young dancers as well as the Professional Division teens helped in that regard. It's such a rarity where you get to see the younger and newer talent work with the highly skilled and trained professional talent in any realm. What a magnificent way for the younger students to learn from their professional counterparts by rehearsing and performing with them. Bugs (that's what I call them) and fairies abound as the story unfolded. The story is light and whimsical for the most part, which also lends itself to that comparison to the holiday favorite.


Jonathan Porretta was his veteran self as Puck. Captivating, humorous, and a joy to watch, Jonathan brought every ounce of character to Puck as he possibly could. Laura Tisserand danced like she had performed this piece a thousand times over. Fluid, graceful, with arm and hand movement that accented her performance, she was in the role for a very good reason. Of course Kyle Davis made his performance look easy, that's what the best professionals do. And Kyle made the role of Oberon look like anyone could do it - which is a testament to his amazing performance.


As Act I continued, the ever-lovable character of Bottom (played expertly Friday night by Ezra Thomson) got his moment in the spotlight as Titania awakes, completely captivated by him, regardless of the donkey he has become. Ezra made the audience laugh, smile, and moved the story along at exactly the right pace. Considering he had a full donkey head on, that was no mean feat. It was all through gestures, movement, timing, and dance. 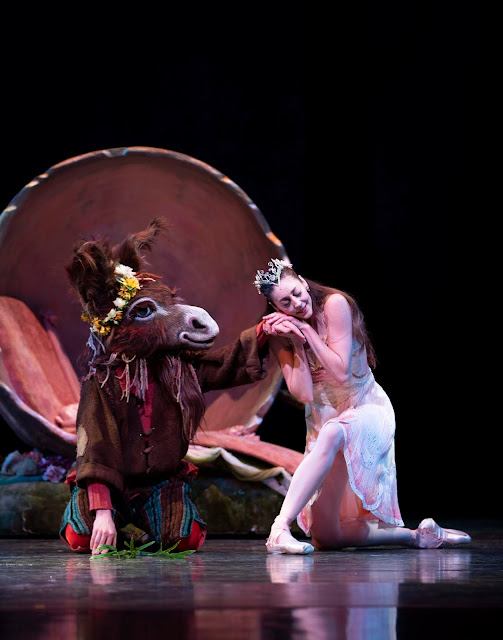 
Act II showcased many different dancers from the company. Lesley Rausch and Jerome Tisserand were the focal point with their exquisite partnered performance. There were times when Lesley's dance movement seemed to be not of this earth. Truly. As if she were floating across the stage like an apparition, she is a principal that the core PNB subscribers have loved for years and it was in plain evidence on Friday evening.


Again, the second act reminded me a little of the set up of "The Nutcracker" where the different characters/dancers took a turn to showcase their skills during any given number.


The performance contained numerous dance pieces as the story eventually ended with Puck.


The scenery was captivating and worked so well with the performances throughout the show. The music (both instrumental and choral) was fantastic. The addition of both soprano and mezzo-soprano parts added an extra bit of artistry to the event.


"A Midsummer Night's Dream" was extremely satisfying. A production that families could enjoy together, it was incredibly well done. Also, considering the time between the last production and this one was short, it's that much more incredible that the company produced such a show of staggering quality in such a short time. 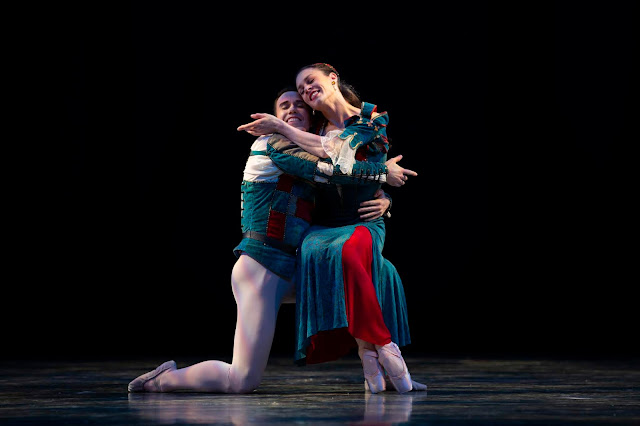 
I keep saying it but I'll say it again - if you only visit McCaw Hall once a year (during late November through December), you're missing out on some world-class ballet the other months out of the year. This production in particular would be a great follow up show to see if you've never seen anything other than, "The Nutcracker".


The amount of time, training, sacrifice, and dedication the Pacific Northwest Ballet company devote to their craft is unbelievable. What they produce on a consistent basis is astounding. Attend a performance and see for yourself. We are spoiled living here in Seattle with a ballet company of this stature right in our backyard. Don't take it for granted. Trust me, I used to. Not anymore. I am immersing myself deeper and deeper into the world of ballet and, thanks to the Pacific Northwest Ballet, it's been nothing but a sheer pleasure.


Special Thanks: Gary for the credentials - thank you very much for the opportunity!