My love of music goes back to my childhood. It is the foundation of Eclectic Arts as well. So, whenever there is a music based theatre production, you can bet I will at least be interested, if not excited, about reviewing said show.

"Always…Patsy Cline" was already intriguing to me solely based on the subject matter. Once I discovered there was a full backing band for the show, I was even more intrigued. So, last Saturday I attended the second to last performance before the show closed at the Isaac Studio at the Taproot Theatre.

Cayman Ilika as Patsy Cline and Kate Jaeger as Louise Seger are the duo that have wowed audiences with this show in earlier incarnations and absolutely mesmerized audiences last weekend. 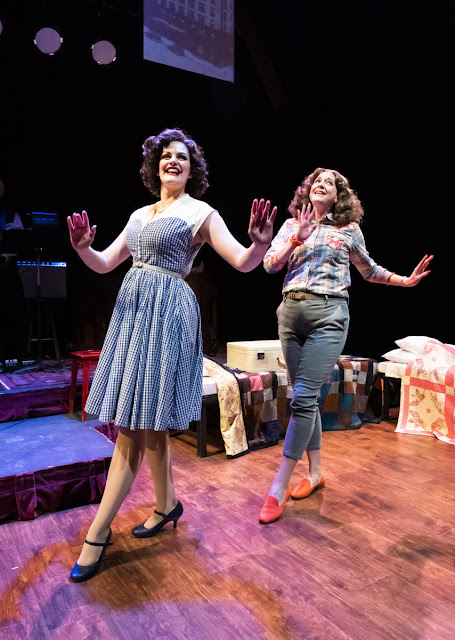 The Bodacious Bobcats Band started off the show featuring Claire Marx (piano/conductor), Olivia D. Hamilton (upright bass), Jesse Whitford (percussion), Justin S. Davis (electric guitar), and Dave Harmonson (pedal steel). Their introductory music was so tight, I knew I was in for a good afternoon. The band members showcased great musicianship all around - there were no weak links.

"Always…Patsy Cline" centers around a fan, Louise Seger, that loved Patsy Cline's music. She befriended Patsy at a local show and the two became like-minded friends.  The show is based on a true story.

All throughout the show, Cayman Ilika sang over twenty-five Patsy Cline tunes while Kate Jaeger told the story through dialogue, backup singing, and comedy. Cayman has a wonderful voice - and it made it a sheer pleasure listening to her renditions of Patsy Cline classic songs. The chemistry between Cayman and Kate was as perfect as could be. The comedic timing of Kate was spot on and the show just seemed to whiz by - making me wish there was another hour left of the show when it was over. 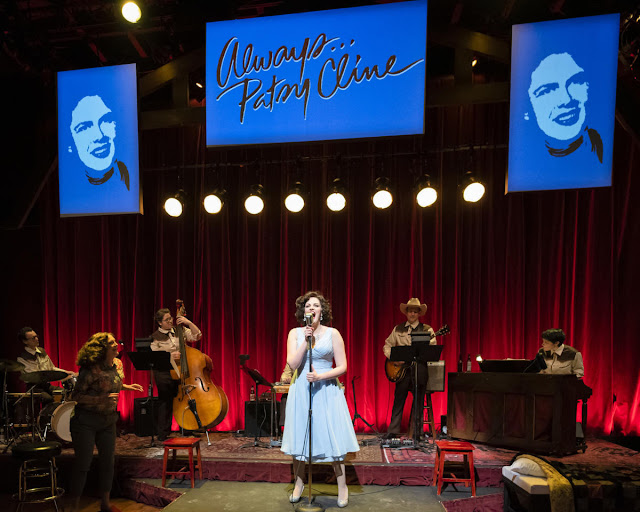 We were told that one of the cast members was under the weather. Who that was remains a mystery as I couldn't tell from the performances Saturday afternoon. The show worked on every level. I only wish I could see it again. It was that good!

The world lost Patsy Cline in an airplane accident much too early. She left behind a catalog of music that still stands to this day. When your art still resonates with an audience decades later, you've truly passed the ultimate test - the test of time.

Special Thanks: Isaiah for the credentials - thank you so much for the opportunity! Hopefully my schedule and medical issues are behind me now. I'm looking forward to the next show at the Taproot Theatre.