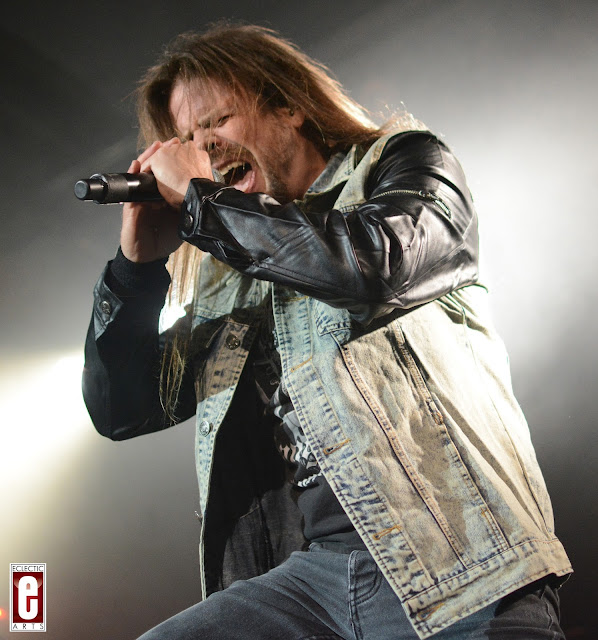 The (mostly) local metal heroes Queensryche scheduled a gig a few days before the new year. Having played the Snoqualmie Casino many times (last being in January), this would be the bands last gig of the year before entering the recording studio in early 2018.

The show opened with local band Iron Dragon. A four piece that plays 80's inspired metal original and cover tunes, Iron Dragon have an indirect connection to Eclectic Arts. Guitarist Kip (Eric) Camaro and Eclectic Art's own Mark Sugiyama are both alumni of Lake Washington High School. We also both had Rick Knotts of Rail fame as our guitar teacher for a spell. Eric was a fine guitarist way back then so I could only imagine what he was like now.

The band started off with a cover of Europe's, "The Final Countdown". Kip Camaro should add "eight fingers" to his name as he dazzled with his eight-finger technique on several songs. Mixing up the set with originals and other cover tunes like, "The Trooper", the band was an appropriate selection for the bill.

After a fairly quick changeover, the lights dimmed and Queensryche took the stage. Blasting into, "Guardian", the band ran through a set of tunes covering different parts of their career. Having seen Todd LaTorre two times prior, I knew that the band would be pulling songs from the early part of their career. This is one of many reasons the fans have been coming out to the shows since Todd took over on vocals.

Dusting off, "The Lady Wore Black" was a very nice choice as was bringing, "I Don't Believe In Love" back into the set since the last time I saw them.

Michael Wilton and Parker Lundgren were in fine form. I've said it before and I'll say it again - I would love to see Parker handle a few more DeGarmo solos instead of Michael who's been playing them since DeGarmo's departure many years ago.

Eddie Jackson on his five string bass was as adaptable as ever. Casey Grillo from Kamelot has been filling in almost all year on the drums for Scott (who's been on paternity leave since the birth of his son). Casey did a fine job behind the kit. There were a few Scott drum fills I would of liked to have heard played like the albums but that's a very minor quibble.

Mr. LaTorre sang every song like he meant it. He always does. I'm only speaking for myself but I find it really awesome that in 2018, I'm writing about Queensryche as a band and not a punch line. I had given up on the band toward the latter part of the other singer's tenure in the band. Ever since Todd joined, I (and many others) have a renewed interest and love of the band. For that I'd like to say thank you! And this is coming from a guy that bought the original 206 Records EP at Easy Street Records in Bellevue back in the day.

The set list also had the classic tunes with four from, "Empire", three from "Rage for Order", and four from "Operation Mindcrime".

The sold out crowd at the Snoqualmie Casino got to see their hometown band in amazing form. The new album should hopefully see the light of day some time in 2018 with more touring to follow I'm sure.

Special Thanks: Kelly for the credentials - I really appreciate it! 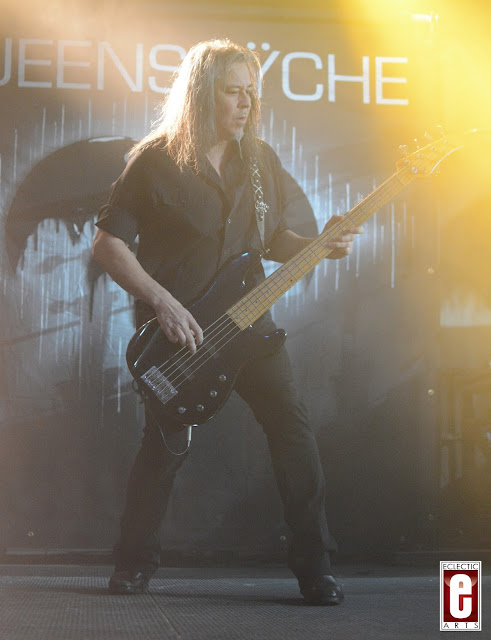 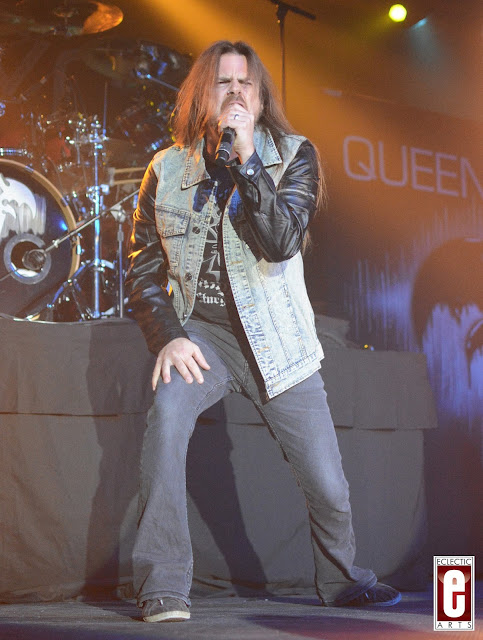 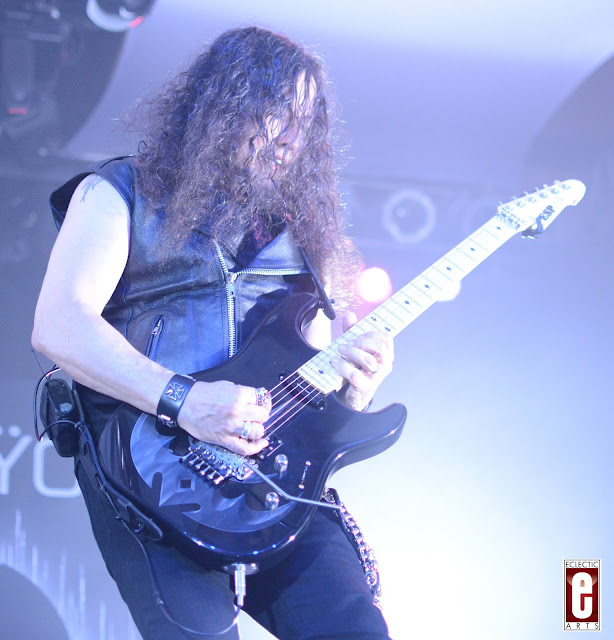 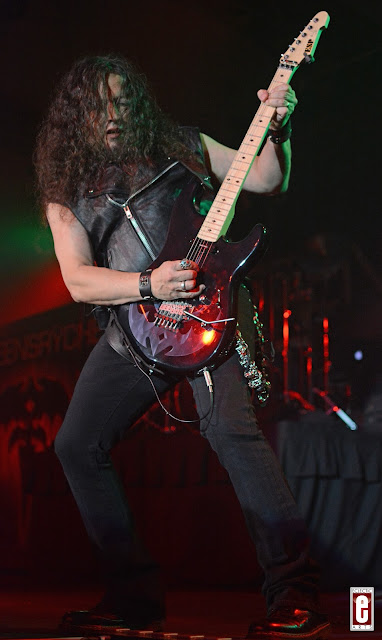 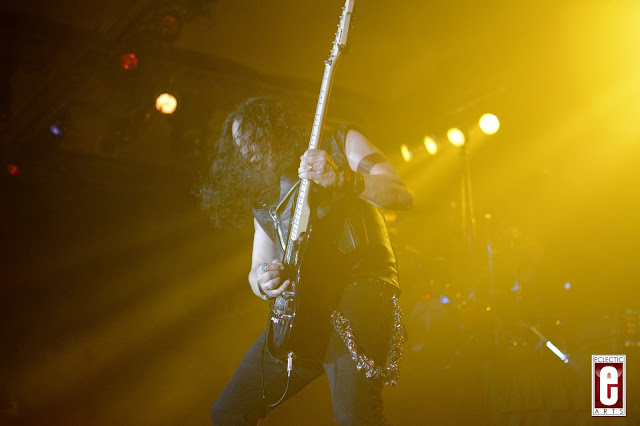 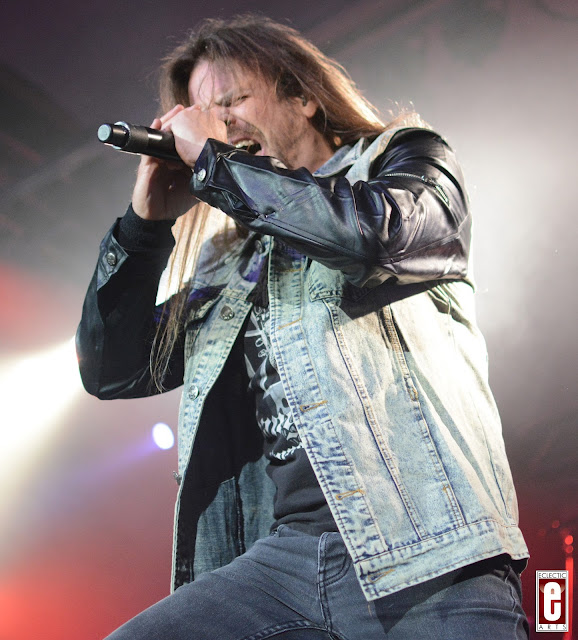 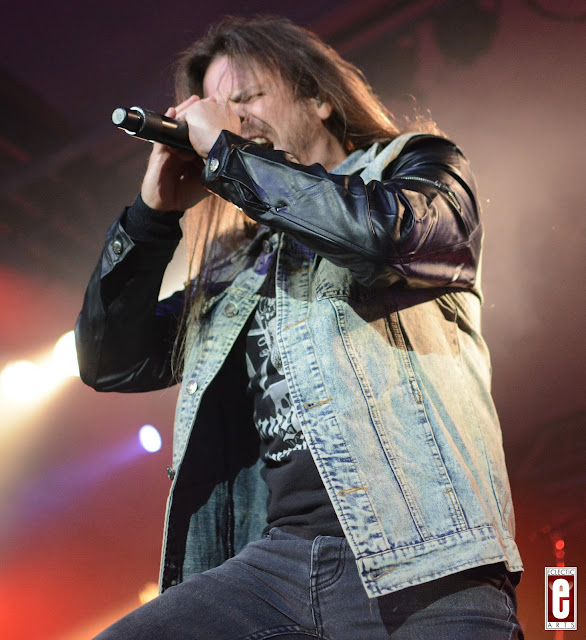 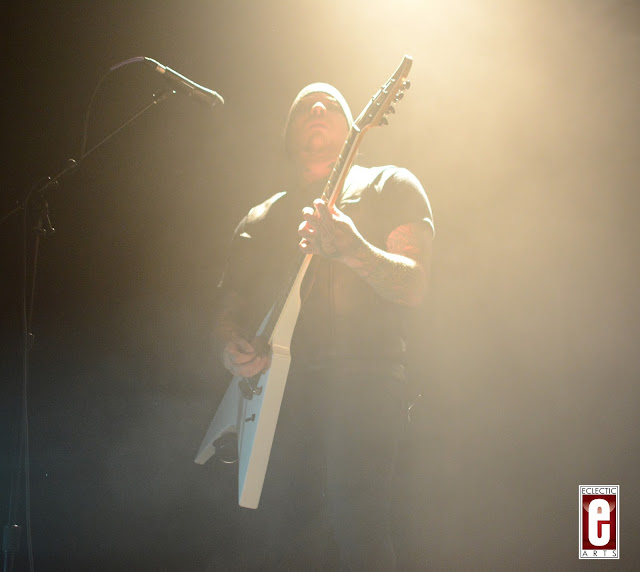 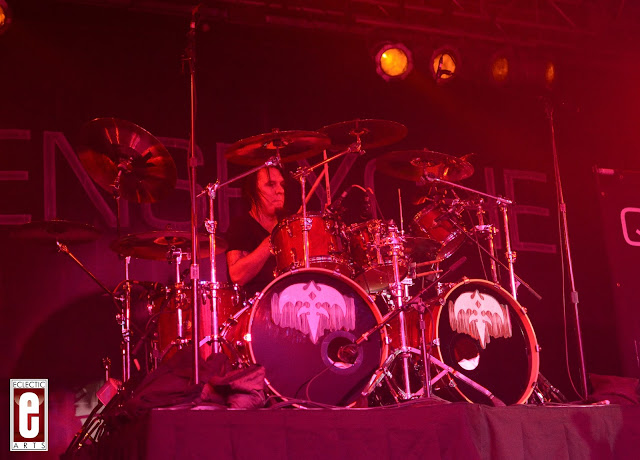 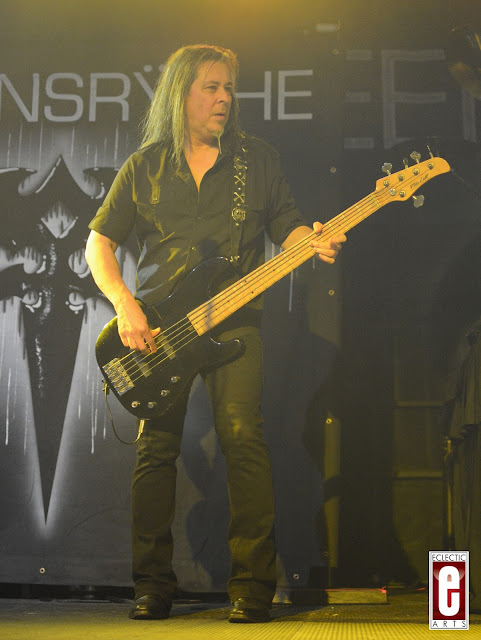 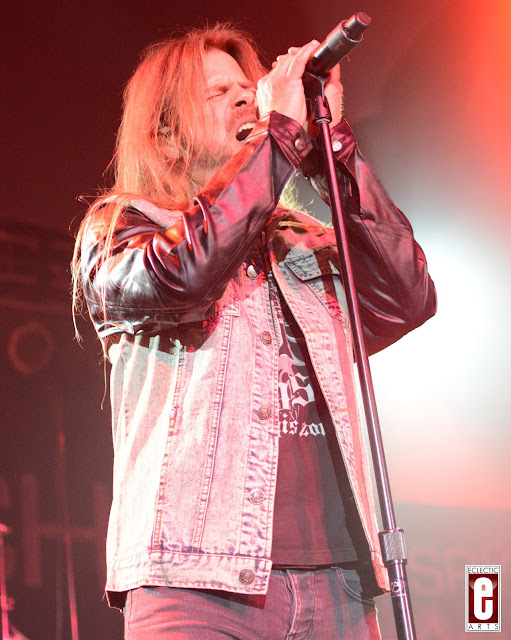 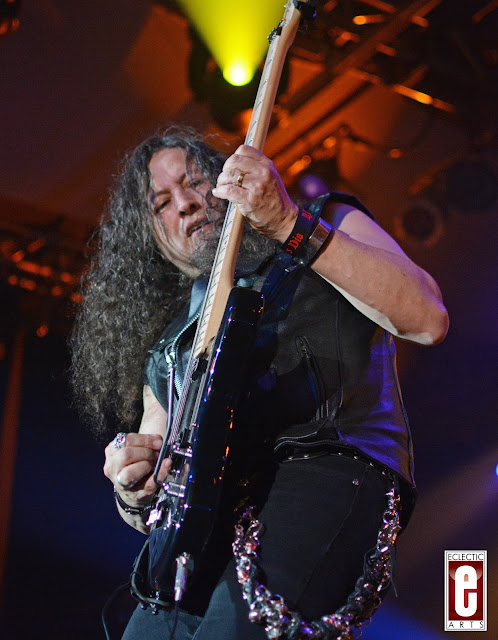 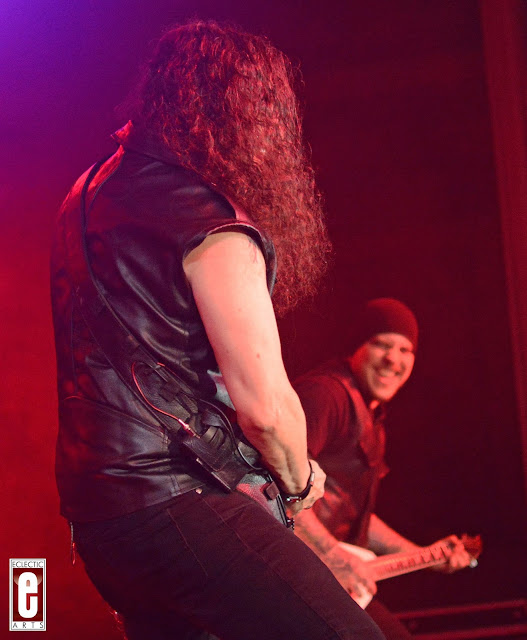 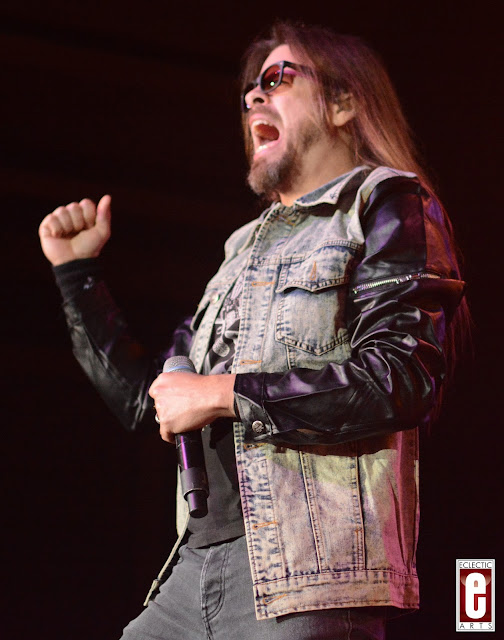 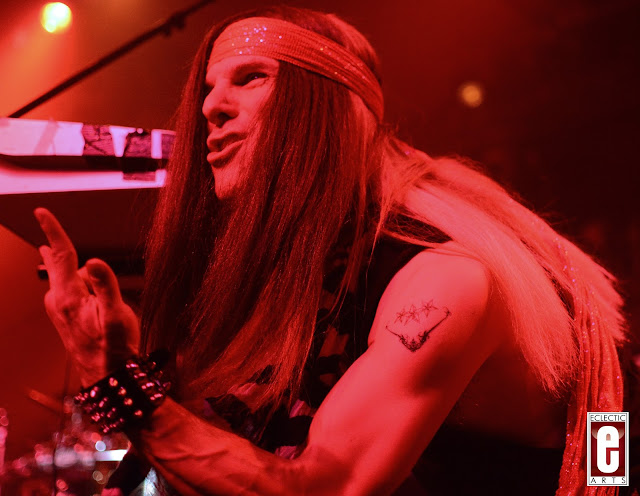 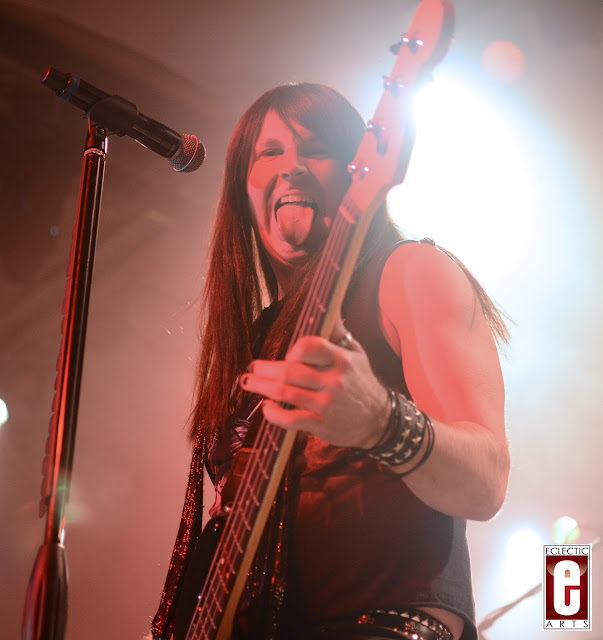 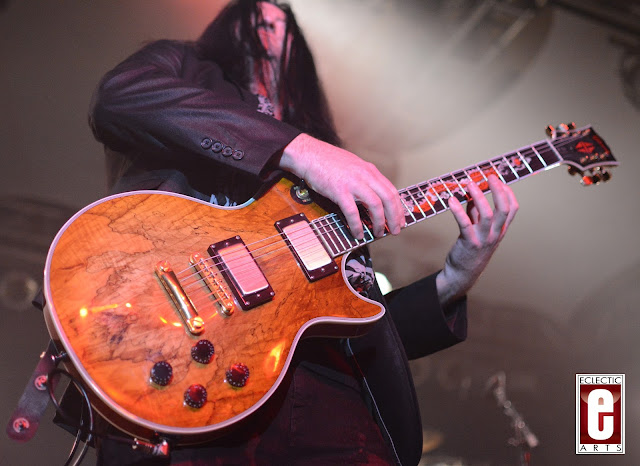 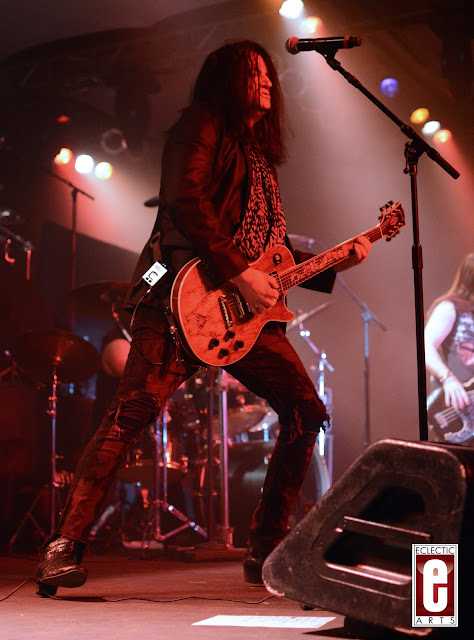 Posted by Eclectic Arts at 2:35 PM