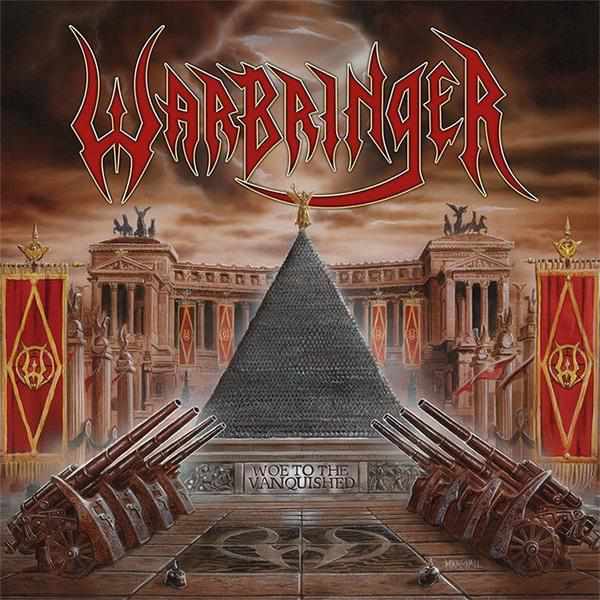 Having grown up on late 70's and 80's metal, I can always appreciate a band that pulls from the metal that I grew up with. Warbringer are one such band. Having toured relentlessly for their latest album, "Woe To The Vanquished", the band stopped by Studio Seven on Friday as special guests of Darkest Hour. Warbringer are doing a short string of dates before the holidays, with a few headlining gigs as well.

The bands 45-minute set was eagerly awaited by many in Studio Seven, including a large group of under 21's on the main floor (the second level is where the bar is for those unfamiliar with the venue).

Once the entrance music stopped, John and the boys launched into a thrashtastic set of old and new tunes. Constantly encouraging the fans to get into the pit, the five piece played their asses off to a very appreciative crowd.

Metal bands that don't tour fall behind. One could argue the same of any type of band but with metal, it's all about the stage, getting out there and playing your music to your fans (and making new ones in the process). The vans with trailers, driving hundreds of miles between gigs, sleeping on the floor or wherever you can find space, loading in your gear, loading out your gear, meeting the fans, selling your merch, and then doing it all over again - the road will weed out the weak.

Warbringer have proven over the years that they are all about the metal. Weakness is not in their vocabulary. Until next year - all hail Warbringer!

Special Thanks: Jon and Katy for the credentials. I appreciate it! 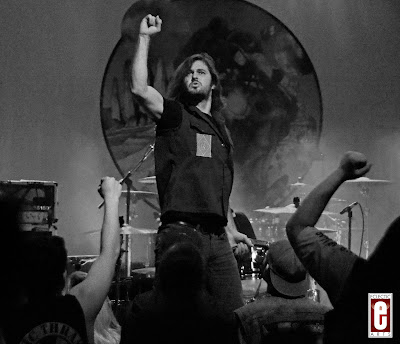 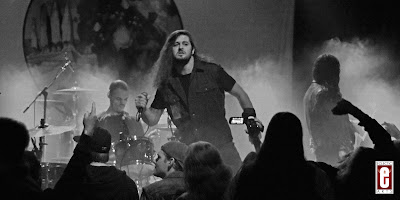 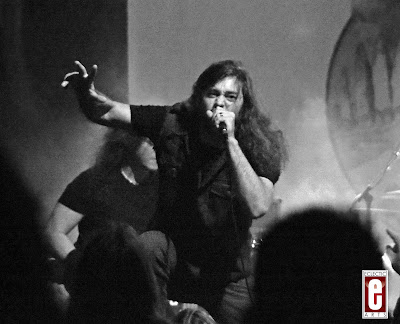