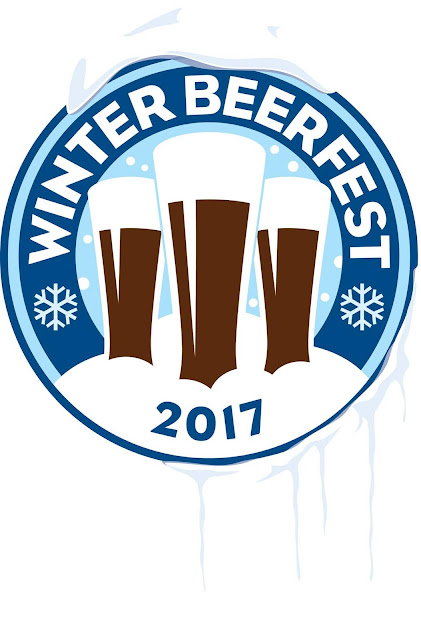 The first weekend (Fri/Sat) in December means many things to everyone but to me it means BEER! The Washington Brewer's Guild Winter Beerfest 2017 in Seattle, WA goes back to the Hale's Palladium days (maybe earlier). Since the move to Hangar 30 at Magnuson Park, I have attended the festival regularly. Three sessions spread out over two days (one on Friday, two on Saturday), I was fortunate enough to be credentialed as media for one session - and I picked Session 3, as it was the Saturday night session.

Beer festivals are fun in numbers. This year there were at least fourteen other people that I knew/met so some of my report may be sprinkled with their observations of the brews they sampled.

Upon entering the festival, one thing was different from last year - they kept some of the house lights on. Please keep doing this! Last year it was so freaking dark that toward the back wall you couldn't see much of anything. Having partial light allowed those breweries with festive lights to still be seen properly and those that didn't to be seen period. Thumbs up to the organizers. 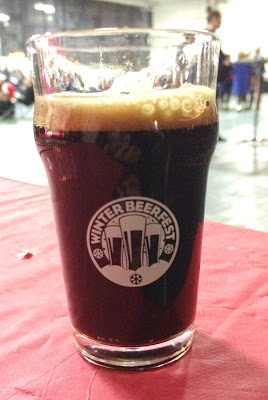 Everyone has his or her way of approaching a beer festival. The geek has already jotted down which beers he or she wants to get to first from their laundry list of "ticks" (like ticking off a list). Others beer shop and try what sounds interesting, what draws them in like the set up (Dirty Bucket won for best booth at my session - hi Steve!), what others have said about a beer from a particular brewery, etc.

Me? Being both a beer geek and a casual beer guy, I opted this year to hit what I wanted, regardless of ABV (something I normally don't do). Fremont hit the spot with their first rotational of Cinnamon Coffee B Bomb. Beautiful balance, rich, thick mouthfeel, everything I expected from Fremont. Last year I waited too long and by the time I got to their booth, their rotational kegs had kicked, as had their other dark barrel aged varieties. So, I was already up one compared to last year.

The festival wasn't too crowded at the start - a bunch of wet coats and jackets as it had been raining most if not all of the day, including when we were in line outside. The attendance picked up during the first hour to where it was packed (I later found the session sold out). Food trucks were lined up outside as well just like last year.

I kept things dark and interesting via Counterbalance, Slaughter County, and 7 Seas while I also went the holiday festival ale route with Rooftop, Port Townsend (personal favorite of the festival - such an underrated brewery IMO), and Anacortes that had a cask of their Noel Ale available.

A few breweries were absent this year that I'm used to seeing in attendance (Naked City and Santa Don for sure).

I had too many sips of other beers from my beer brethren but there were some definite consensus misses (I won't name them here but one was a drain pour - yeah, it was that bad - and I can choke down almost anything so that's saying something). But, hey, that's part of the fun of a beer festival - trying out new beers or breweries that you haven't had before. If you don't like one, there's always another that you will.

The vibe during the event was fun and relaxed - like most beer festivals are. A wide mix of people in attendance, all looking to have a good time with some good craft beer, made for an excellent night. 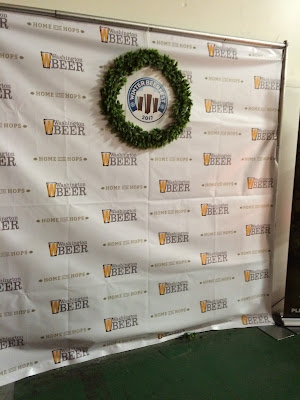 The move to go to plastic tasters was smart this year. Since the festival is in a hangar with concrete floors, the "ohhhhhhhhs" when someone drops their glass tasters (happens at every festival where the glass can actually break) was for the most part gone. The Washington Brew Fest in June is on grass so glass works out ok there. But for anything in Fisher Pavilion or here, plastic is the way to go.

WABL had their area set up like they did last year. I've been a member longer than I can count and was wearing my shirt from like three years ago as it's one of my favorites.

Eclectic Arts has been building its reputation on being diversified. I had a personal goal this year to bring that back to EA as it was getting way too concert focused in recent years. So, in many ways, covering the craft beer scene is going back to my roots both as a media outlet (I interviewed Black Raven, Dirty Bucket, and Foggy Noggin in 2012) as well as a consumer (I've been around the Washington craft beer scene since Grant's got things rolling over in Yakima many years ago). I also worked for a local craft brewery for a short but fun stint.

The Washington craft beer scene is alive and (seemingly) well. There were definitely new breweries in attendance this year. For next year, I would love to see some added holiday decorum around the hangar itself if possible but that's a minor quibble. People are there for the beer first, the time of year is just a bonus.

Be on the look out for announcements via social media in the fall for ticket sales for the 2018 Winter Beerfest event. And while you're waiting for that, check out the upcoming Belgian Fest in January and the Cask Fest in March.

Special Thanks: Matt for the credentials. I sincerely appreciate it and hope I can cover more events in the future! 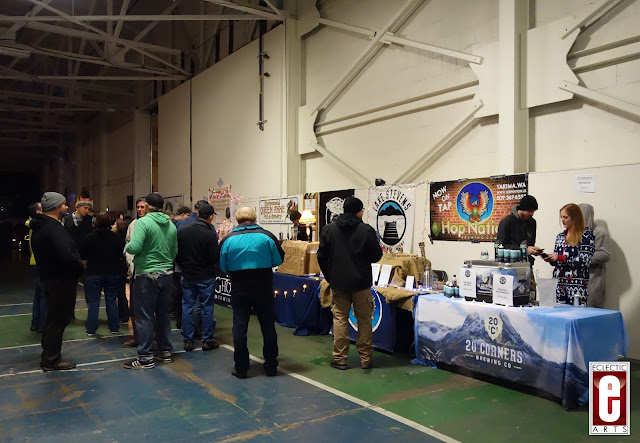 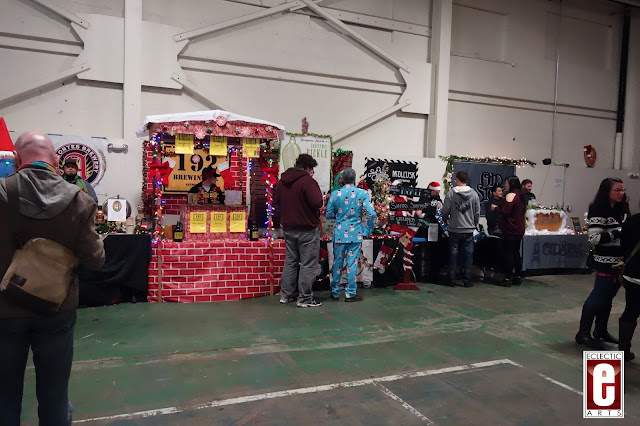 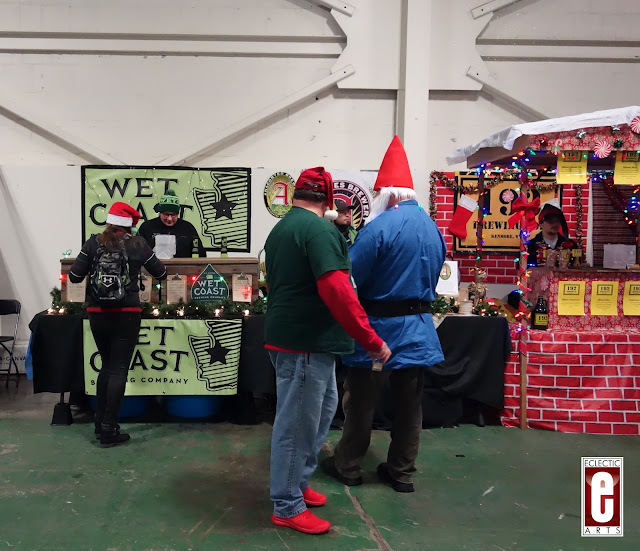 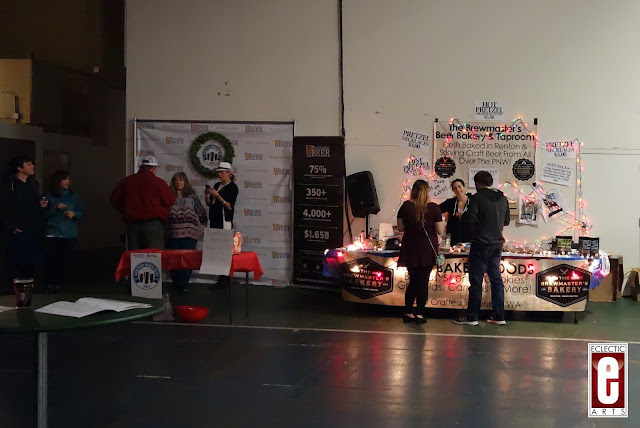 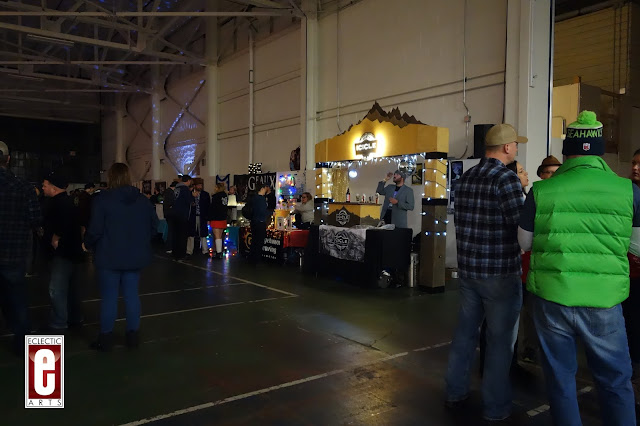 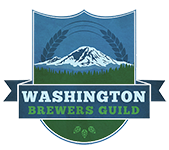