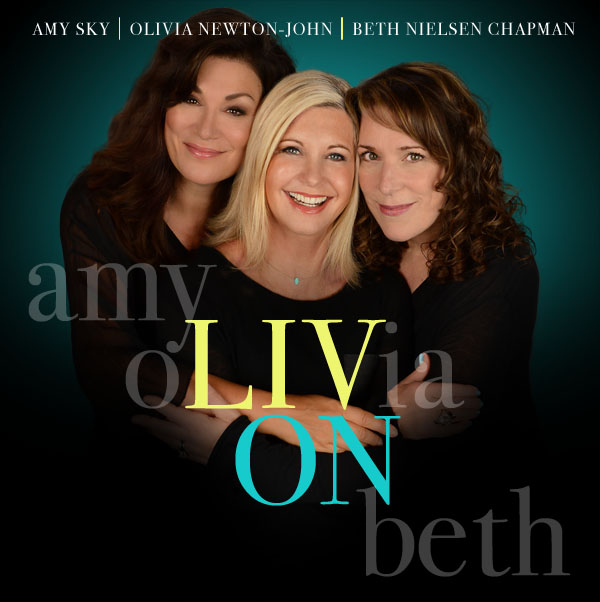 In the years of doing Eclectic Arts, and even prior to EA's existence, there have been certain shows that are not merely concerts.  They are events something much more meaningful than artists performing songs on a stage.

LIV ON is a project that features three incredibly talented individuals.  Amy Sky, Olivia Newton-John, and Beth Nielsen Chapman crafted an album of songs inspired by loss, grief, and inner strength to overcome.  Each artist having experienced profound loss in their respective lives, they wrote and recorded songs to share with others who have experienced the same feelings and cycle of emotions.

The Historic Everett Theater was a perfect setting for this special performance of the LIV ON concept.  A wide range of fans in the audience last Thursday evening, the show started promptly at 8pm.

Backed by two additional musicians, the trio took the stage to much applause.  They launched into the first song from the album, "My Heart Goes Out To You".  With Beth accompanying on acoustic guitar, the sound was crystal clear in the theater.  The harmonies were spot on and with the level of professionalism on the stage, the audience was being treated to true artists that made the difficult look easy.

The title track, "Liv On" was aired next.  A video for the tune was released in the fall when the album debuted.  I've been covering a lot of live concerts over the past year or so for Eclectic Arts.  When you hear/see professionals of the caliber of Olivia, Amy, and Beth, it really stands out.  As a musician myself, there were times I was saying to myself, "daaaang they sound good".

The ladies spoke about their respective journeys through loss as well as their backgrounds at times for the uninitiated.  Amy, being Canadian, made a remark that Canada has "room for us" got a good amount of applause (due to the current political climate).  She also had one of the "best" moments of the night when she forgot the opening lyric to a song she sang lead on.

All three ladies were obviously talented, but also very endearing in their honesty and approach to the evening's performance.  A few stories from the audience were shared - as was praise for each of the performers careers.

Sprinkled among the LIV ON songs was "This Kiss" - co written by Beth and recorded by Faith Hill.  A medley of "happy" themed tunes that was very well done and Olivia Newton-John aired her early career hit, "I Honestly Love You".

The set closed with, "Immortality", a haunting tune from the album.  Poignant and solemn, it closed the chapter on the night in fine fashion.

Without going into too much detail, I found the performance cathartic.  Having experienced a great deal of loss in the last month as well as the last year or so, the songs took on a new meaning hearing them live.  I was very fortunate to be able to express this to the trio after the show in person (thank you Michael C. for the opportunity).

I left the show feeling a bit more whole than when I entered the theater earlier in the evening.  Thank you Amy, Olivia, and Beth for, not only writing/recording this album, but for bringing it on the road to the Historic Everett Theater.  It was an emotional yet healing experience for me.

Special Thanks:  Michael C. for setting me up for the night.  Your communication and understanding shows why you are such a top member of the entertainment community.  Thank you so much! 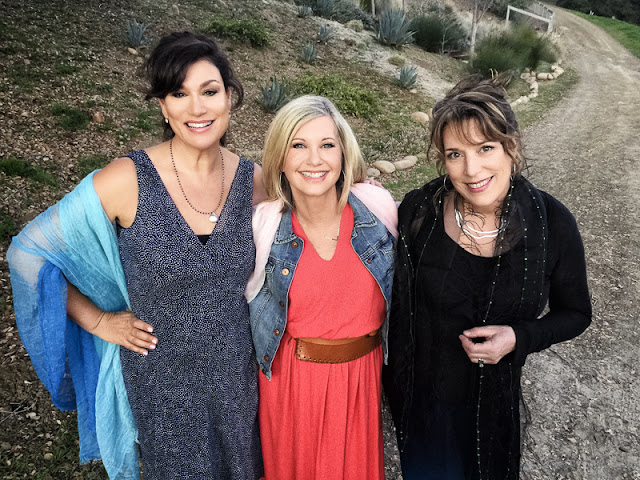 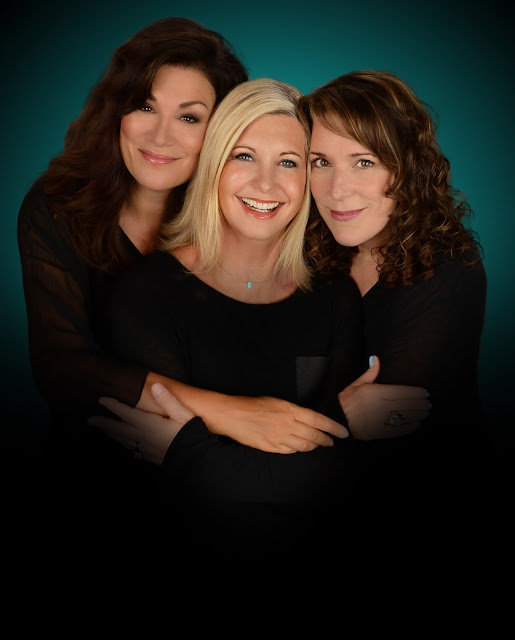 Posted by Eclectic Arts at 3:38 PM