Last year, in September, I was all set to see Marduk.  They had a great bill of bands with them and I hadn't seen the band in many years so I was stoked.  Then the news broke that they didn't make the first few dates of the tour due to visa delays.  Eventually they lowered the boom and said they were canceling their participation in the tour due to the aforementioned visa delays.  The rest of the tour continued on as they had already been doing.

Well, the visa delays were resolved and a new set of dates (and bill) was announced in December.  This past Monday night Marduk returned to lay waste to Seattle!

The long time Swedish black metal outfit, promoting their latest release, "Frontschwein", were bringing long time death metal ragers Incantation with them along with Svart Crown (who ended their participation before the Seattle gig to get back to France).  Due to Svart Crown's absence, three local bands were added to the bill (instead of two).

A line of black metal fans lined up outside the venue at 6:30pm - with the doors opening at 7pm.  The first local band, Xoth, played a well-executed 30-minute set. 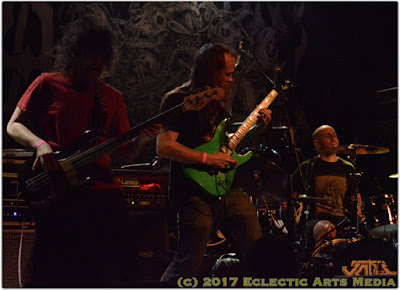 Xoth were followed by the doom metal trio of Dilapidation with A Flourishing Scourge rounding out the trio of local acts. 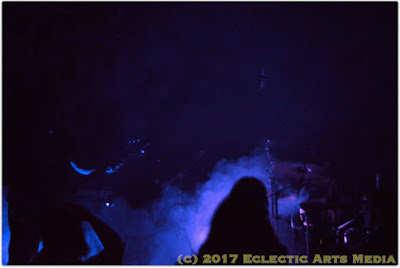 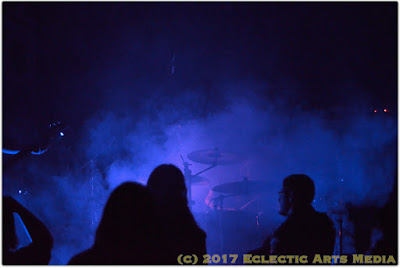 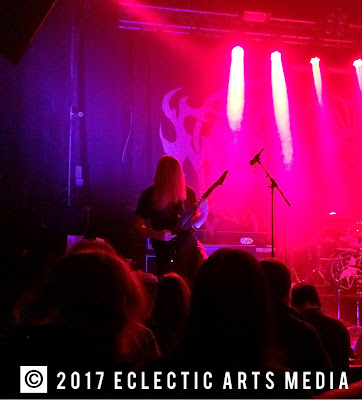 Three different styles of metal from all three locals, the audience gave them a decent response after each set.

Things went up several notches when Incantation took the stage.  Playing a 45/50-minute set, John McEntee and crew ripped through their vast catalog of death metal.  I saw the band many years ago with Cannibal Corpse I believe.  They were great then and they're great now.  The pit broke open during their set (what it could as the audience was smaller than I anticipated for this gig).  Playing their brand of no frills, old school death metal, Incantation were the perfect special guest to raise the energy for the headliners. 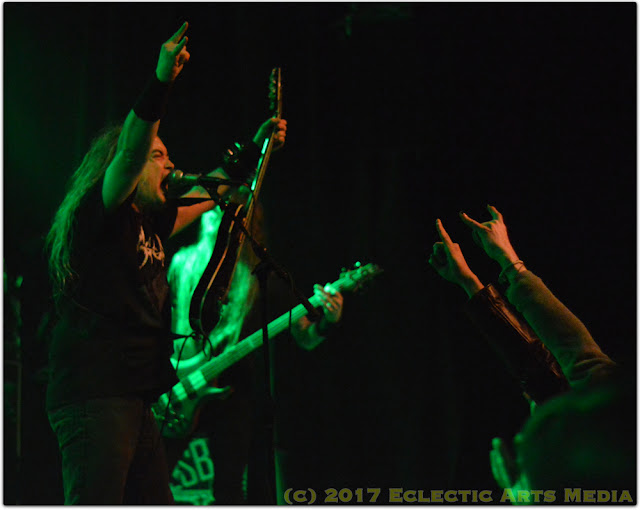 I saw Marduk back in 2001 when they toured the US with Deicide.  They were good back then, a bit sloppy, but it worked for their brand of punishing black metal.  Monday night this 2017 version of Marduk was professional, intense, and commanded the stage. 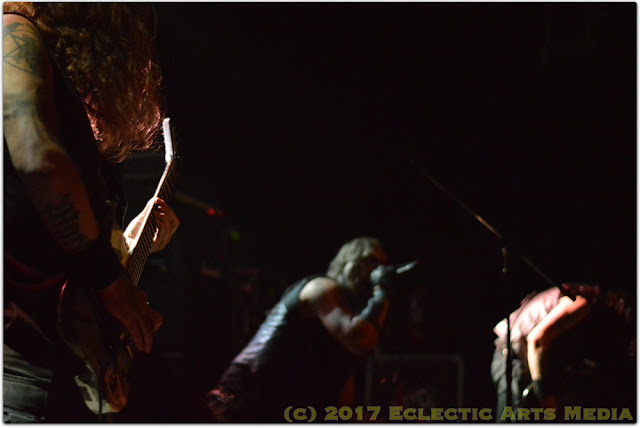 Starting off with the title track, Marduk was imposing as they ripped through their set of Swedish black metal.  Morgan, Mortuus, Devo, and Widigs made a blasphemous statement with their music.  Pulling tunes from several of their albums, lyrically the band has always written about historical concepts (including organized religion), sometimes to misconstrued controversial effect.  The four piece were like a fist to the face, showing there's a reason they've survived and thrived for such a long time in the black metal realm. 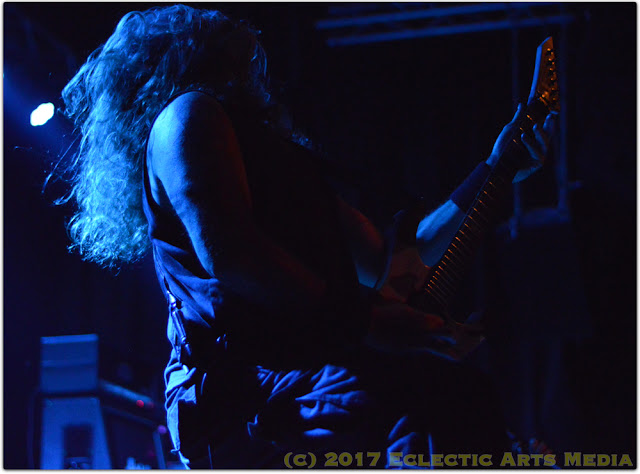 After the last strains of music left the stage, it was great to see that some black metal bands are not "too human" to perform their art the way it was intended.  Marduk destroyed Studio Seven Monday night and the fans expected nothing less.

Special Thanks:  David for the credentials.  Thank you so much! 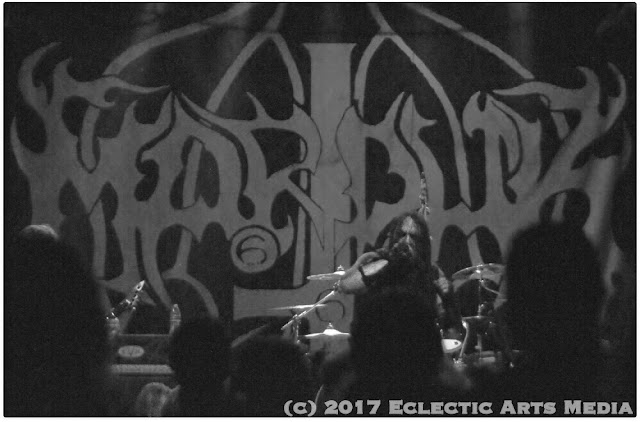 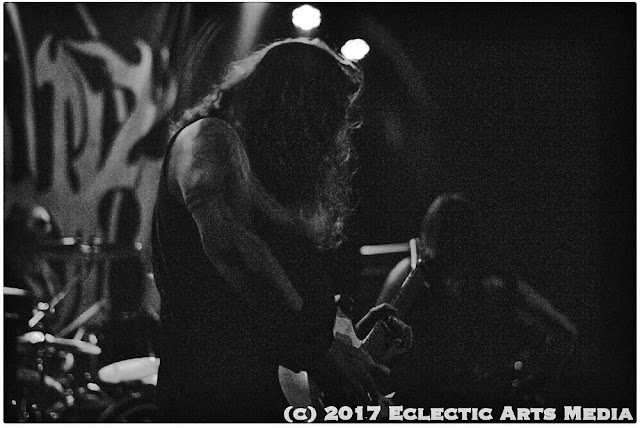 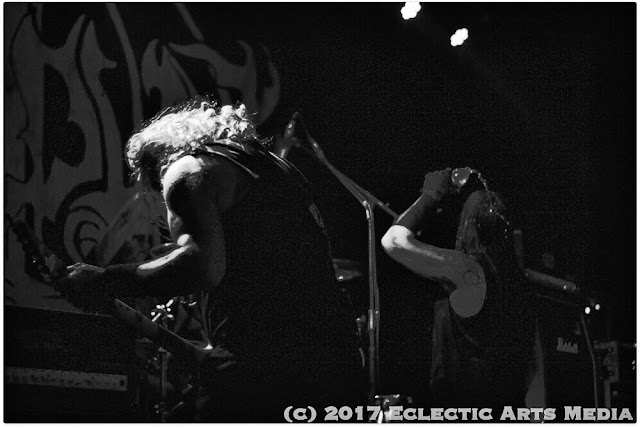 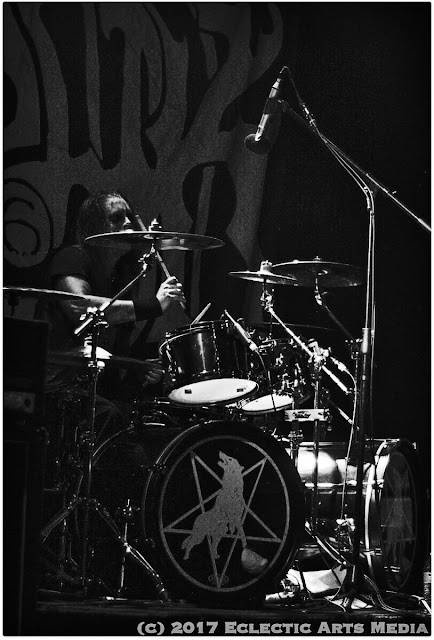 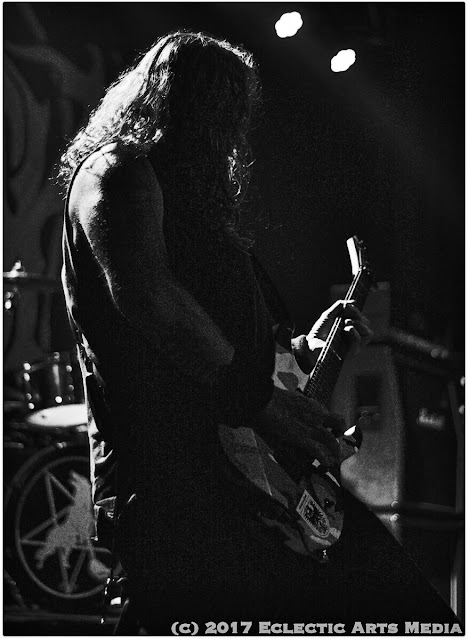 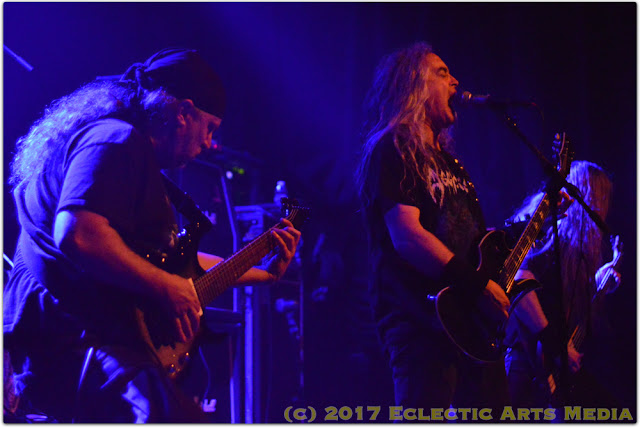 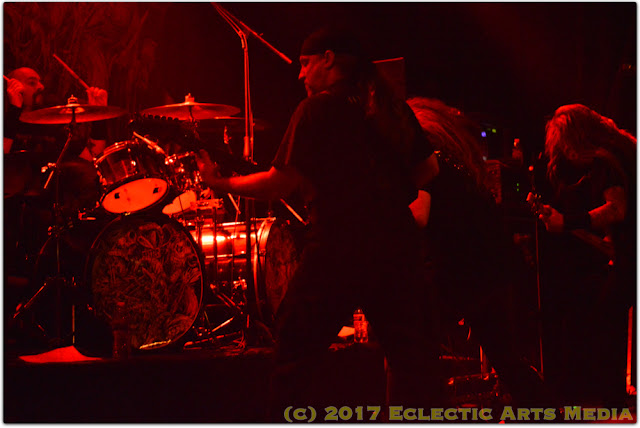 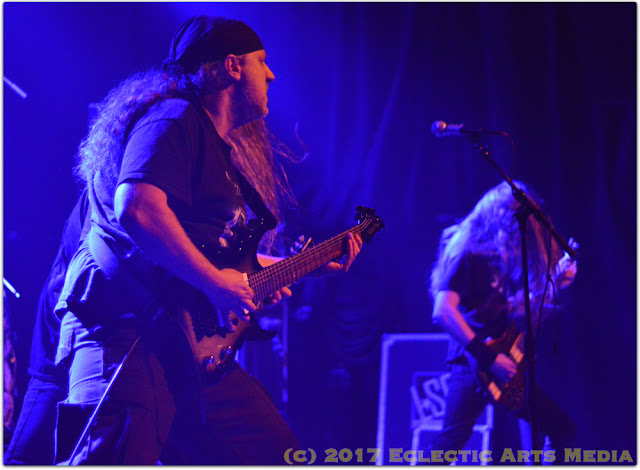 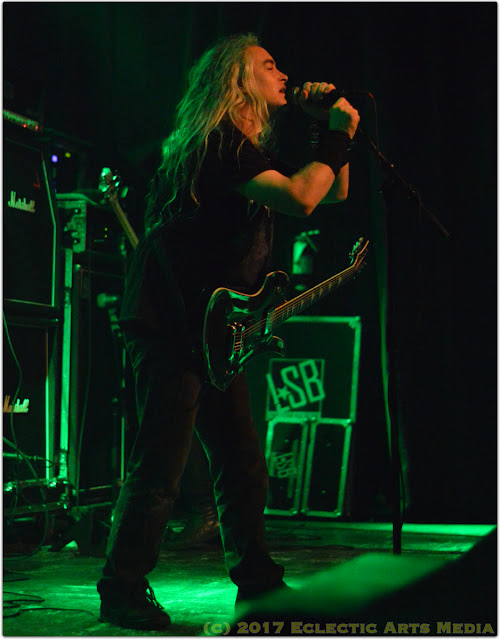