In Theaters, VOD/Digital and Streaming on Shudder: July 29, 2022 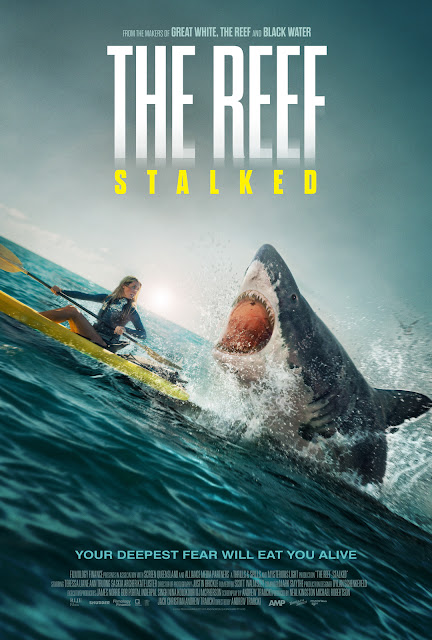 
The new film, “The Reef: Stalked” is a shark film. I have been a sucker for most shark films ever since I saw “Jaws” back in the 70’s. Much like the horror genre, any time a shark film opportunity comes my way I’m always game to take a look.


The film is set in Australia where a large number of real life great white shark sightings abound. The film starts off with a very flimsy set up that affects the main character’s psyche. I am in no way making light of the issue at hand in general, just the use of it in the storyline of the film.


She along with her sister and two friends are out in kayaks when one of them is attacked by a shark. That’s the end of the spoilers here.


Much like a monster movie, the shark is always the star of the show in these films. I’m happy to report that the filmmakers did a good job editing actual footage of sharks and what looked like CGI’d beasts. The editing is so quick as the attacks happen that one can’t really distinguish between what’s real and what isn’t. 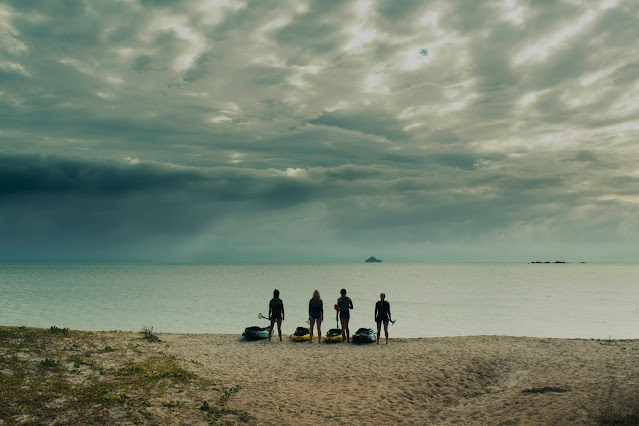 My gripe is that since the shark footage worked so well, I wish they would have used more of it.


The characters are forgettable but the shark scenes make up for it. “The Reef: Stalked” delivers in some ways while it could have delivered much more in other ways.


An entertaining popcorn flick if you enjoy shark films.