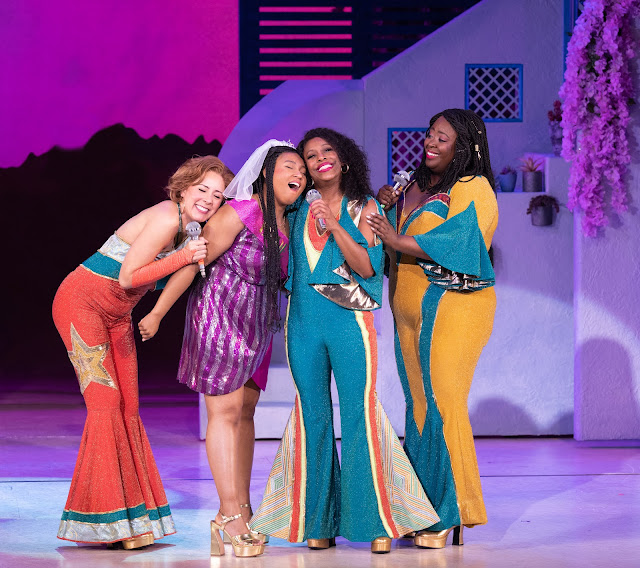 Mamma Mia! was originally produced in London by Judy Craymer, Richard East and Björn Ulvaeus for Littlestar in Association with Universal.

I have never seen any production of “Mamma Mia”, including the two popular films. I wanted to get that out of the way right from the top. I went into this show completely cold on Saturday night up in Everett, WA.


I’ve heard many wonderful things about this show over the years so I was definitely looking forward to seeing what all the fuss was about.


It’s not lost on me that the infectious ABBA songs are the foundation for this musical. Without them, you really don’t have much of a show. I’m sure some would argue the story can stand on its own but being a musician, the songs in this musical are paramount.


The reimagining of the show had zero impact on me as I had nothing to compare it to (see opening statement). However, the intentional use of BIPOC by director Faith Bennett Russell worked so very well here. I can only guess that there were subtle differences with the story or perhaps the impact thereof by changing a few things in this interpretation but it certainly still made for a grand time. 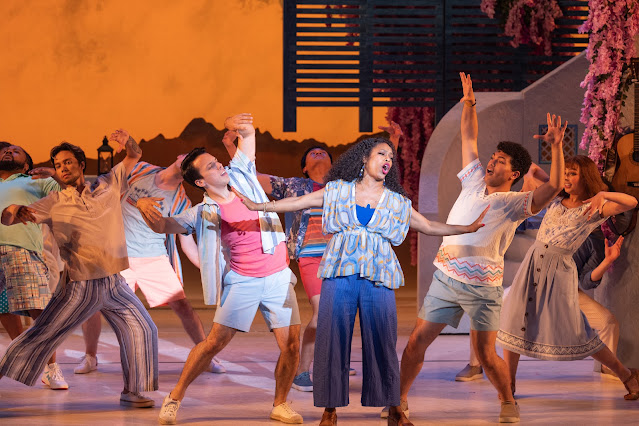 I loved seeing Nathaniel Tenenbaum again in the role of Bill Austin, one of Sophie’s three potential dads. Lisa Estridge as Donna Sheridan was simply amazing, especially with the show stopping number, “The Winner Takes It All”.


The near capacity crowd spoke volumes about the popularity of this musical and rightfully so. It is a feel good, have fun with your friends and family kind of show. If you don’t like having fun, you may not like this show. You know those people, we all do. They’re the ones that sit when others stand up and clap along and/or dance at a show. They’re the ones that don’t even have the courtesy to applaud the performance at the curtain call. This show isn’t for those people.


But, it’s for all the others, the majority, that want to have a great time. And a great time was had by all (minus a few curmudgeons) on Saturday night.