The Nerd
by
Larry Shue 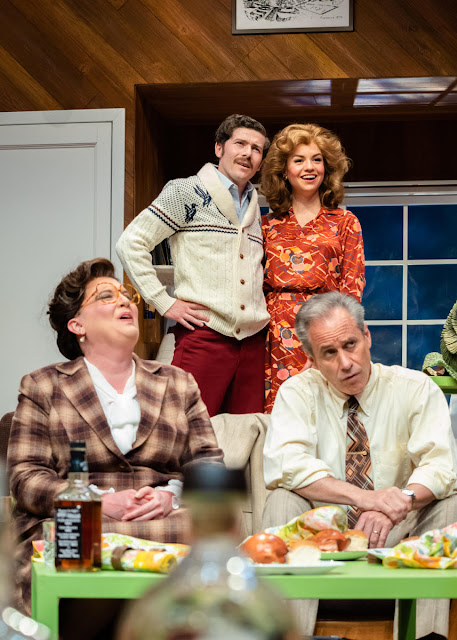 “The Nerd” is the first non-holdover show for the Taproot Theatre’s 2022-2023 season. The earlier shows this season were a part of the programming for 2020 and beyond that were delayed for very known and understandable reasons.


With “The Nerd”, we get a comedy that has been around for decades now. A very quirky comedy at that. As always, I don’t like to go through much of the plot, preferring for the patron to see a performance for themselves.


The role of Rick - the guest who overstays his welcome - as played by Matthew Posner - was the highlight of the show. Matthew’s performance was a sight to behold as he sucked the audience right in with his character’s behavior, comedic delivery, and acting chops.


The rest of the cast were strong as well, something of a trademark of all of Taproot’s productions (save for one that I reviewed four years ago). I think as the cast gets more performances under their collective belts, the show will come together even better.


For all that it had going for it, I still found the show odd. Professionally delivered but it just didn’t resonate with me. There were laughs from some of the audience at my performance but overall as I looked around, there was more perplexity on peoples faces than anything so I don’t feel I was alone.


The show has its moments but overall I found it to be a specific type of humor. Unfortunately, it just didn’t match up with mine.


“The Nerd” runs through June 18th. Tickets are available:  Here!