SINCE I BEEN DOWN 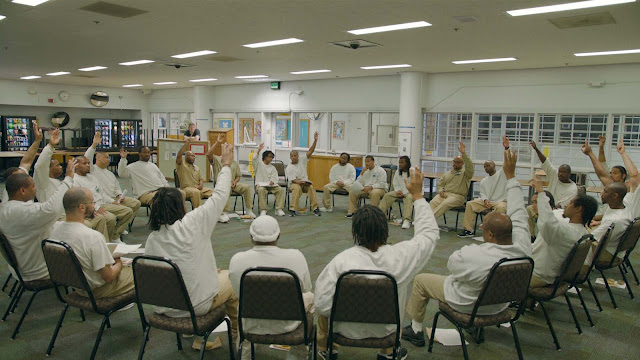 (Scene from "Since I Been Down")

The new documentary film, “Since I Been Down” takes a direct look at the gang and drug issues that overflowed in the streets of Tacoma, WA in the 1980’s and 1990’s (and one could argue are still present today in 2022). Having lived in WA state all of my life, this was not news to me. In a very strange way, it was like going down memory lane, a horrible memory lane, of what many young men and women got caught up in.


Many social questions are raised throughout the film. The generation of young people of color that were locked up, and the effects that had on their families. How some of the prisoners are trying to better themselves behind bars through education (educating themselves). How the system failed many of these young people in more ways than one. And perhaps most importantly - how there is no one right answer for any of this.


The drug issue is rampant everywhere. And I mean everywhere. From big cities to rural communities, the drug epidemic is just out of control. Society as a whole is getting further and further away from a moral center. The layers and complexity of the issues that “Since I Been Down” addresses run deep and the answers run even deeper.


I spent over ten years working with what society has deemed “at risk” youth. I am keenly aware of the issues some of our young people face, and the circumstances many are born into. However, the average viewer doesn’t have this background to fall back on. Give “Since I Been Down” a view and I guarantee you will have an opinion about the subject matter.