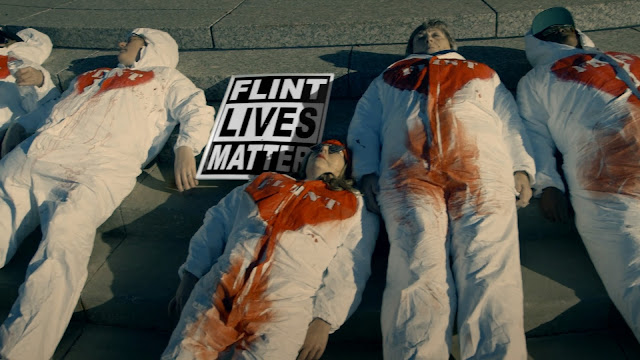 
I remember shooting the breeze with a friend about what’s something that would affect the world and I said if you tainted the water system. Imagine if you couldn’t drink it, wash with it, use it, etc. The world would become like the Road Warrior.


Cue the saying “life is stranger than fiction”.


I first became familiar with the city of Flint, MI in Michael Moore’s classic documentary about the auto industry there. What I didn’t know was this water issue they were/are having and it’s absolutely appalling.


Director Anthony Baxter has crafted a compelling documentary about the lead poisoned water in Flint, MI that was created by switching from Lake Huron as a water source to a local river that is contaminated.


There are twists and turns as the issue unfolds and of course the victims are not only the residents of Flint, but their future generations; the children.


Anyone with any sense of right and wrong will be upset watching this film for many different reasons. No spoilers here but this film will have you shaking your head in disbelief.


“Flint” is a tremendous film shining a light on a horrible issue.