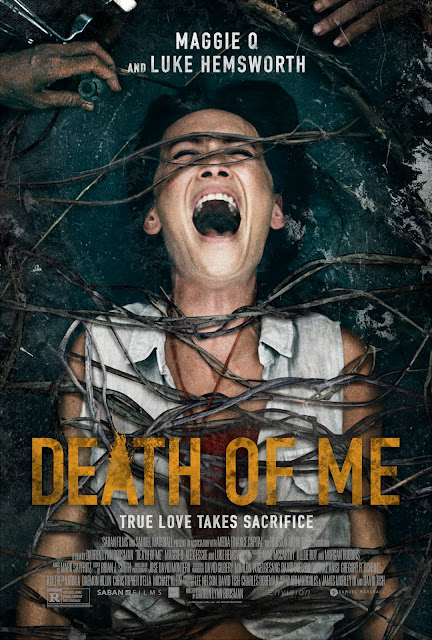 (Death Of Me - a Saban Film release.)

I was looking forward to this thriller/horror film release starring Maggie Q. and Luke Hemsworth. The story revolves around a couple vacationing/on assignment on an island off the coast of Thailand.


Christine (Maggie Q) and her husband Neil (Luke Hemsworth) awake one morning not knowing what had happened the night before. Through evidence in Neil’s camera and via flashbacks, scenarios start to develop and unfold that neither of them remember.


The storyline gets more and more involved as the movie continues where the audience doesn’t really know what is real and what isn’t. The final reveal is partially satisfying as it answers some of the film's earlier plot questions but not all of them. 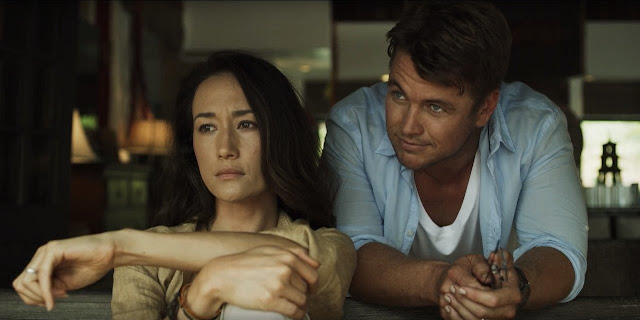 ((L-R) Maggie Q as Christine and Luke Hemsworth as Neil in the horror / thriller, “DEATH OF ME,” a Saban Films release. Photo Courtesy of Saban Films.)

The best part of the film is Maggie Q’s performance. Her character’s anxiety builds and builds as things get more and more out of hand. She approaches the role with common sense which makes it easier to digest.


The beautiful locations really helped the film in terms of the visuals. The storyline started interestingly enough but then dissolved into a hard to follow maze of subplots and flashbacks that just added to the confusion. 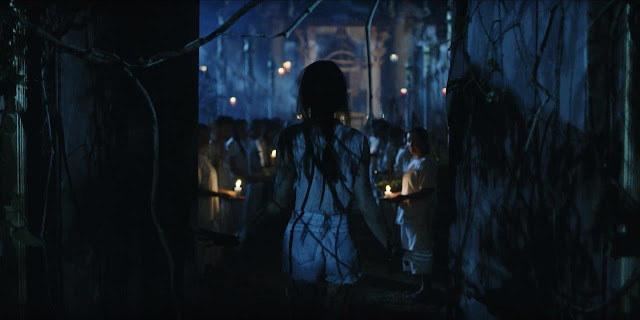 (Maggie Q as Christine in the horror / thriller, “DEATH OF ME,” a Saban Films release. Photo Courtesy of Saban Films.)


There were enough elements present in “Death Of Me” to make a solid if not great film. However, those elements weren’t used to the best effect and therefore it fell a bit short.