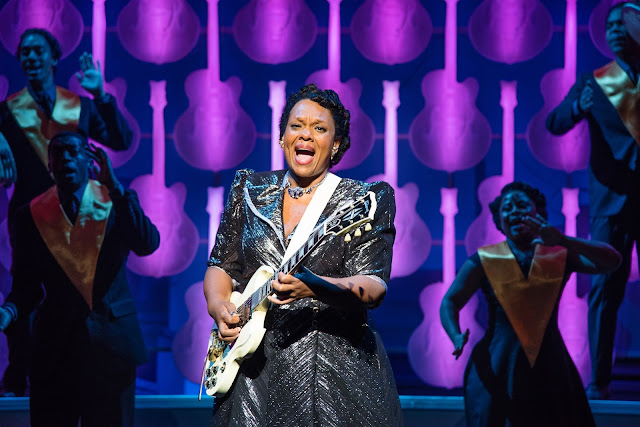 My first visit to the Seattle Rep to review, “Shout Sister Shout!” turned out to be a magnificent show to start with. A bar setting kind of magnificent.

The show was all about the early gospel vocal and guitar pioneer Sister Rosetta Tharpe (played by Carrie Compere). Sighted as an influence on everyone from Little Richard to Elvis Presley to Bob Dylan, Sister Rosetta Tharpe came from very humble beginnings to eventual fame and fortune. Along the way there were many obstacles in her life - including family, relationships, and society as a whole. The show covered her life from the early beginnings to the very end.

The cast could not have been better. Carrie Compere as Sister Rosetta Tharpe was absolutely magnetic when she was on stage. Her voice was out of this world and her acting was a sight to behold. At one point I felt like I was watching a documentary - she was that good. What an amazing talent!

Right next to her Carol Dennis as her mother Katie Bell Nubin (and Mahalia Jackson) was equally as talented and jaw droppingly great any time she was on stage, too.  The scenes with the two of them were my favorites of the night.

The whole cast was just brilliant. Jason Kappus (who I had previously seen as Elvis Presley in Million Dollar Quartet) as Richie/Red Foley played his parts perfectly. Lawrence Clayton as Reverend Tharpe was captivating as Sister Rosetta Tharpe’s violent first husband. There were absolutely no weak links in this cast. None.  The ensemble actors had many parts to play and were stellar at all of them - singing, dancing, and acting up a storm.

The staging was extremely well done and I particularly loved the scene transitions on stage. The band showed their chops throughout the performance and kept the audience absolutely engaged in the story.

“Shout Sister Shout!” could not have been better. This is one show everyone needs to see. If this is the caliber of material the Seattle Rep produces, I hope to be invited back for every other show they have this season. 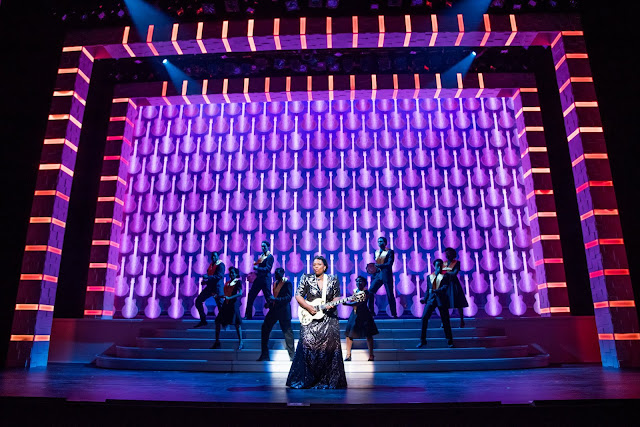