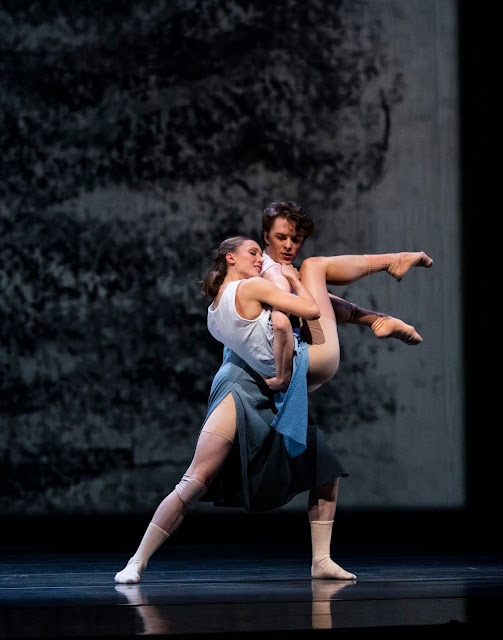 In some ways it's hard to believe it's been a year of covering events of the Pacific Northwest Ballet at McCaw Hall. My first event last year was also a mixed bill of performances. I remember feeling rather out of my element (actually way out of my element) but also excited to learn about an art form I really knew nothing about except for attending, "The Nutcracker" a time or two.

Yet, twelve months later, many YouTube videos and library material checkouts later, a few precious interviews with PNB dancers later, and of course a season's worth of magnificent performances later, here we are.

Starting off with Eva Stone's, "F O I L", the production was divided into five distinct pieces. The lighting design immediately drew the audience into the show. Chandeliers were expertly incorporated in various designs throughout the five pieces, which was a beautiful setting for the choreography to unfold.

The movement of the dancers was timed impeccably to the music - arguably the best of the evening. The execution at times was a bit off but only for mere seconds. There was an air of beauty to all five pieces, danced predominately by female dancers. As the production concluded, many "bravos" were shouted throughout the hall and deservedly so. This was my favorite show of the night. 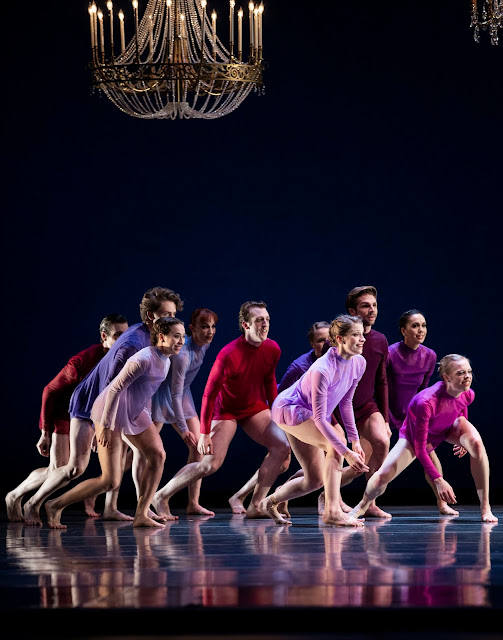 
"Love and Loss" by well-known choreographer Donald Byrd was presented next. The longest production of the evening, this piece was very interpretive and required the audience to notice the detail of the dancers to understand the story. Performed in four movements, "Love and Loss" was set to minimalist music that, at times, droned on during the points of loss. Minor keys were used to direct effect with major key changes used sparingly to promote the love aspect of the story.

The die hard ballet audience ate this one up, enraptured by the storyline. I felt it was actually a bit long myself. I also felt the music could have used more variance to get the same message across in the story.

The production was expertly staged but it didn’t resonate with me as much as I thought it would. 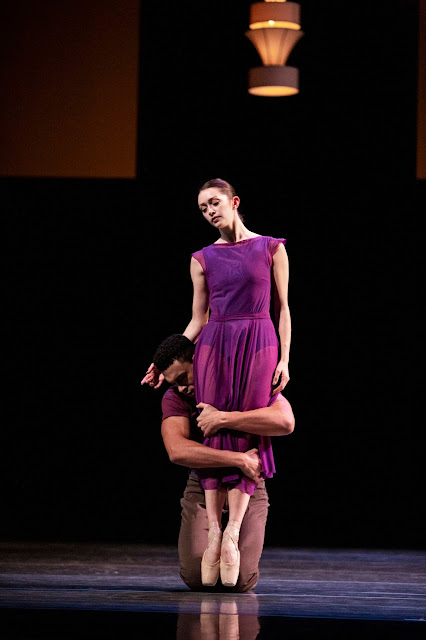 "Wash of Gray" by PNB company member Miles Pertl was in the cleanup position in the program. Presented as a nod to the greater Seattle area, complete with screen images and audio to match, the production was presented in six parts with titles paying homage to Seattle.

This show would make a great piece to present to the audience at large, the folks that will fill McCaw Hall from the end of November until a month later, and then disappear for eleven months again.

The imagery was fun and made perfect sense. At times it actually took away from the choreography on stage but not overly so. The staging and effects were breathtaking during certain parts of the production.

For those that have been following the PNB's social media, company dancer Sarah Pasch had become the focus of this piece as she is expecting in a few months time. Her appearance in the fourth act, "Swainson's Thrush", was well received if a bit short. I would of loved to have seen an outfit that was a tad more form fitting to make it abundantly clear that a baby is on the way (for those that weren't aware). Congratulations to Sarah and Ezra by the way!

Overall, this piece really screamed, "Locally Sourced" and was a perfect way to end the evening.

My first mixed bill of the 2019-2020 season was also my one-year anniversary of reviewing performances at the Pacific Northwest Ballet. It was (and has been) refreshing to see new works again and the variety in this particular bill was most welcome.

I'm very grateful for the opportunity to review the productions at the Pacific Northwest Ballet. I still have much to learn and I have a feeling I'll be saying that again next year when it's my second anniversary. It's been a journey educating myself about the high art that is ballet. But, I can honestly say it's been a very enjoyable journey thus far. Here's to another year!

See you at the ballet!
Mark Sugiyama
Eclectic Arts
EA on FB
EA on IG
EA on YT