Inspired By A True Story 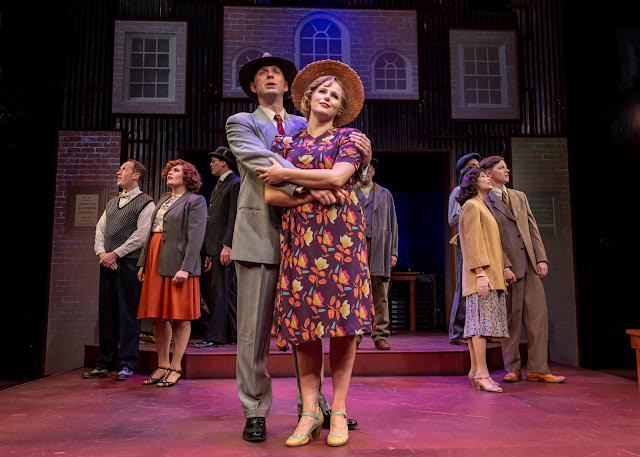 When I go to review a show at the Taproot Theatre Company, I now expect a certain level of excellence. They have consistently delivered top quality professional plays that bring me back time and time again.

So, on Thursday, I was very much looking forward to their newest production, "Bright Star". With music, book, and story by Steve Martin and music, lyrics, and story by Edie Brickell, I was intrigued to see how the Taproot Theatre Company would tackle this challenging musical production.

I should have known better. Director Karen Lund had everything flowing like a well-oiled machine from the very beginning. It was uncanny just how good the entire cast was that brought this story to life. But I'm getting ahead of myself. 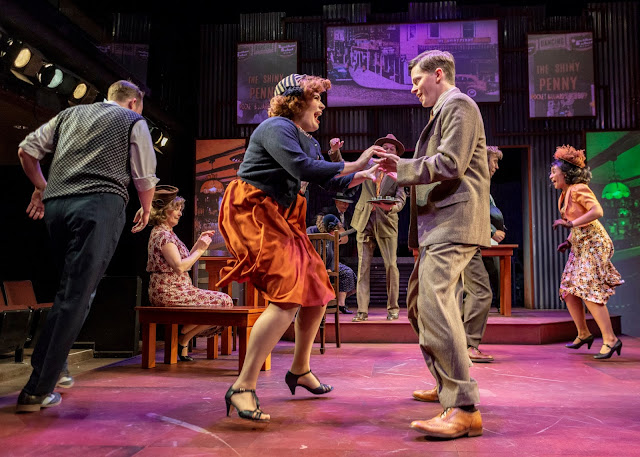 The plot centers around a young couple in love in North Carolina. We get to see the early years (1923-1924) and the later years (1945-1946). Without giving away the story line, let me just say there is heartache and redemption. There is also a surprise reveal in Act II that I never saw coming. There were many gasps in the audience so I wasn't the only one - thank goodness.

It was great seeing familiar faces in the cast as well as new faces (many brand new to the Taproot Theatre Company stage). Brian Pucheu, Nick Watson, and Eric Dobson I had seen in three other excellent Taproot Theatre Company shows. Gloria Lee Alcala I had seen in "Disenchanted" last summer. And I had the pleasure of interviewing both Brenna Wagner and MJ Jurgensen before the show opened.

Being a musician myself, I am always impressed when I hear the caliber of playing and singing that I heard throughout, "Bright Star". The band was spot on all night. The musicians/actors were also seamlessly acting and playing music like they had done it a thousand times before. 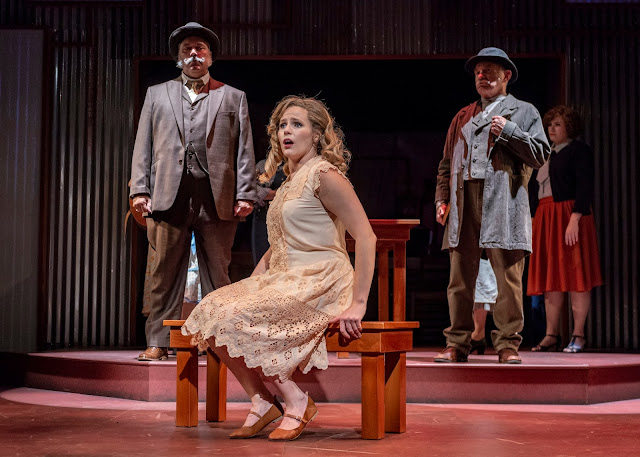 Brenna Wagner as Alice Murphy showcased her talents throughout the show. Her singing and acting held my attention and made me think I was in a 3,000-seat theatre to be honest. What a talent!

Miranda Antoinette Troutt as Margo Crawford also stood out amongst an insanely talented cast. Her voice was made for the stage. I could have listened to her sing the whole show if she wanted to.

Brian Pucheu performed like only he can. His deadpan humor was hidden this production (until Act 2) but there is no denying his acting abilities. And he had many a song to sing as well.

Brian Lange as Daryl and Gloria Lee Alcala as Lucy Grant stood out as well. Such impeccable comedic timing, it was just a joy watching them perform.

Without going through the entire cast list let me just reiterate - the entire cast was absolutely stellar! There were no weak links to be found. None. Nada. Zippo. The casting folks did a fine job putting these incredible artists on the same stage together. 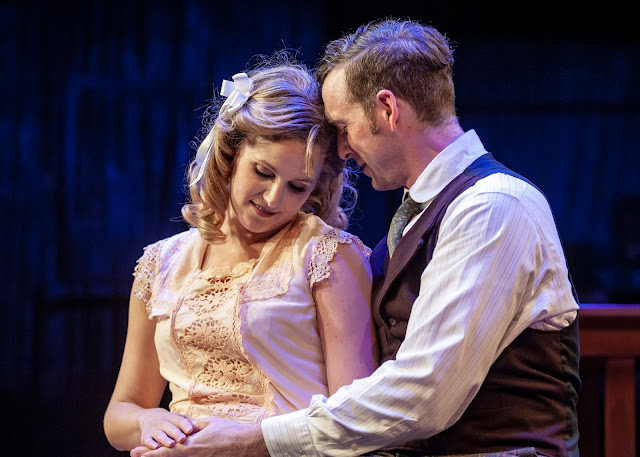 So this is turning into a love fest. Well, not entirely.

The only area for me to pick at is the source material - the story. The music was wonderful. No issues there. The story felt like it was written around the songs. Like Steve Martin and Edie Brickell had the skeleton of a story and then tried to piece it together so it made sense based on the music. A minor gripe but it bares mentioning.

Outside of that, "Bright Star" was a top-notch show that I think everyone will love. Yeah, I said everyone. Go see it for yourself and then tell me how much you loved it!

See you at the theatre,
Mark Sugiyama
Eclectic Arts
EA on FB


Special Thanks: Isaiah for the credentials - thank you so much for the opportunity and for working with my crazy schedule! 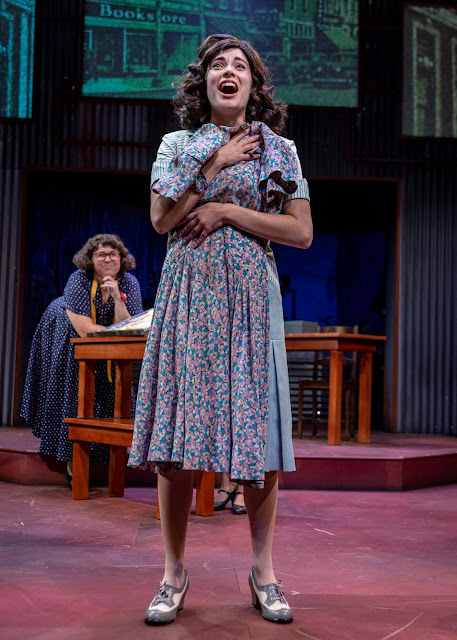 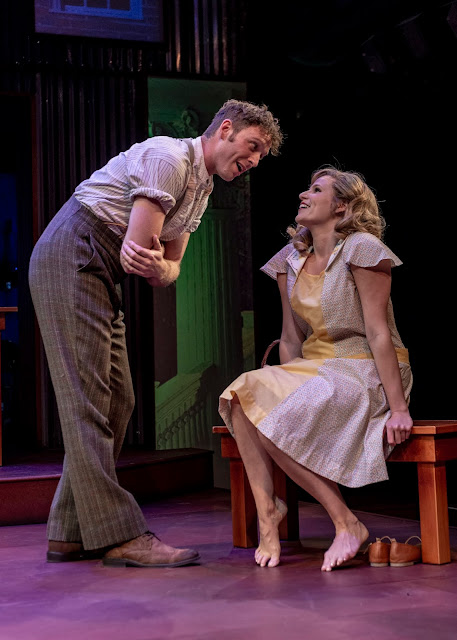