As If Theatre Company 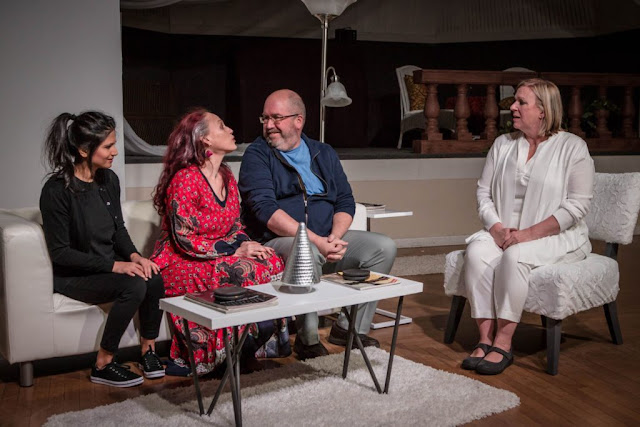 
I have always enjoyed artistic endeavors that range from amateur to professional and everything inbetween. From the stacks of demo tapes that I still have to reviewing concerts at Century Link Field that holds 60,000 plus fans per event, I am never deterred by the size of a band, company, theatre, etc. nor do I dismiss an event based on longevity, location, or reputation. In other words, if I'm interested in it, I'm there.


As If Theatre Company mounted their first official production of, "The Clean House" by Sarah Ruhl on Friday February 15, 2019. Due to an unexpected snow event that crippled much of Western Washington, the original opening date was pushed back a week to allow the greater Seattle area to get back to what we consider normal around here.


As If Theatre Company is the brainchild of three veterans of the theatre community: Cindy Giese French, Amy Gentry, and Molly Hall. Noticing a lack of theatre options in the north end of Lake Washington between Edmonds and Woodinville, As If Theatre Company chose the Kenmore Community Club to house their first production - pretty much smack dab in the middle of the aforementioned cities. 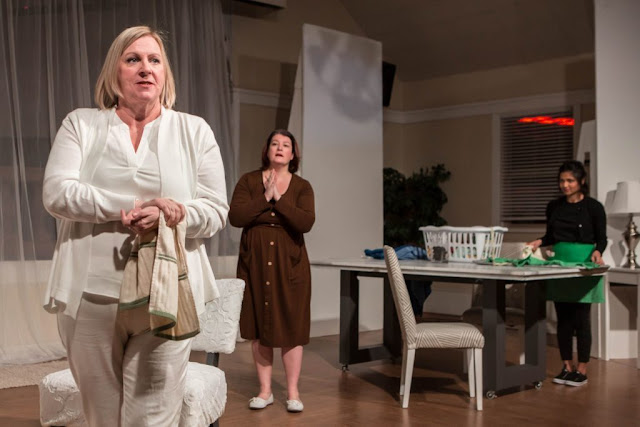 
I attended the Saturday evening performance on 2/16/19. For those loyal readers of Eclectic Arts, they already know that our expansion into musicals, theatre, ballet, and opera is not even a year old compared to the interviews, reviews, and photography of local to international touring bands, as well as the television and film coverage over the years. I was looking forward to the performance for a few reasons. For starters I always like seeing something new and a first show, first performance certainly fits the bill. In addition, I had been cooped up like many others indoors during the snow event so getting out and getting back to reviewing events again was a welcome change.


The very basic premise of "The Clean House" revolves around a married couple Charles (Terry Boyd) and Lane (Cindy Giese French), their housekeeper Matilde (Devika Bhagwat), Lane's sister Virginia (Amy Gentry), and Charles' new love interest Ana (Carolynne Wilcox). Rarely do I go into the plot details in my reviews as I would rather the reader go to a performance to see for themselves what the show is all about.


It was clearly evident that much of the cast of "The Clean House" were veterans of the theatre community. Cindy Giese French portrayed Lane with the rawness and rollercoaster of self-discovery that was undeniably a treasure to witness. The audience felt for her character but also recognized the incredibly uncomfortable situation she was thrust into by her husband.


Amy Gentry delivered her lines with perfect comedic timing. Her character of Virginia hit home with me as I have a family member that shares some of the same cleanliness traits as Virginia (for better or worse). 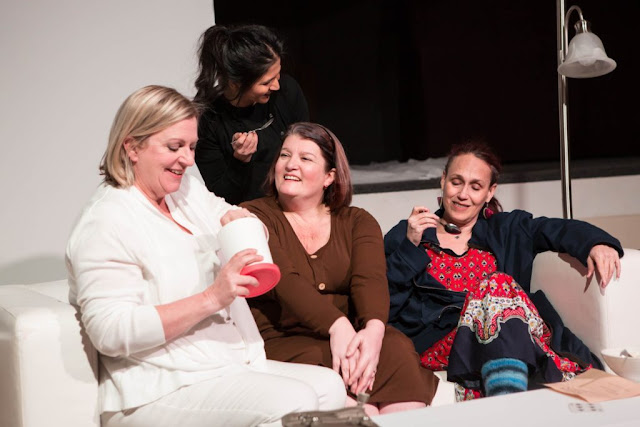 Carolynne Wilcox as Ana almost seemed to not be acting at times - that's how in character she was throughout her performance.


Terry Boyd's character of Charles should be one that the audience hates. But, due to his skillful portrayal, the audience understood what had happened, why it happened, and even became accepting of it on some level.


Devika Bhagwat's character of Matilde had to not only be the bridge amongst the characters and the story but she also had to break down the parallels between her own life and those she now found herself working for as the story unfolded. Not an easy task but one Devika accomplished with ease. 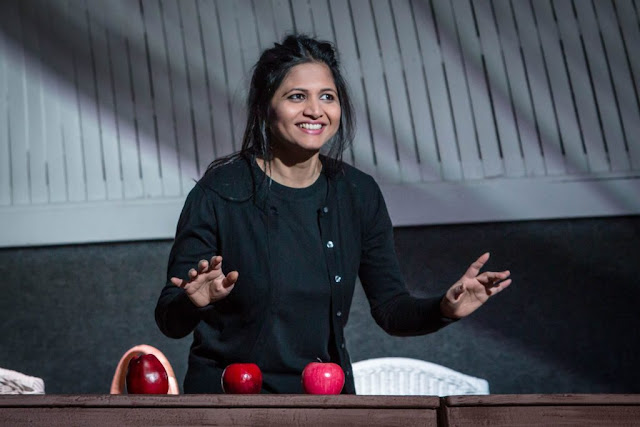 
I found myself laughing during the show. I found myself rethinking knee jerk impressions of the characters as the story continued. And at the conclusion as the cast took their bows, I was pleasantly satisfied.


As directed by Clarissa Meisner Smit, "The Clean House" was well worth spending an evening with other local theatre folks. The show will take you up, down, and sideways in the best way possible.


We on the north end of King County (south Snohomish County) are very fortunate that As If Theatre Company has decided to launch their company in our neck of the woods. Based on what I experienced at "The Clean House", we're in for a run of amazing new theatre!


See you at the theatre!
Mark Sugiyama
Eclectic Arts


Special Thanks: Amy for the credentials - thank you so much for the opportunity!