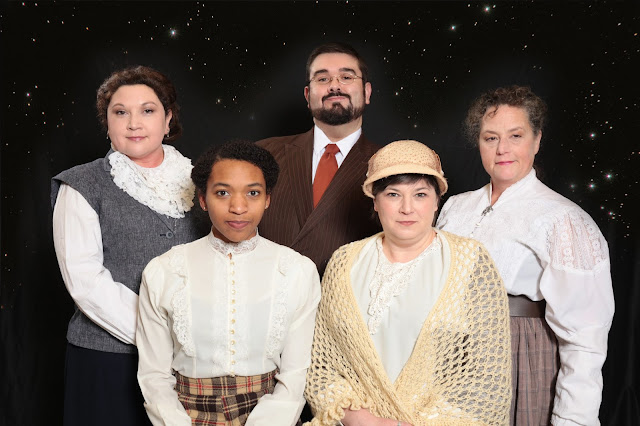 
My second experience with the Edmonds Driftwood Players was equally enjoyable as the first. "Silent Sky" by Lauren Gunderson and directed by Eric Bischoff, opened on Valentine's Day.


The play is based on the true story of three female astronomers. Henrietta Leavitt, Annie Cannon, and Williamina Fleming. Henrietta's sister Margaret Leavitt and Peter Shaw (who also works at the observatory) round out the characters of "Silent Sky".


The performances of each of the five actors were stellar. Individually they took the audience on a journey through time, traditions, and societal change as the years rolled by.


Marena Kleinpeter had to lead the charge as the ambitious and intelligent Henrietta but also had to make the audience believe that she was truly too focused on her work as events unfolded with her family back home. The sheer amount of dialogue Marena had to work through was astounding. Being that I am still relatively new to theatre, I have been in awe of the actors at times, particularly when they have page after page of dialogue to present to the audience. Marena handle her role beautifully. 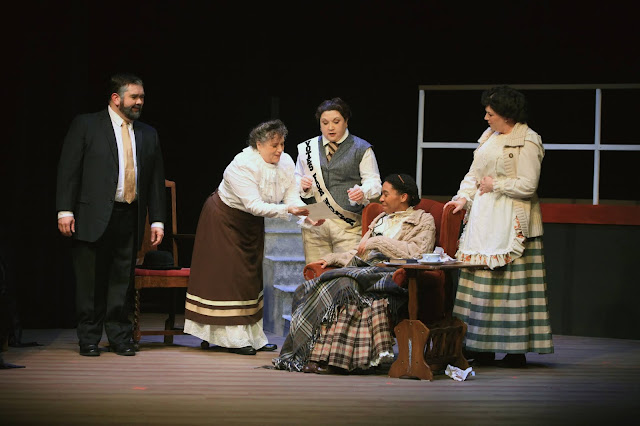 
Ingrid Sanai Buron (Annie) and Elizabeth Shipman (Williamina) had some of the best chemistry of the cast. Each character was distinct yet very believable. As the years passed in the show, their characters changed as well and, again, it was believable. Both actors were spot on with their performances.


Annie St. John (Margaret) kept the timeline moving as well with her portrayal of Margaret. From having children to holding down the fort at home while Henrietta is working at the observatory, Annie walked the line of supportive sister and nearly matriarchal worry with the greatest of ease.


Dan Ruiz Salvatura (Peter) portrayed his character of Peter as a supervisor and professor in an audience friendly way. It became clear early on that Peter had a romantic interest in Henrietta but he was also too awkward to move forward with his feelings (until later in the play).


Individually there was absolutely no weak link in the cast of "Silent Sky". Collectively it was a bit more hit and miss at times. The chemistry between certain characters/actors was lacking at times during the first act. By the second act the chemistry was building but by the time it had almost hit its stride the show was over. I would have loved to have seen more of a collective chemistry during the first act but that's a minor quibble.


Overall, "Silent Sky" was a beautiful presentation by the Edmonds Driftwood Players. The show runs through 2/24 so see it while you can!