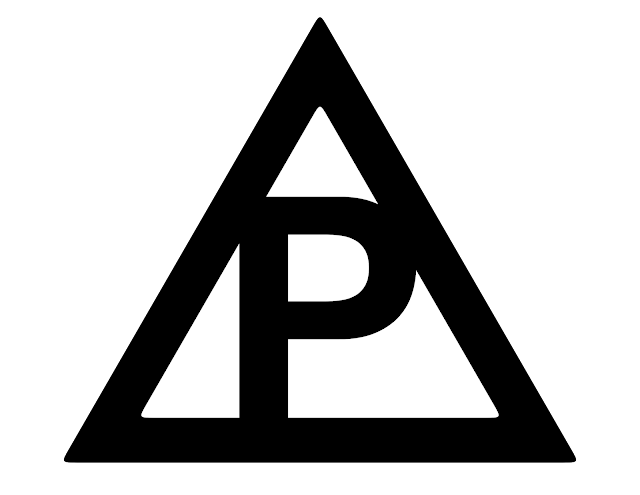 There are definitely shows where I feel I'm getting old. The audience is made up of fans 25 and younger with a few exceptions of course. Parents are in attendance - normally hanging elsewhere while their child/children are trying to get as close as possible to the rail. It's fun but also a reality reminder that you, sir, are old. Age is just a number - but sometimes it's a big number.

In any event, I was looking forward to checking out the pop sensation Poppy. She has amassed a massive church of followers who worship at her altar every chance they get. The VIP paid fans were already inside at the front of the rail and the line outside the Showbox was longer than usual - as expected as the under age crowd can't hang out in Kern's before the doors open. I spoke to a few fans that had never been to the Showbox or it was only their second or third time. This is all good news in terms of getting fans to support the Showbox as it's fighting to remain in existence.

The house lights dimmed, the screen on stage lit up, and the high-pitched screams started en masse. The three-piece band walked out on to the stage followed by Poppy - and more screams. Strapping on a guitar, Poppy launched into, "Am I A Girl?" from her latest album. The backing band in matching outfits, makeup, and wigs kept the show moving all night - kudos to them. Poppy sang - looked every inch the pop star that she is - and delighted the fans with every thing that she did. She kept the talking to a minimum for the most part as she kept the setlist moving with, "Chic Chick", "Money", "Bleach Blonde Baby", and several other tunes. Her latest video for, "Voicemail" was aired on the screen before launching into a few bars of "Another Brick In The Wall Part 2" by Pink Floyd.

The visuals were entertaining throughout the night as well as the backing band on guitar, bass, and drums. Poppy was intriguing to watch and her hardcore fans were in absolute heaven the whole evening. For those more moderate fans the show was good but the music performance from Poppy was still a work in progress. She is singing live on this tour, which is a big step in the right direction. Also, the live band is a must for future tours (compared to the DJ she had previously). I can only see her popularity growing with the whole package that is presented to the fans.

Overall an enjoyable and entertaining evening on Thursday night. I have a feeling the next time Poppy comes to town she'll either be at the Showbox SoDo or maybe even the Moore Theatre - both have higher capacities and somewhat larger stages for even more visual presentation to work with. For an artist like Poppy - the visual aspect is as important as the musical aspect. You'll be hearing more from her in the future!

Special Thanks: Alec for the credentials - thank you so much for the opportunity! 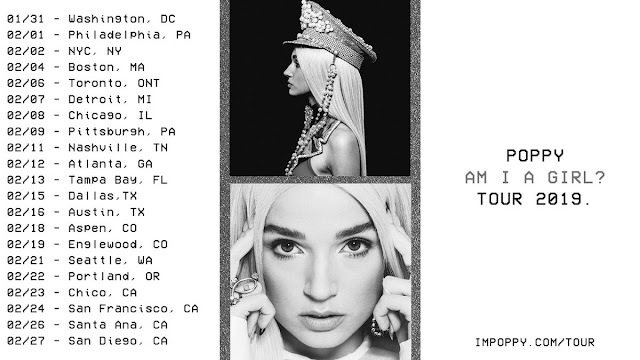 Posted by Eclectic Arts at 1:04 PM