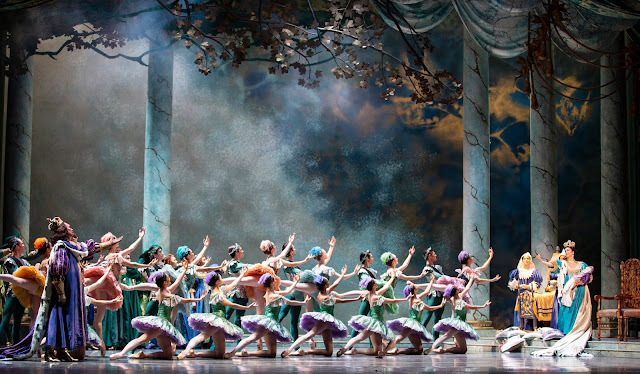 The Pacific Northwest Ballet unveiled their latest production this month - “The Sleeping Beauty”. With an extensive cast performing the classical ballet show set to Tchaikovsky, McCaw Hall was brimming with excitement before the lights went down on opening night.

Two promotions occured before the show began - Elle Macy and Dylan Wald were promoted to soloist with the company. This was a great way to start the show as there was much applause and good feelings in the hall. 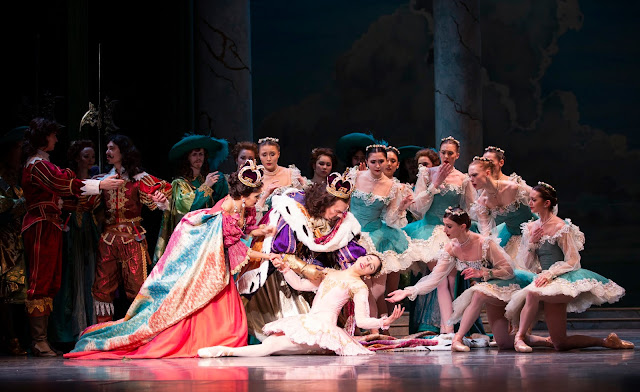 
Between each act there was a 15 minute intermission to get the dancers and stage ready for the next part of the production.

Prologue (The Christening). The Lilac Fairy (Lindsi Dec) was the centerpiece of this portion of the performance. Such an exquisite start to the show - I was mesmerized by the performances on the stage. This was not a slow build up (like say “The Nutcracker”). No, if you love ballet then you were in the right place and it showed.

Carabosse, The Wicked Fairy (Jonathan Porretta) - flew into the show and added the sense of darkness that only Maleficent can. His portrayal of the classic character was effortless which spoke to his veteran status with the company. 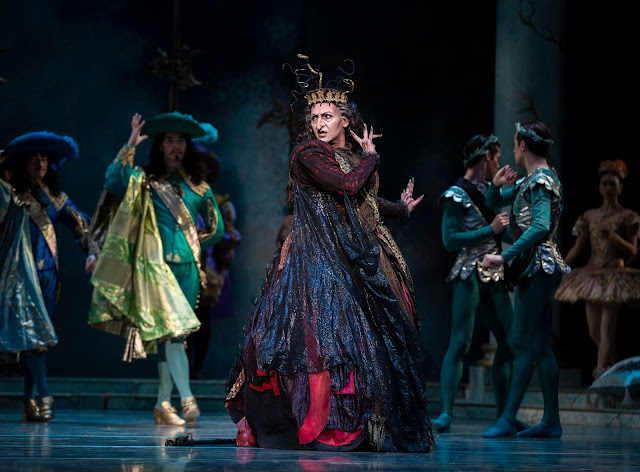 
ACT I (The Curse) featured Princess Aurora (Leslie Rausch) - who received a warm applause from the audience. Her performance with the four dukes was just outstanding. I may not be a ballet purist but I do know talent when I see it and I couldn’t take my eyes off Leslie Rausch’s performance. Such fluidity in her movement she owned the role of Aurora.

ACT II (The Vision and Awakening) continued the story with ballet for days. Again, if you want to see ballet throughout a production, “The Sleeping Beauty” delivered it in spades. Every member on stage contributed to the performance in exciting and beautiful ways. 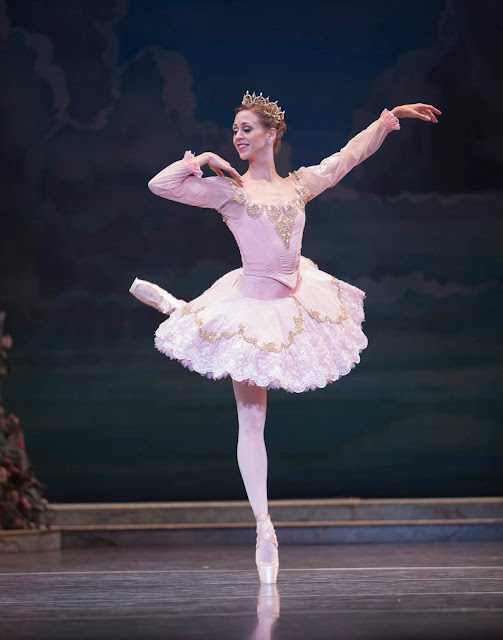 
ACT III (The Wedding) concluded the magnificent production with performances both solo and duo that ran the gamut from fun and whimsical to classical beauty of the highest order. Just when you thought you saw your favorite piece, another piece began that was equally as good (if not better). Amazing!

I’ll be honest - I wasn’t sure if I was going to be able to make it through a marathon of classical ballet. I am a newbie to the world of ballet much like many of you reading this right now.

I was pleasantly surprised at how much I enjoyed it. I know there are thousands of patrons out there like me that have only seen a version of “The Nutcracker” through the Pacific Northwest Ballet. Let me tell you - you’re missing out if you don’t go see another production like, “The Sleeping Beauty”. It was breathtaking in every way and I can’t recommend it enough.

Do yourself a favor - go see a performance before it closes this weekend. You’ll be so glad you did!