TWIST OF THE MAGI 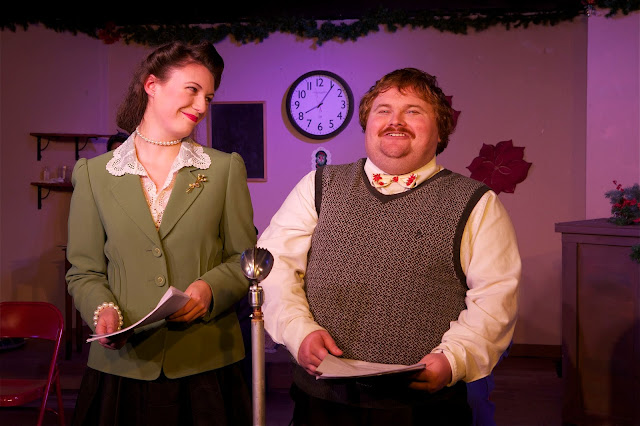 As we wind down 2018, I had the pleasure of venturing into Edmonds a few days before the holidays to review the Phoenix Theatre’s, “Twist of the Magi”. The show was such a hit last season that they brought it back this year. After it’s run this year it was announced the show was the highest seller in the theatre’s history! I know the weekend I attended all of the shows were sold out. It would not surprise me in the least if they bring it back in 2019 for a third run.

Having never been to the Phoenix Theatre before, I found it easily. It is on the second story of a strip mall of shops in the Firdale Village area. The theatre holds around 100 guests and is quite spacious inside considering from the outside you can’t really determine how big it is.

“Twist of the Magi” is a twist on “Gift of the Magi” the popular short story written by O. Henry. It is a show within a show revolving around a young couple that are secretly trying to buy each other Christmas gifts.

Larry Albert as Rex Radison/Chamberlain narrated the story with veteran timing. Not surprising considering his extensive work as an actor and radio actor. Kylara Pankow as Lauren/Della was captivating throughout the show. She most definitely stood out to this reviewer. Susan Connors as Denise/Mrs. Mandelbread reprised the same role from last year. Her veteran experience also showed as she tackled the characters with ease. The entire cast was a joy to watch.

The slapstick type humor in parts of the show worked really well. If you’ve ever listened to a radio show (comedy or not), “Twist of the Magi” brought you back to that era.

Overall, a very enjoyable production that clearly was a hit with all theatre goers. The bar has been set. I’m looking forward to covering more shows at the Phoenix Theatre!

Special Thanks:  Amy for the credentials.  I sincerely appreciate it! 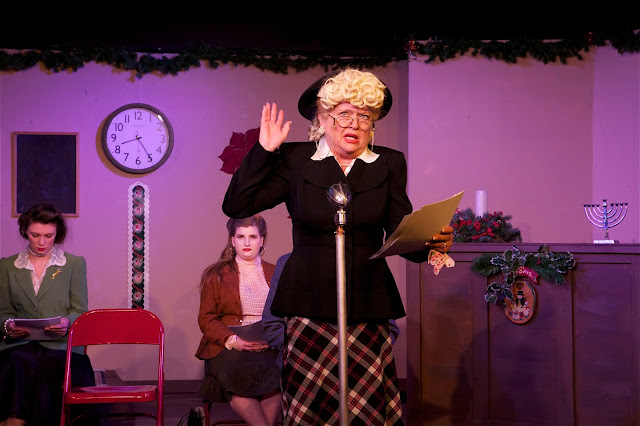 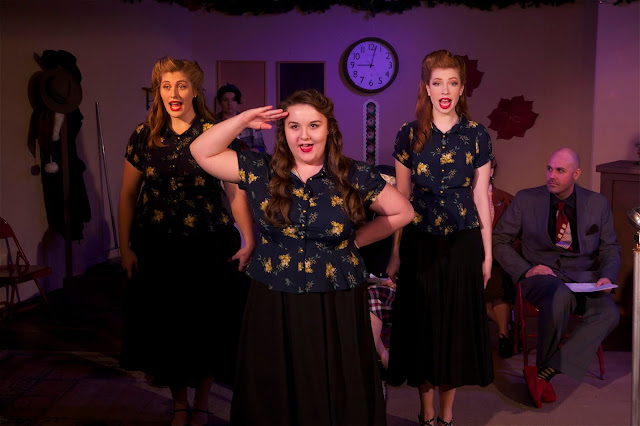 Posted by Eclectic Arts at 1:34 PM