Peter and the Starcatcher 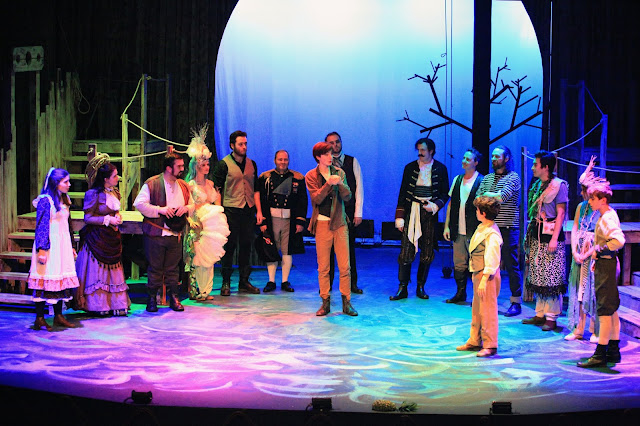 Peter and Prentiss - Photo by Dale Sutton of Magic Photo


I was very fortunate to catch an opening night performance of, "Peter and the Starcatcher" at the Edmonds Driftwood Players. Having been an Edmonds resident for over 21 years, one would think I would have been to a production at this theatre by now but Sunday was my first event. Based on what I saw and experienced, it won't be my last.


For those like me that are new to the Edmonds Driftwood Players, the theatre recently won a Gregory Award for Best Community Theatre. They have been putting on shows for decades and it is a beloved institution, not only in Edmonds, but in the greater Seattle area.


Upon arriving and walking into the lobby, I immediately felt comfortable. The theatre itself is set up nicely. The majority of the rows are designed a good foot higher than the one below it (similar to stadium seating in a movie theater) so sightlines are clear and easy. The stage itself is large with enough depth to create many different set designs and changes during any production.


The theatre was a good three quarters full, maybe more, for the performance. The show, based on the novel by Dave Barry and Ridley Pearson, is a prequel to Peter Pan. The cast did a wonderful job enticing the audience into the world of Peter (Oliver Girouard), Molly (Anna Vizzare), and Black Stache (Christopher Puckett). 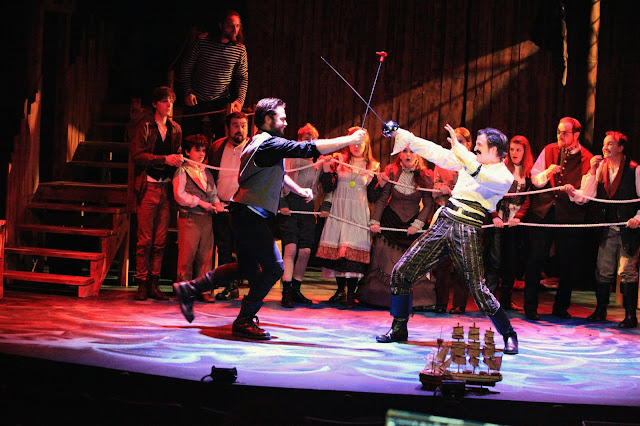 Slank and Stache - Photo by Dale Sutton of Magic Photo


Drama along with healthy doses of humor abound in, "Peter and the Starcatcher", as well as a few musical numbers. The opening song of Act II had the audience rolling. You'll have to see for yourself why.


The sets worked well depicting two ships (one being Neverland) and there were creative methods to help the audience understand what was happening at any given moment (from water and waves, to cats and birds). Again, I don't like to give too much away in my reviews. I prefer the reader see the production for themselves as fresh as possible. 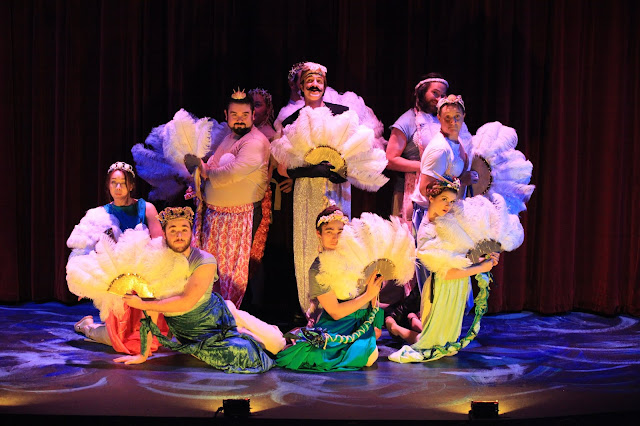 
Director Adam Othman kept the pacing consistent where the show never felt like it was dragging. Outside the guest next to me (a sleepy gal apparently), the audience was engaged during the whole performance.


The cast ranged from good to great (that's a compliment for those new to Eclectic Arts) - with no weak links in the bunch. They were well rehearsed but in the moment on stage and their energy was clearly evident throughout the show. 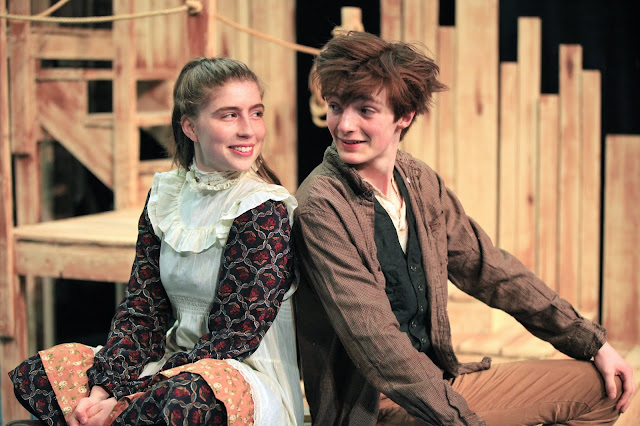 Molly and Peter - Photo by Dale Sutton of Magic Photo


Overall I would recommend, "Peter and the Starcatcher" to families and theatre lovers. I would also highly recommend the Edmonds Driftwood Players as a theatre worth seeing performances at. I enjoyed my first time and, again, I plan on seeing more.

The show runs through December 23rd - don't miss it!
Posted by Eclectic Arts at 12:24 PM