I went into this show thinking I was a guitarist.  Granted, I realize my chops are fairly non- existent at this point but I can still play a bit when the time calls.  I left this show knowing I'm not much of a guitarist.

I watched in admiration and defeat as Yvette Young played her Cort acoustic/electric guitar with the ease of a master.  She also sang on many of her tunes at the same time.  My guitars will now serve me in another capacity - perhaps a coffee table, as I don't have one.

In all seriousness, I was looking forward to a music-oriented night on Sunday at El Corazon.  What I mean by that is every show I've seen at El Corazon, and Graceland before it, etc. has either been metal, hard rock, punk, or something similar.  I know they get the indie artist in there and locals as well (many locals as a matter of fact) but for me when I saw folding chairs in front of the stage I knew this was going to be a music-oriented show.

I had the pleasure of interviewing Yvette Young before the show upstairs in the green room.  Any time I've been able to speak to an artist before their set, it always impacts how I hear/see their performance.  I'm thinking about what we discussed during the interview and then how that shapes what they're doing on stage.  This has always been a plus, never a minus.  Yvette Young was no exception.

There was a good crowd on hand for the first band - locals called Beyond The Woods.  A four-piece performing acoustically, they had many friends and family members in attendance.  They performed a direct half hour set of instrumentals.  Their musicianship was definitely noticeable, at least to me it was.  I understand that they're normally a rocked out progressive metal band so this set was something unusual for them.  The songs were there and they went over well with the somewhat biased crowd.  But, hey, I didn't know them from a hole in the wall and I enjoyed their set, too.  I'd be interested in checking them out in their normal environment of headbanging madness.  Let me know, guys.

After a short changeover, the touring special guest slot took the stage.  So Much Light was the project of one man.  I was going to say young man but like half of the people I review are young men compared to me so I'll just say man.  Backed with a guitar, laptop, pedal board, drum machine, and other gadgets, So Much Light played a set of songs that were hard to describe.  At times singer-songwriter and others pop influenced, the songs were performed from the heart, usually playing electric guitar while singing lead on the tunes.  He had good in between song banter, which is normally the trademark of someone that has gigged around.  I enjoyed his set as well.  Things were off to a great start with the first two artists.

This left the headliner who I came to see - Yvette Young.  Yvette definitely had her fans in attendance, some of whom I think I saw her when her band Covet played the Vera Project earlier this year.  She came out to sit on a stool, coffee cup on the floor by her feet, with an acoustic/electric guitar and a microphone.

The set was markedly different than Covet.  She sang on nearly every tune she played while performing her freakishly good guitar technique on her acoustic guitar.  Finger picking and two hand playing, Yvette's songs felt very, very personal to these ears.  I would love to read the lyrics to her songs as I think they would shed even more light on this topic.

Her voice reminded me of Vienna Teng.  I know it's not kosher for some to compare an artist to another but there are definitely parallels between the two.  Vienna Teng is also one of the best examples of artists out there so this is a high compliment.  (If you're reading this Yvette, I'll message you about Vienna's music and her life story).

I have to hand it to the crowd Sunday night.  They were pin-drop quiet.  It was a beautiful and much appreciated way to absorb every note of music that was being performed.  Yvette Young is an artist with such humble yet strong intentions.  It was truly a pleasure attending her concert and she, like a few others I've met this year, reaffirmed that we artist types are everywhere.

The show ended earlier than I'm used to but it wasn't short.  It was just right.  For all you readers out there, who also consider themselves artistic, go check out Yvette Young, Covet, and anything else she does.  You can feel her wings artistically spreading as she continues to explore and grace us with her art.

Believe me, you'll want to go along for this ride.  Cheers!

Special Thanks:  Yvette Young for guesting me and for taking the time to do the video interview.  I enjoyed meeting you and learning more about your work.  I hope I can cover your show again the next time you're in the area.  Thank you!

So Much Light Bandcamp Page 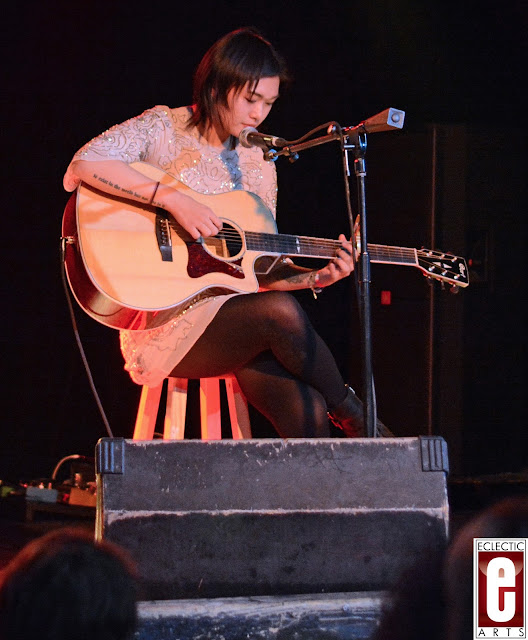 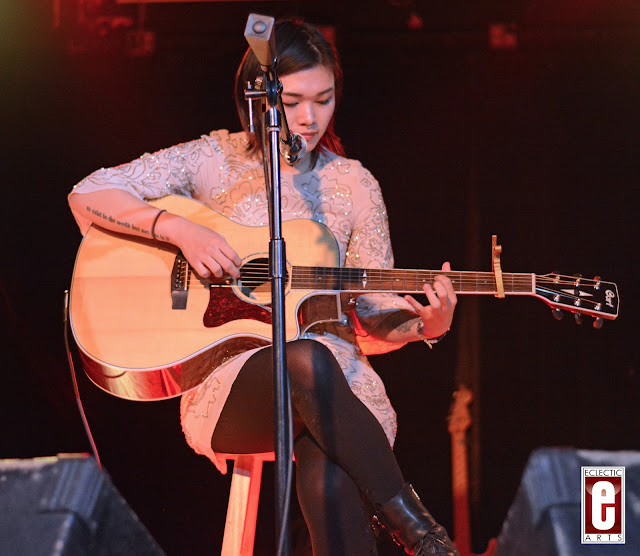 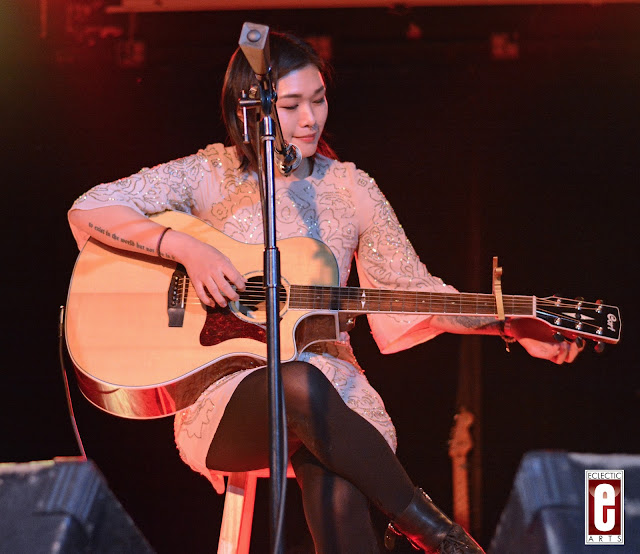 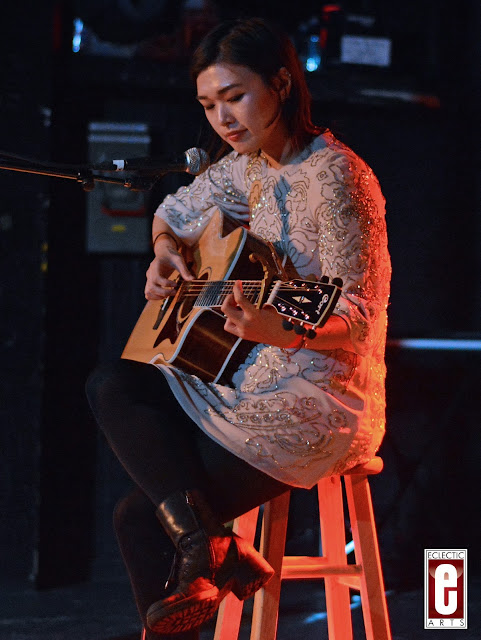 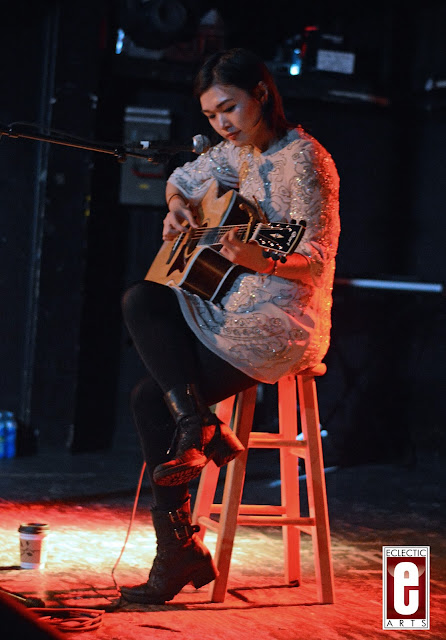 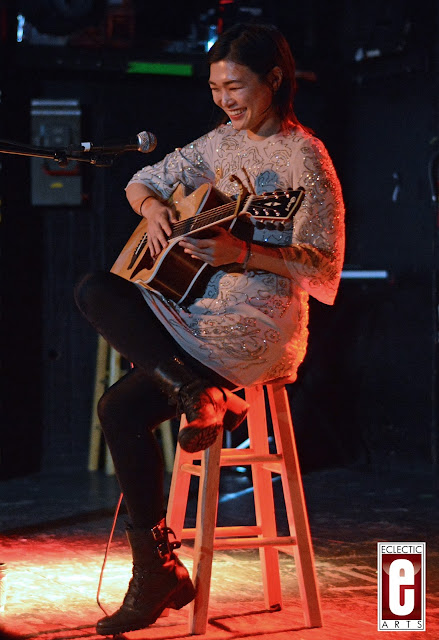 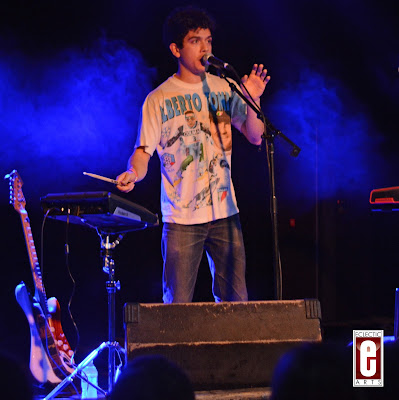 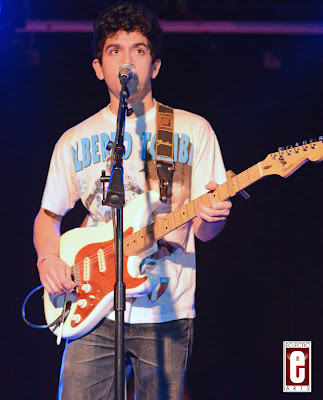 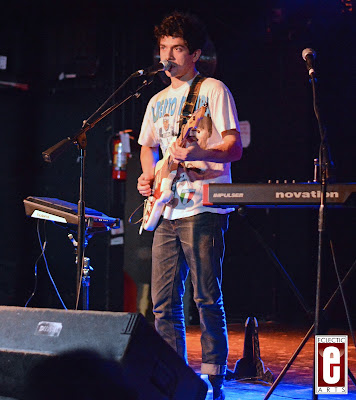 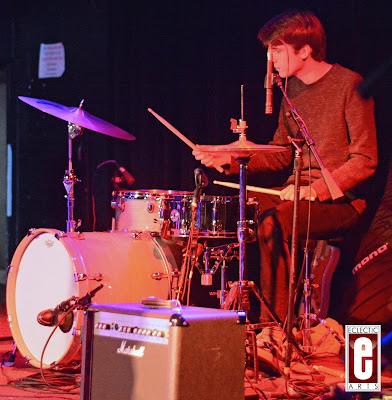 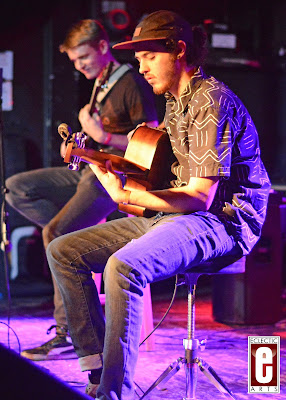 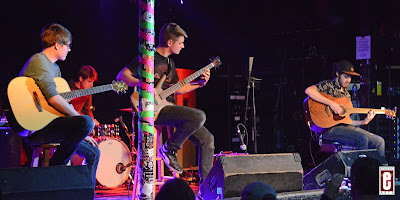 Posted by Eclectic Arts at 7:28 PM