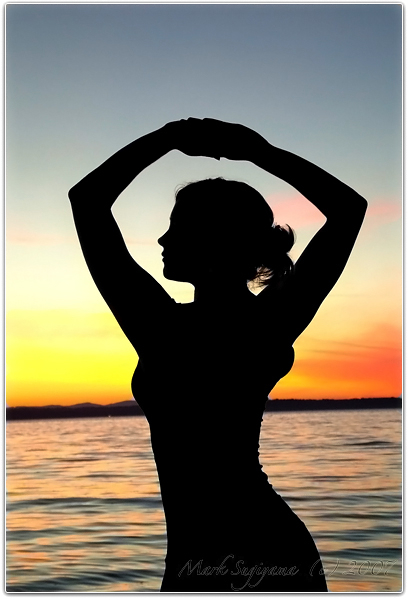 I am flat out exhausted right now.  This week is when we kick off our fall programs at the "other" job.  I can't begin to describe how much work goes into getting these programs up and running.

I also covered two shows this week when, in reality, I should have planned better/said no so that I could get some rest.  Even though it's Friday night as I type this (not sure how smart this is either), I am not done yet.  I have another program to launch tomorrow and a third show to cover tomorrow night.  Oh, and a family obligation is in there, too.  Go me…

I just want to preface my current hazy state of mind right now before I delve into this thing called IBA.

This is a random list of thoughts and observations two weeks after AL1CE performed up here in Seattle and Everett.  There is no rhyme or reason to this list other than to give the hardcore reader of Eclectic Arts and/or the hardcore fan of AL1CE some insight into what you may have read, heard, or seen in any of the material I produced while covering the band over Labor Day weekend.

*I have no idea what Sasha looks like in person without either:  teased hair and sunglasses or teased hair and eye makeup for the stage.  I only realized this after editing the video footage and looking through the various photos I had taken at the shows.  It didn't even dawn on me when I was at the shows.

*The end credit scene in the behind the scenes video is the signed drumhead I purchased from the band - with a filter over it.  Someone asked me if that was a sticker - I don't think they looked at it very closely.

*The end credit guitar is the keyboard melody from "Looking Glass" played by some guy that lives in Edmonds, WA.  Maybe you know him?  ;o)


*It was a full 2-minute piece that was poorly recorded on my DSLR camera.  When I was listening back to the audio, I decided to just cut it way down to the few seconds you hear in the video before it goes to black.  I figured I already had a background track in part of the video that was my music, I don't need 2 full minutes of me playing guitar on a whim.

*The scene from Seattle where all you can see is this dark vertical shot was my footage from my old iPhone with the camera pointed at my beer on the table.  I kept this in the video, as it is the first live anything I heard in person from AL1CE - and I found it silly visually so it had to go in (the original clip was a good 20 seconds longer, though).

*Art inspires art.  I've already touched on this but I had an idea way back in 2007 that, because of the inspiration from my time covering AL1CE, I want to make a reality now.  It will involve all three parts of my "three headed monster" (media, photography, music) - so Eclectic Arts, Seattle Next Door, and Incarpathia will finally cross paths after ten years of flirting with each other.  Stay tuned…

*The concept of multiple bands that the core members of the band are involved with hit home with my own projects.  Even though mine aren't all music, that similarity crossed my mind a week ago.

*I was in the bathroom at Studio Seven the other night and I thought about Scott's photo escapades while on tour.

*One of my co-workers left my "other job" today - everyone associated her with pandas (lots of panda stuff in her cubicle).  I wonder if she has a onesie?  I know two people that do.

*I had edited the behind the scenes video when the program I was using decided to act up.  I had spent maybe a good 2 hours watching and jotting down notes before actually doing any work with it.  I was probably about 90% done with the whole video when the program crapped out.  I thought I was lucky as I had safety saved it.  Nope.  Lost it all.  So, I had to start all over with that video - I ended up bum rushing through it to get it edited and uploaded.  For someone with video and editing skills, it probably would have taken them only a few hours.  For me it took forever.  But, I'm still happy with how it came out.  It makes me think if I was ever to do something like that again, what shots I would of made sure I got next time, let alone what software I would use.

*I bought the band's MP3's that were available last weekend before I started editing the bts video.

*I was glad I had planned ahead to get certain non-band shots in Everett - they came in handy when editing the video.

*If/when the band comes back, I thought about what other places they could play up here that match their style(s) of music.  Neumos down the road from the Highline came to mind.  Capacity is large though so they'd have to be a part of a package that could fill a 600+ place.  Not as keen on the package or festival idea.  Maybe the Sunset in Ballard - holds 200 in the back room.  Kind of hipster but I've covered a lot of music there.


*Now if Alice Underground came - one of the performance art theaters (ahem, there's one in Edmonds) would be a great place to see them.  Actually, all four projects at once could be done there.  Capacity is on the larger side again but if I'm dreaming - it'd be fun to see them in a place with a nice stage, lights, pristine acoustics, etc.

*I talked about the band to several people after Labor Day.  You actually couldn't get me to shut up about them.

*I covered another show on Tuesday September 5th.  It was hard to go from AL1CE to that show.  Don't get me wrong - I did what I always do which is take every concert credential assignment seriously.  But, as I was there shooting, listening, and taking in the performance, my mind wasn't completely in the game.  For that, I apologize to the other bands on the 5th.  As I said in my show report, I wasn't expecting the long lasting impact of the AL1CE shows (but very glad it happened ….)

*As I said above, I covered two shows this week - both excellent.  Symphonic metal and straight up death inspired heavy metal.  I felt out of place at the second show even though I grew up a metalhead.  Why?  I had AL1CE on the brain again Thursday night.  I probably shouldn't have been listening to their music in my car before that gig.

*I would love to hear Tash's operatic voice ….

*The video footage with my Sony RX100 came out much better than I could have hoped.  I was concerned about the audio but if you watch the bts video, the stuff looks and sounds really good.  It is a pocket-sized camera but deceptively so.  With a 1-inch sensor and a Zeiss lens, that camera can do a lot of damage (in a good way).

*I had a band reach out to me last week about possibly covering their event at the end of this month.  I saw them in 2015 play on a Sunday night to basically no one.  They were in their fashion costumes, very thought out visually, and played a 30 or 40 minute set.  I also conducted a brief email interview back then after seeing them that night (this was before I was doing concert reviews/coverage for EA).  Four ladies from LA that used to call themselves Lex, they are now known as LJ Laboratory.  They are into art, fashion, synth music, etc.  It looks like I'll be there at the W Hotel to not only cover their gig but to speak to them afterward.  They have elements that remind me a little of AL1CE visually (eye makeup in one of their videos as well as their art influence in their work) and a smidge sonically (just that they are a synth based band).


I've never met any of them so it should be interesting to chat for a bit.

*"Save your drink tickets.  I want to do something with them after the tour."

*I need to find the right place to display my drumhead.  Right now its sitting on a chair that also has my physical photography portfolio (that needs updating).

*When I see a Rickenbacker bass (Gordon plays one), I think of two people - Lemmy and Cliff Burton.

*Whenever I perform music again, either with my duo or possibly solo, I know I'll fiddle around with doing an AL1CE cover.

*The show report stands out now that I've had some time away from it.  I re-read it last night and, aside from a few errors or omissions, I'm very happy with it.  If you're ever bored, go look through the EA site and you'll see that there really aren’t any other entries like that report.  I've done some long reviews (Babymetal and Guns N' Roses come to mind) as well as the interviews with a few craft breweries that were transcriptions of recorded audio but nothing like the AL1CE show report.  J

*My mom likes, "Looking Glass".  She told me that last weekend.

*What does IBA stand for?