I was very fortunate to witness the music of Rodriguez.  If you aren't familiar with his story (or the film that brought this new found attention to the man and his music the last five years), it honestly would not have mattered at the show in Seattle.

There is an honesty and integrity that rings through each note of music that emanates from Rodriguez.  One can't help but feel like your witnessing the performance of a wise man, an elder, a poet from yesteryear.

The Moore Theatre in Seattle, WA was the perfect setting for an evening with Rodriguez.  This was the last stop on a string of west coast performances.

Opening the night was NY based singer songwriter Arum Rae.  Performing solo - standing with an acoustic guitar - Arum poured her heart out into an opening set of songs that went over very well with the audience (myself included).

What was unique was that as Arum got deeper into her set, the more intimate the 1800 capacity Moore Theatre became.  Her voice singing of life's trials and tribulations, hopes and dreams (including one of touring with Rodriguez), I found her performance hypnotizing.

Accompanying herself on acoustic guitar - no capo key adjustments for any songs, which was unusual - Arum made quite a few new fans with her performance.  I would strongly suggest checking her out if she plays your town.  Beautiful music and performance!

After a brief changeover, the three-piece backing band for Rodriguez was introduced who took their positions on the stage.  Then, the man himself was introduced.  Escorted out with assistants on either side, the 74-year-old musician came out to thunderous applause.  After getting situated on a high backed stool, with a stand to his right, Rodriguez said a few words to the audience before donning sunglasses and, at first, a beanie/skull cap.

He and the band launched into a few songs before Rodriguez changed his beanie for his more familiar black hat.  In-between songs it was interesting to notice that he would always turn to his right, strum a few chords, sometimes say something to his guitar player (and I'm guessing music conductor for the band), and then reach out to see where the mic was before launching into the next song.

Very few in-between songs banter - although he would respond when the audience was yelling out things to him.

Everything from, "I Wonder" and, of course, "Sugarman" was aired as well as several cover tunes including The Door's, "Light My Fire" and Jefferson Airplane's, "Somebody To Love".

The sound got better as the night continued on (I think initially the mic for Rodriguez was not close enough to him and the FOH sound didn't adjust at first - even with audience members yelling out for more vocal in the mix).  Watching Rodriguez play his nylon string acoustic electric with his right hand strumming and slapping the chords out (no pick), his unmistakable voice really hit home just what an amazing musician he is.  To think the majority of the world never would of known of this immensely talented man had it not been for the Academy Award winning film, "Searching for Sugarman" is amazing to me.

Thank goodness for the film shining a light on Rodriguez.  The world is a better place with he and his music in it.

The evening ended with a full crew bow to the audience.  Waves and thank you's from the stage and Rodriguez was escorted off to stage left as the house lights came on.

A satisfying evening of music from both Arum Rae and Rodriguez, I was fortunate to be there with the other fans in attendance.

As Rodriguez said from the stage, "Sugarman" the song is "descriptive not prescriptive", and, "hugs not drugs".  Rodriguez is the music man - delivering music to anyone that will receive it.  "Searching for Sugarman"?

I found him here in Seattle, WA.  And I'm hooked.

Special Thanks:  Nate (for Arum Rae) and Rodriguez for the credentials! 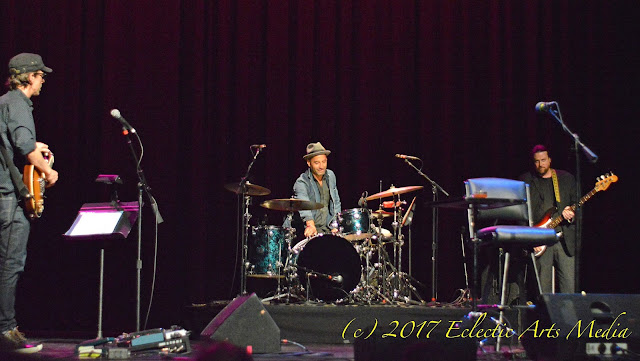 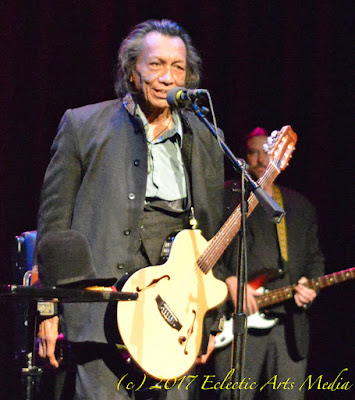 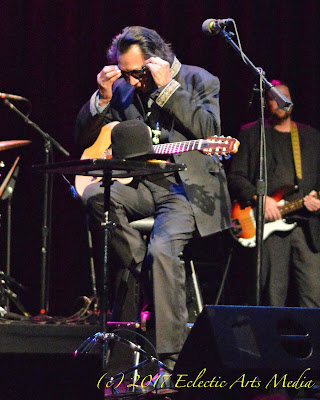 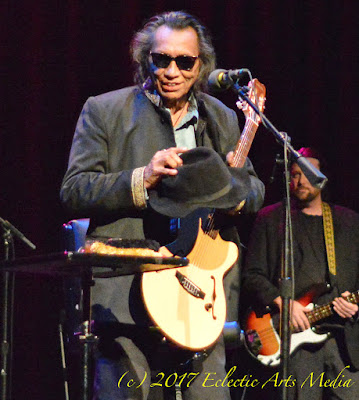 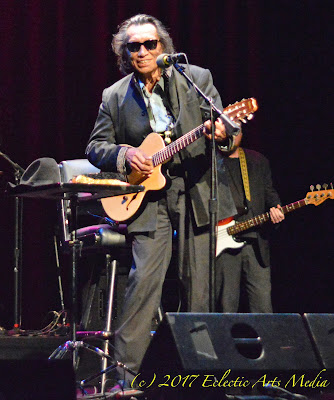 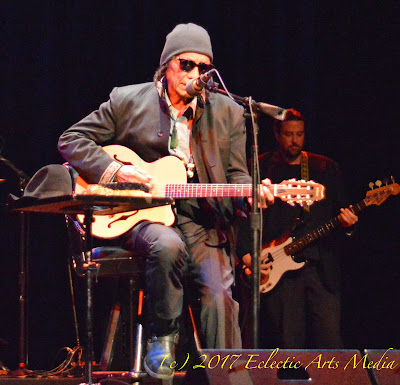 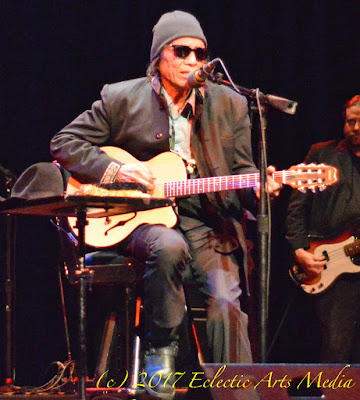 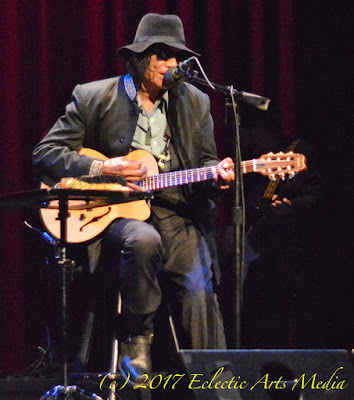 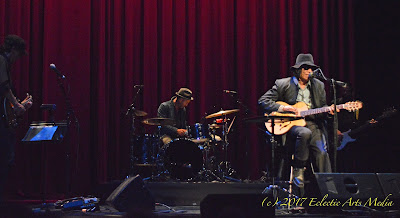 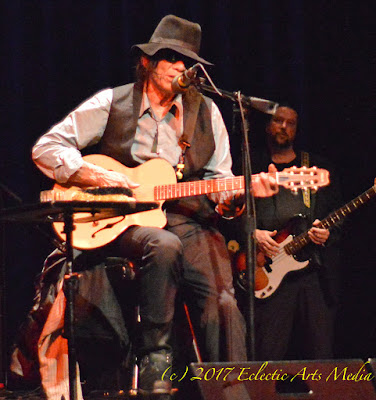 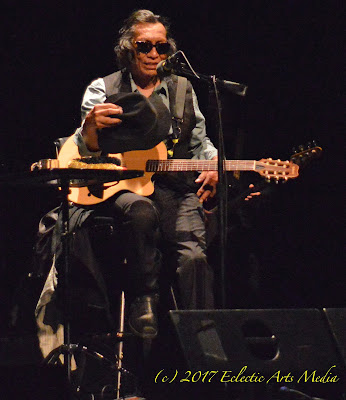 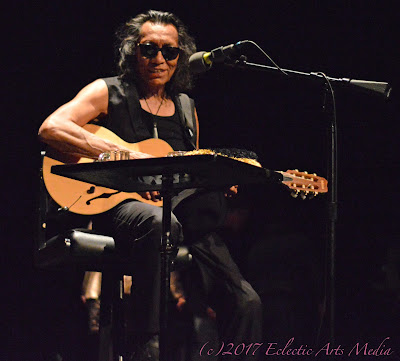 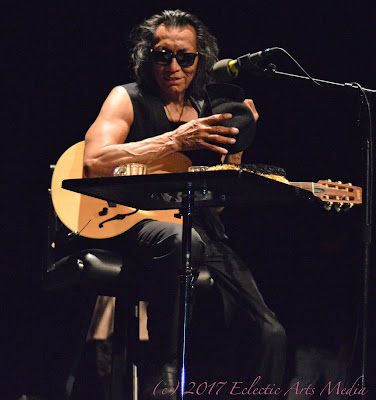 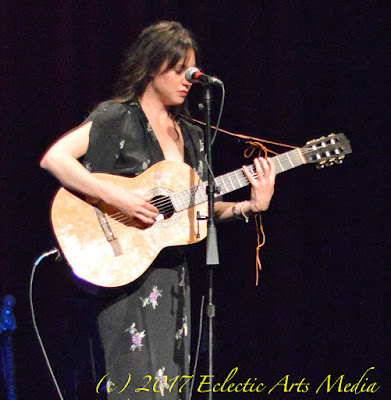 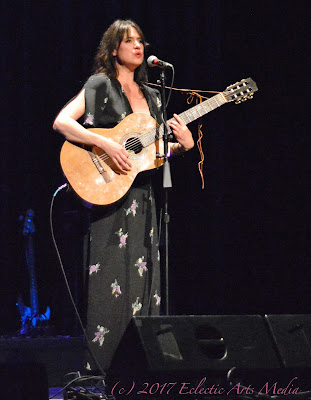 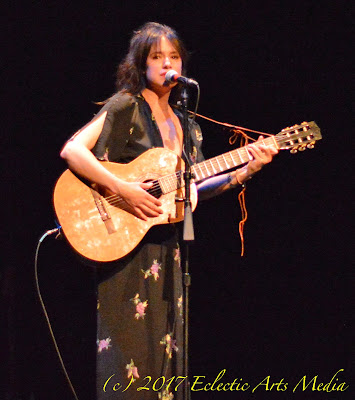