Isaac Rother and The Phantoms

The first day of summer brought Japan’s jet rock n’ roll trio, Guitar Wolf, to the Sunset in Ballard.  A sold out show, the band were on the road supporting their newest album, “T-Rex From A Tiny Space Yojouhan”.

For the uninitiated, Guitar Wolf live is quite the sight to behold.  They are reminiscent of the early days of punk rock.  Sweat dripping from the walls, loud, rude and crude, no apologies kind of shows.  The gig on Wednesday night was sold out – people turned away at the door, phone callers told there were no more tickets for the show, etc.  I knew I was in for a wild ride!

Opening the night at 9pm was Mommy Long Legs – a local four piece punk outfit.  There 30 minute set was brief but to the point.

Up from LA, Isaac Rother and The Phantoms were in the special guest slot.  A throwback to the surfing bands of the era mixed with everything you loved about the ghouls and goblins soundtrack as well.  The band definitely got the crowd warmed up who were dancing through the majority of their set.  The stage was set for the headliner.

The sold out Sunset was packed with fans for Guitar Wolf.  Donning the stage in dinosaur masks, Drum Wolf and (new) Bass Wolf walked on first followed by Guitar Wolf (Seiji).  For the next hour or so, the Sunset became a fun filled, punk rock sweatbox.  No breaks in the set-list other than to pull a fan up (one of the guitarists from Mommy Long Legs) to channel Guitar Wolf which is still one of the coolest things I’ve seen a band do in a while.  Guitar Wolf crowd surfed per usual during this part as did the fan.

The band shows no signs of slowing down even after all these years.  After their main set and encore, the lights came up and the fans started to leave to get some air outside, grab another drink in the bar, etc.  Guitar Wolf came back on for a solo encore song which half of us got to hear that stayed.

Watching Seiji playing a song this way, solo, after the encore, was awesome.  Sweat drenched and leather clad, he epitomized punk rock and what Guitar Wolf have stood for all these years; Jet Rock N’ Roll! 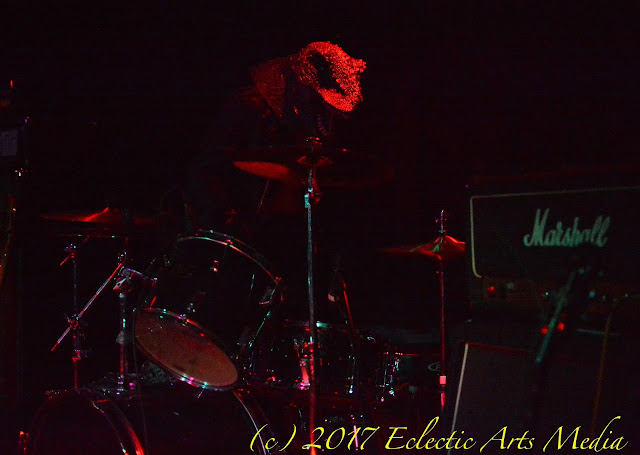 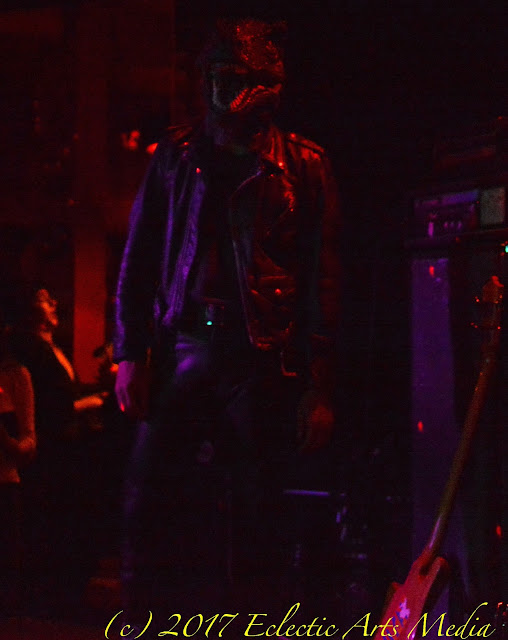 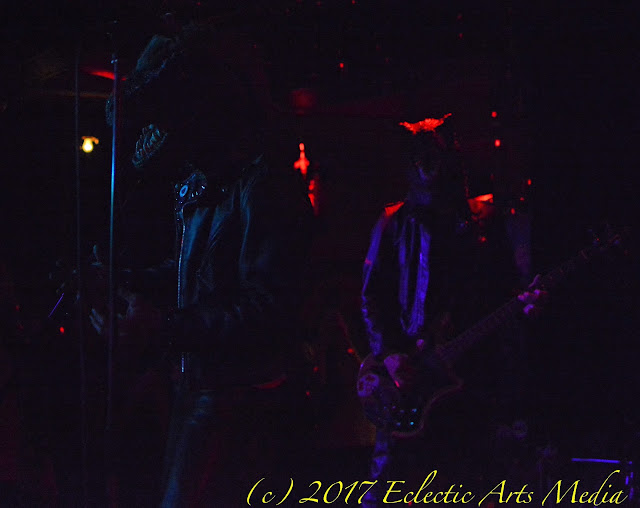 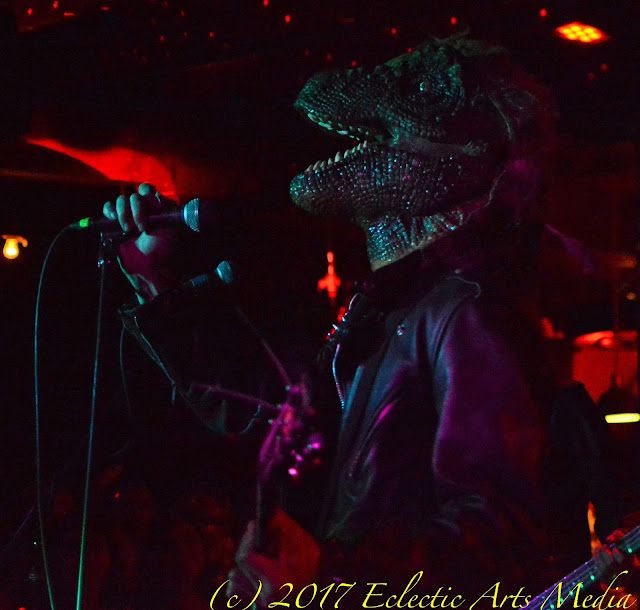 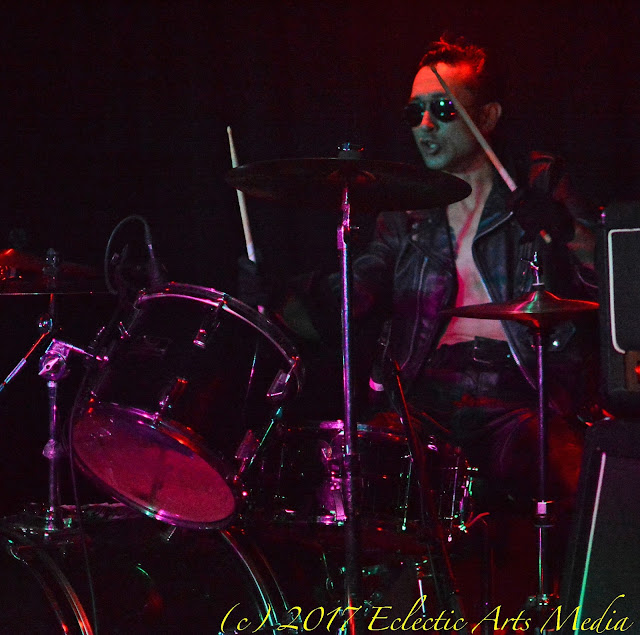 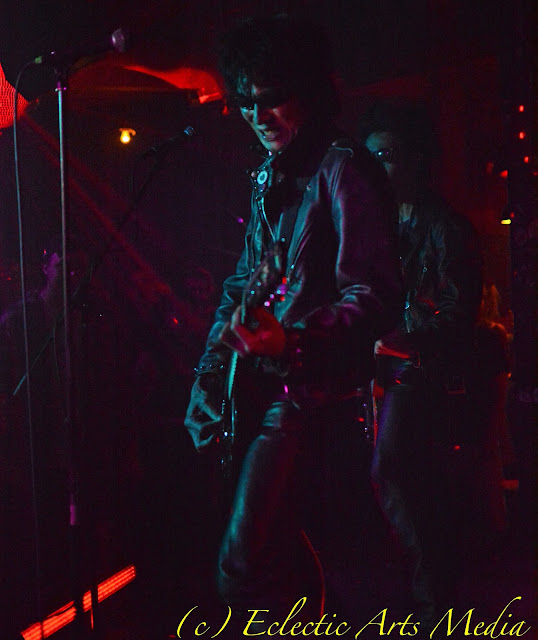 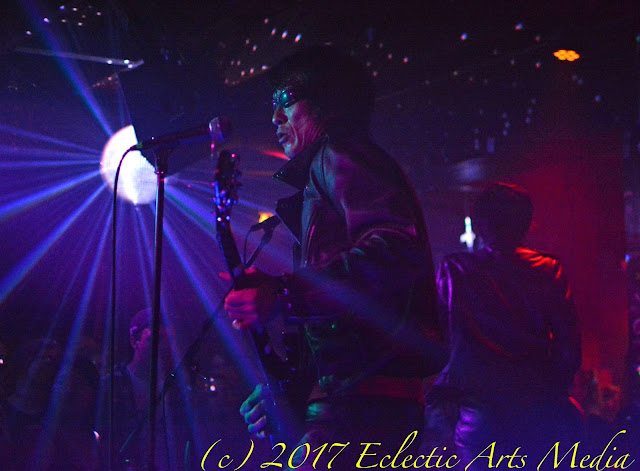 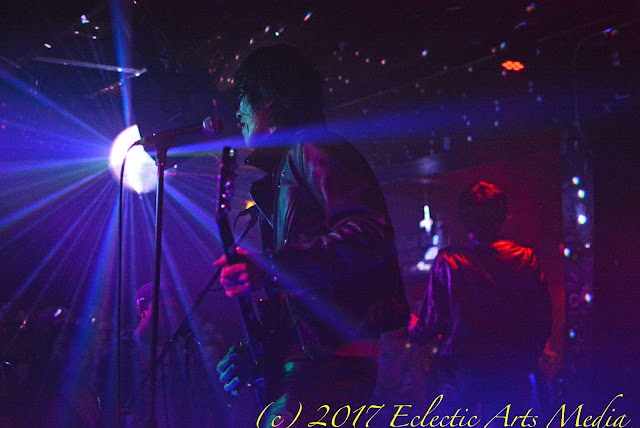 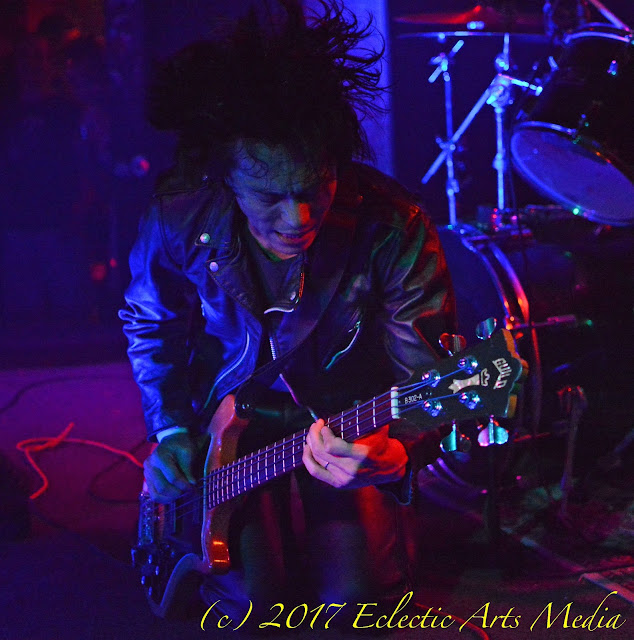 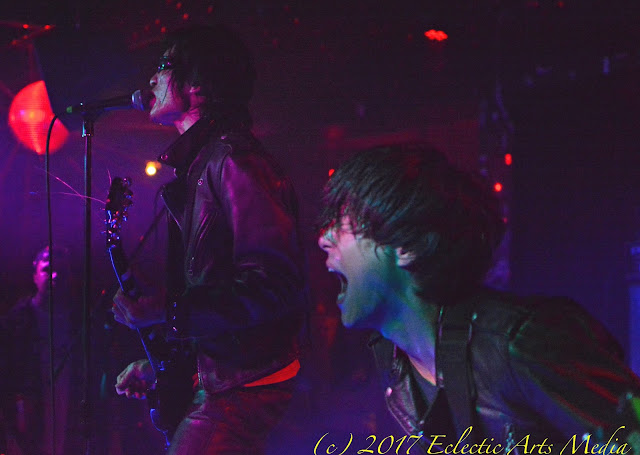 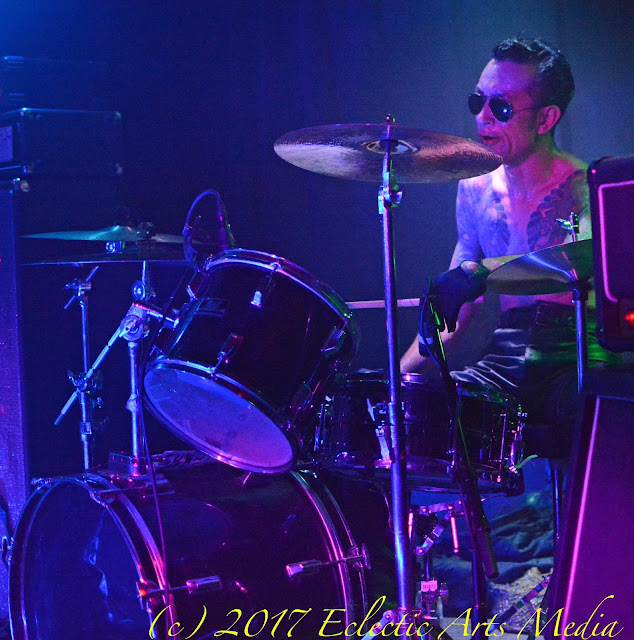 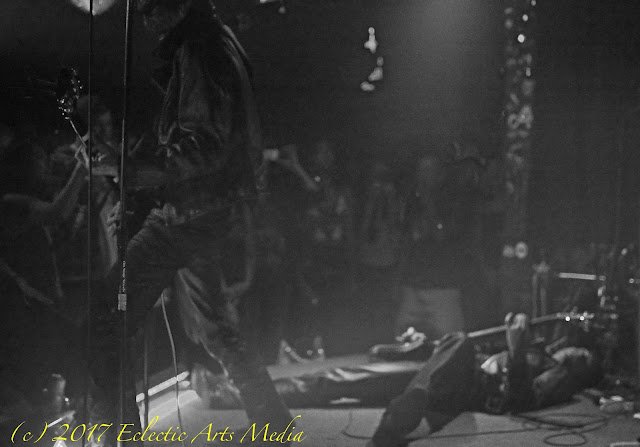 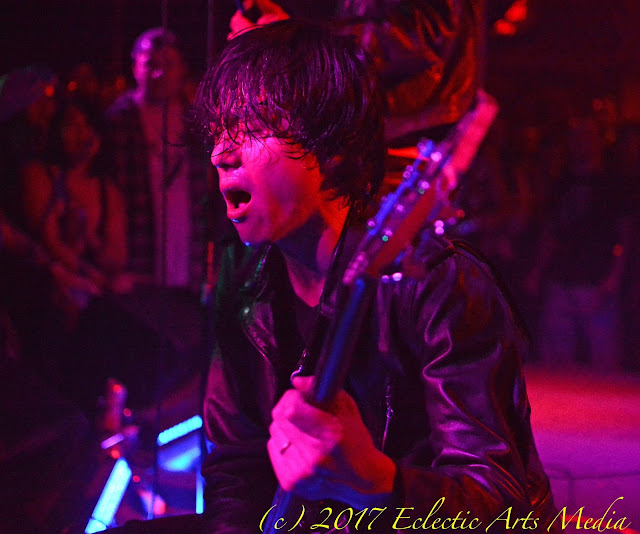 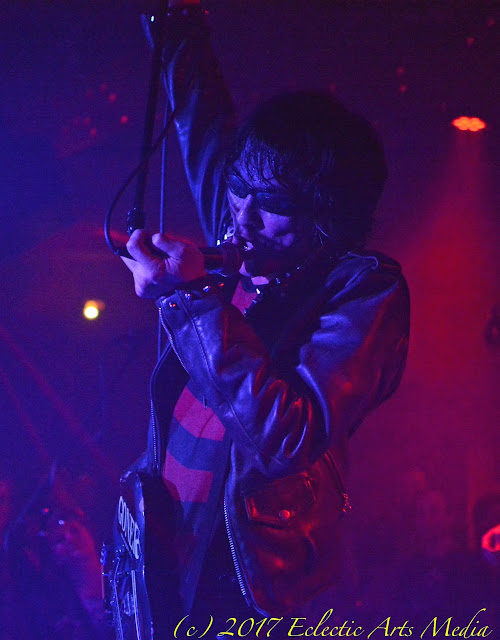 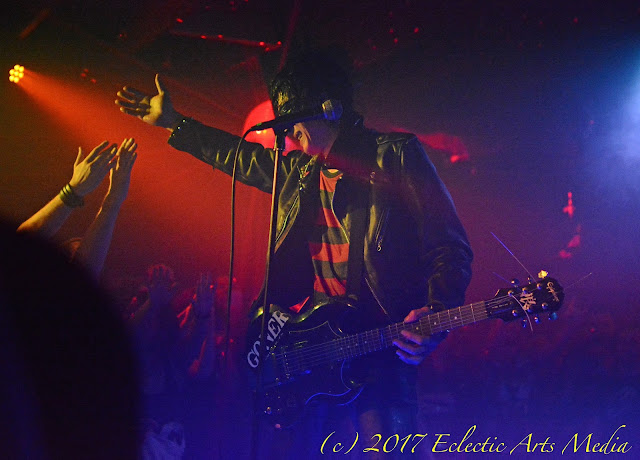 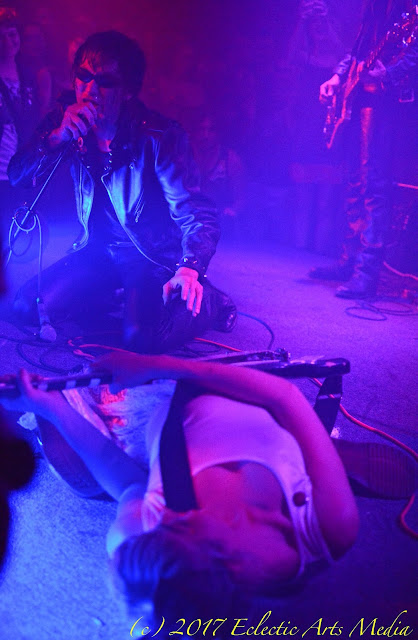 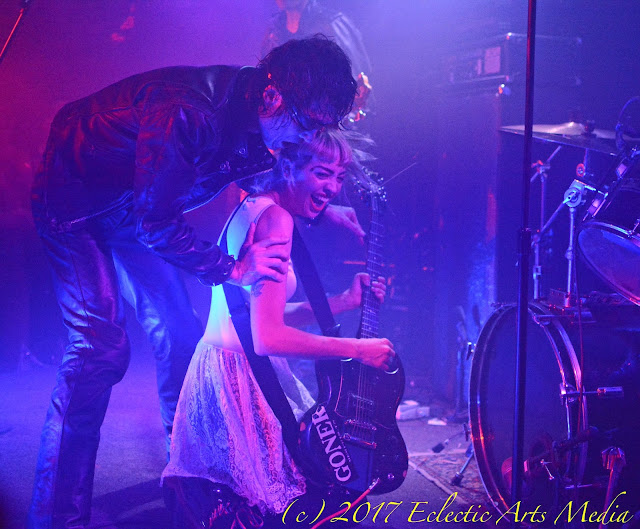 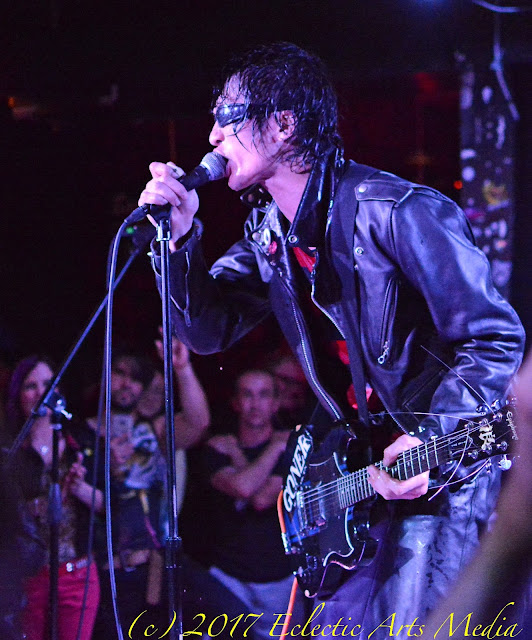 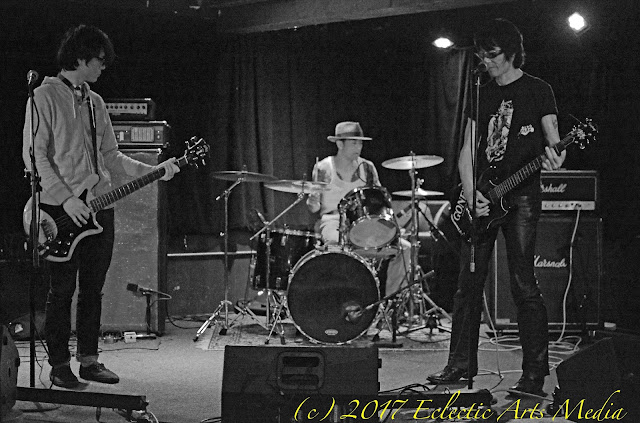