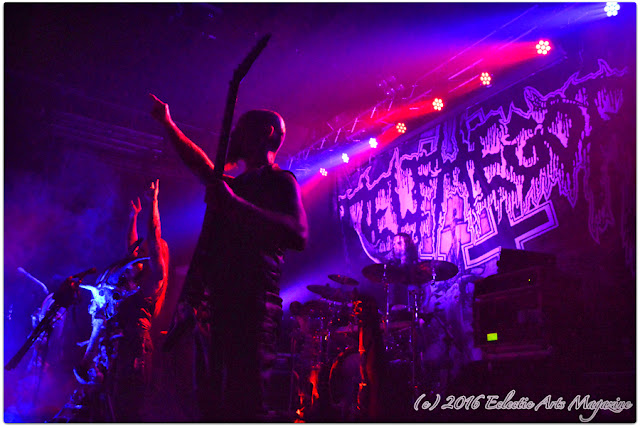 The mighty Belphegor roared into town on August 22nd at Studio Seven on their Conjuring The Dead Tour.  Bringing with them three other bands, plus a local for support, the evening was going to be full of blackened death metal at its finest! 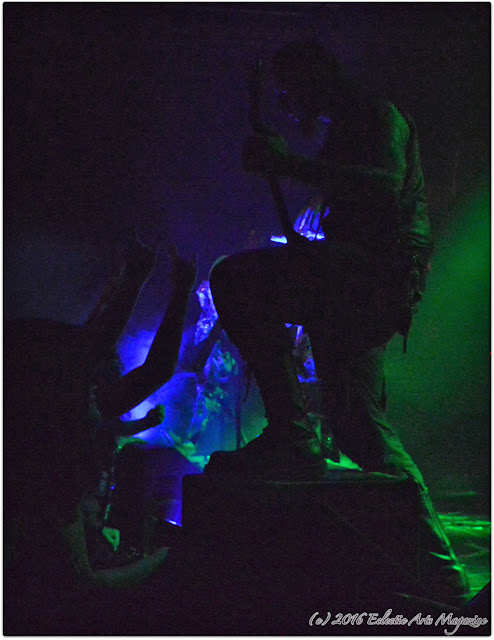 I've been a fan of Belphegor for quite some time.  I still have my Blutsabbath and other assorted longsleeves from the early days.  But, this was my first time seeing the band live - yeah, I'm lame, I know.


Local band Ashen Pyre started off the night.  A short 20-minute set of black metal with a touch of atmosphere, there was some definite potential in their sound.  I would lose the sunglasses and the white clothing but other than that, they fit the bill nicely. 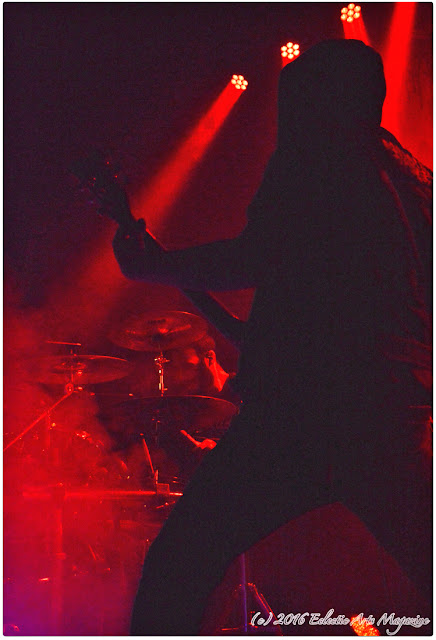 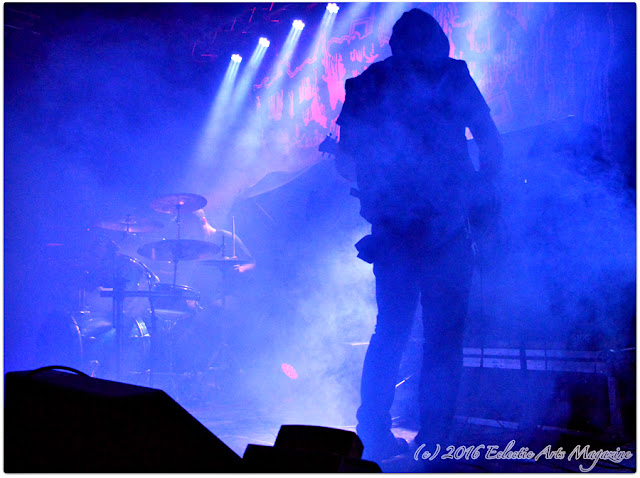 Next up were Abigail Williams - named after the Salem Witch Trials teenager.  A trio of two guitars and drums, the mood for the evening was definitely set by these guys.  Intense atmospheric black metal, the band created the right mood in the venue, something many black metal bands fail to do.  Abigail Williams really did a great job warming up the crowd. 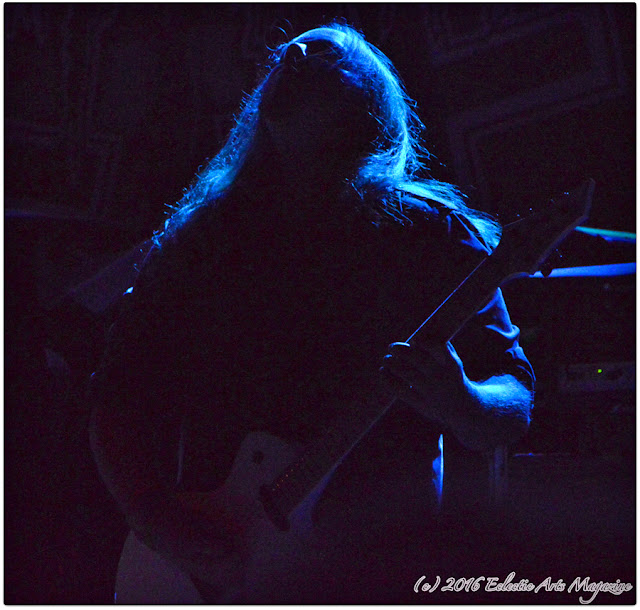 A band from Sweden was next. 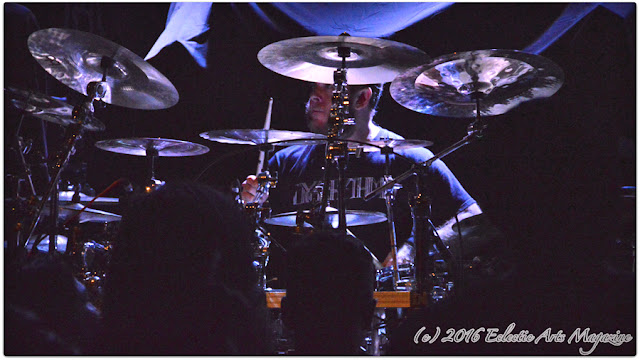 Origin showed why they are one of the most underrated technical death metal bands out there.  Blasting through their set with skill and precision, the band really got things moving in the pit.  Their set never let up.  It was amazing watching the guys play through a selection of old and new songs.  I would love to see a tour of these guys with Nile and Cryptopsy.  Great stuff! With fog, dry ice, skulls, gas mask, and lighting to match, Belphegor took the stage.  Their headlining presentation was spot on with their music.  I've always thought that they were doing the black/death hybrid long before Behemoth put their stamp on the genre.  Helmuth and company were just fucking sick! 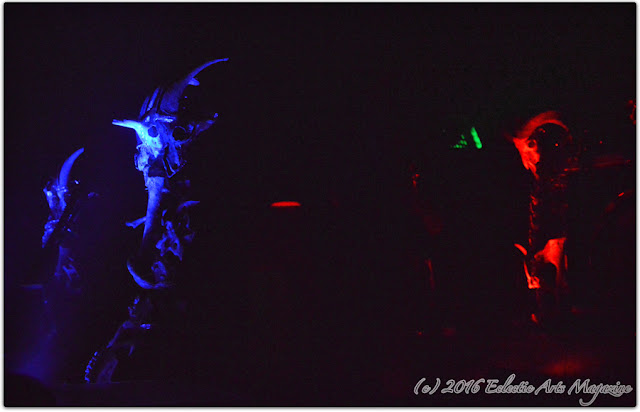 Playing about an hour-long set, the band showed what a professional, veteran act of musicians they've become over the years.  Why they're not bigger, I'll never understand. 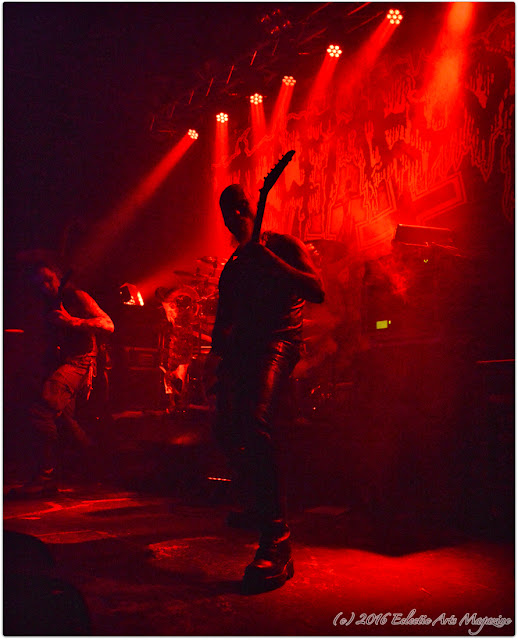 The crowd was way into Belphegor and for good reason.  Even though the venue was not even half full, the band played like their lives depended on it.  While I would of loved to have heard a longer set, the hour they played was strong from start to finish. 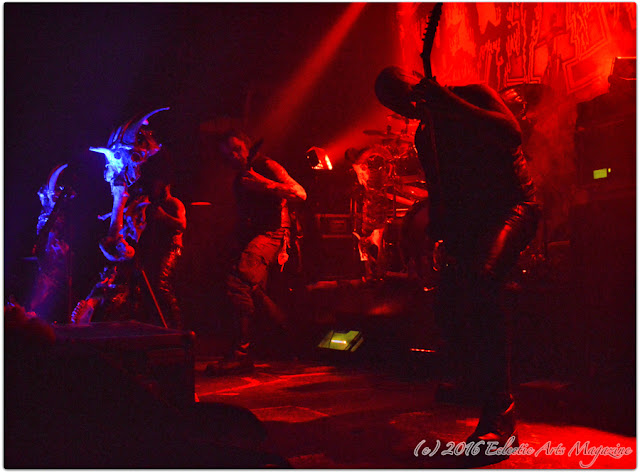 After the encore, Helmuth handed out picks - one directly to me as I had been on the side of the stage taking photos all night (that are now in this review).

If this tour hits your town, get your ass down to the gig!

Thank you to: Charles E. at Nuclear Blast for the credentials! 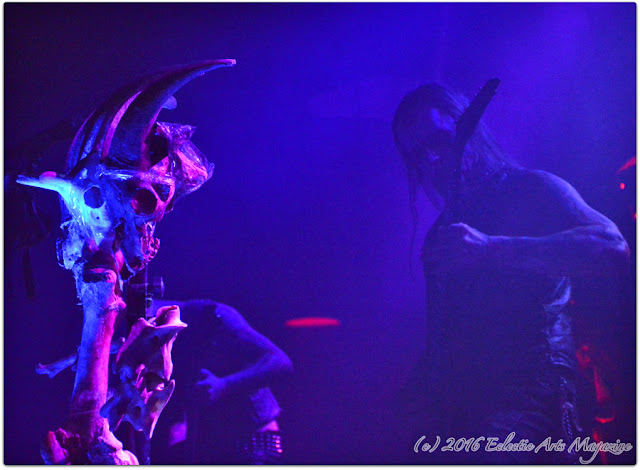 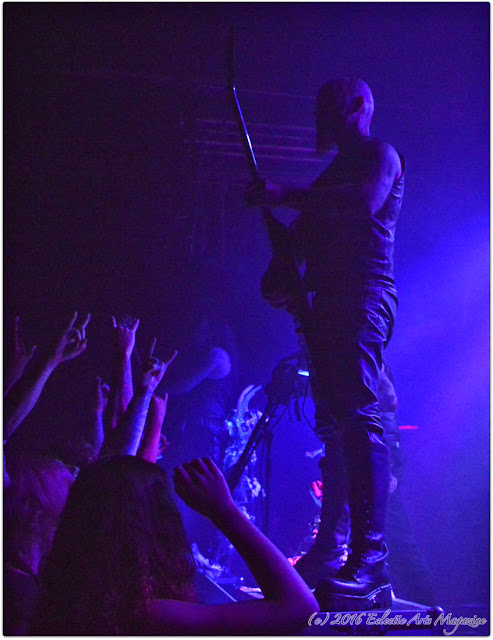 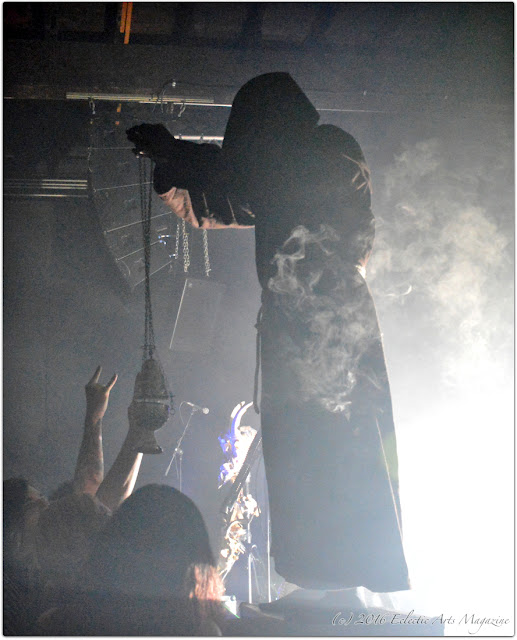 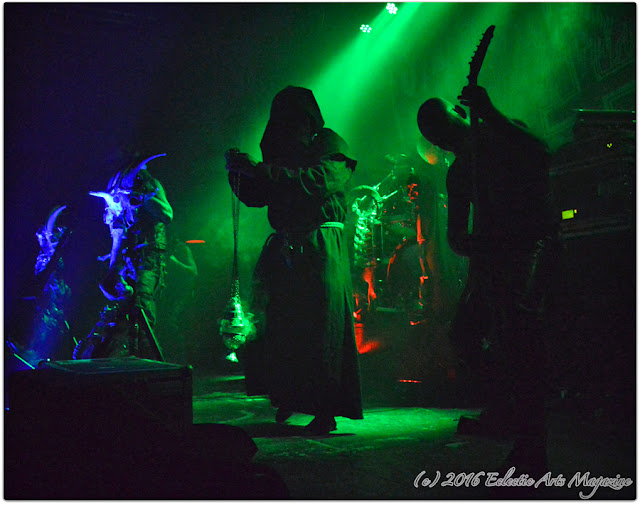 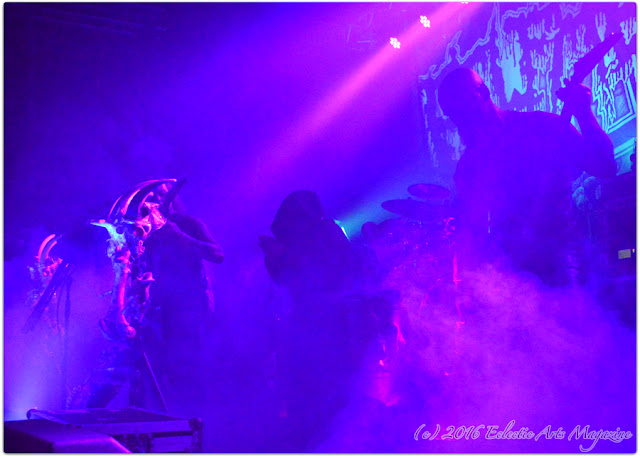 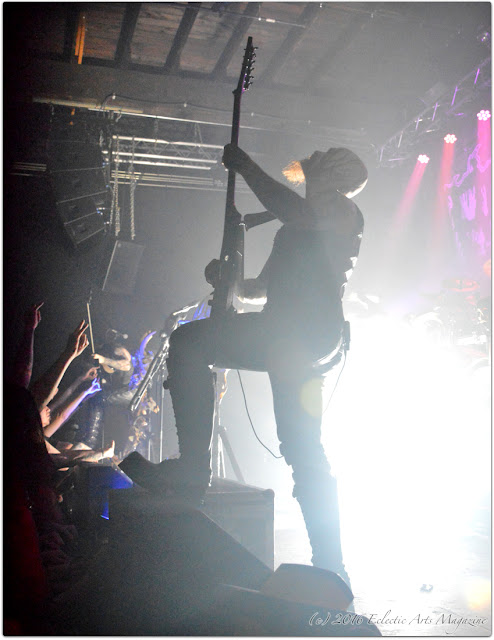 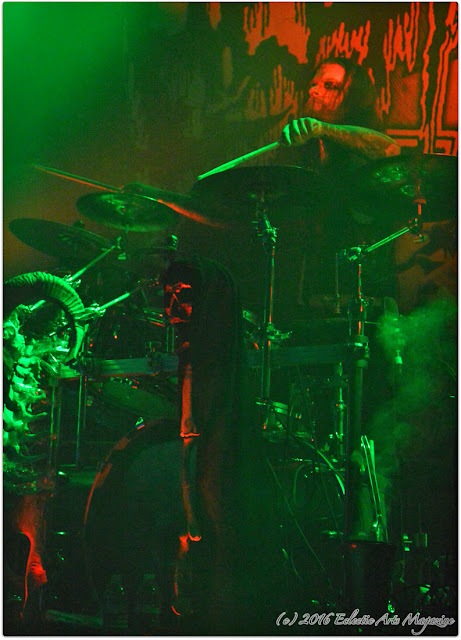 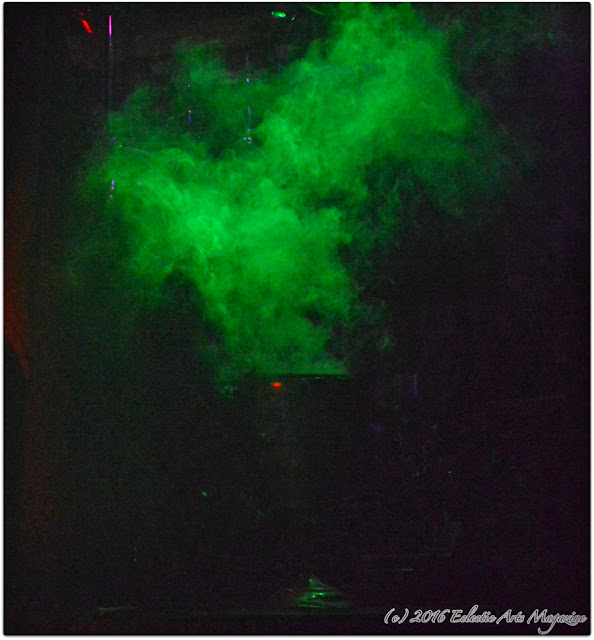 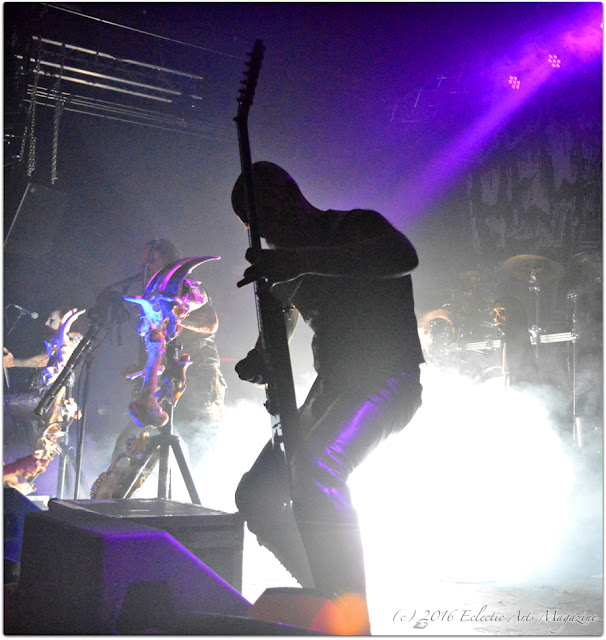 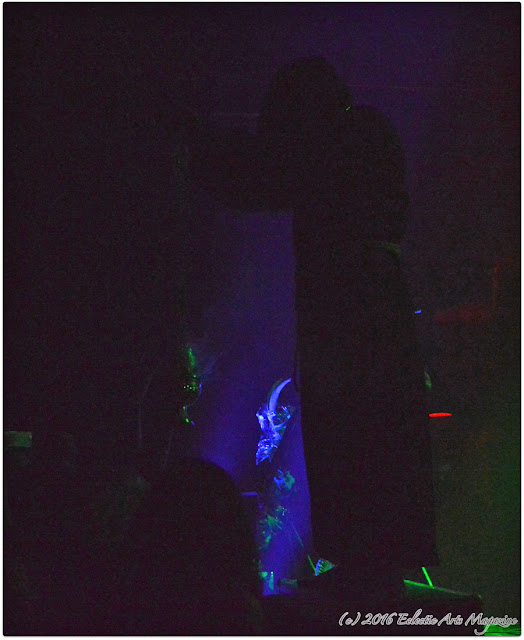 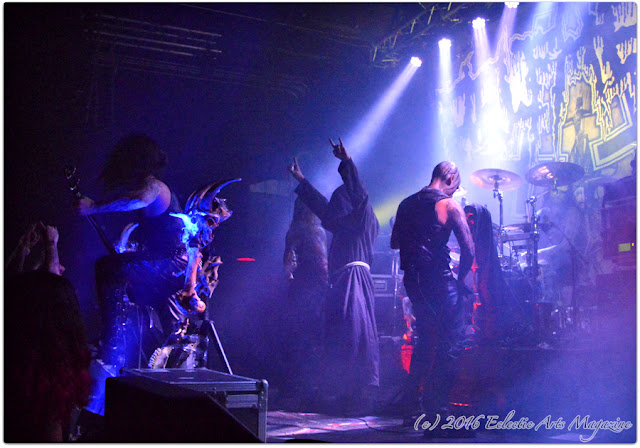 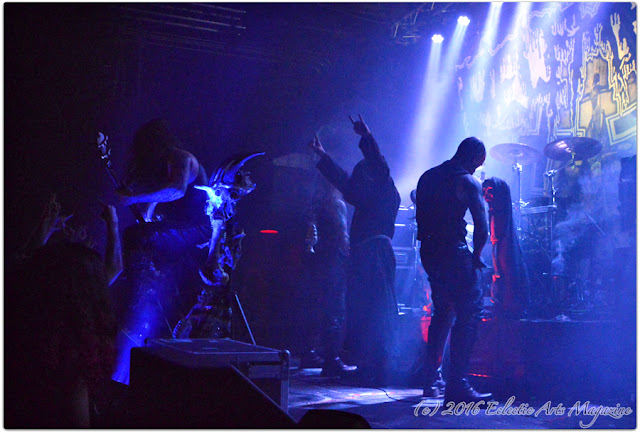 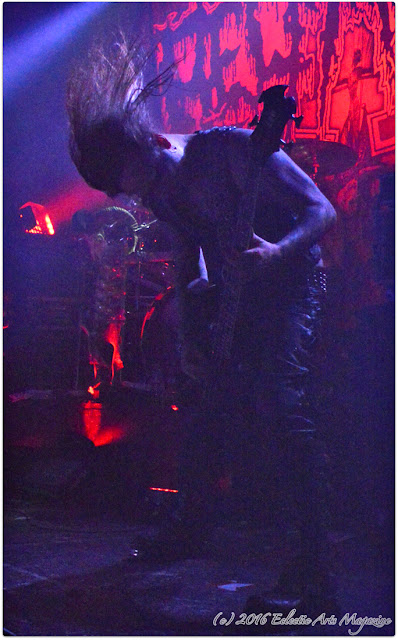 Posted by Eclectic Arts at 5:07 PM