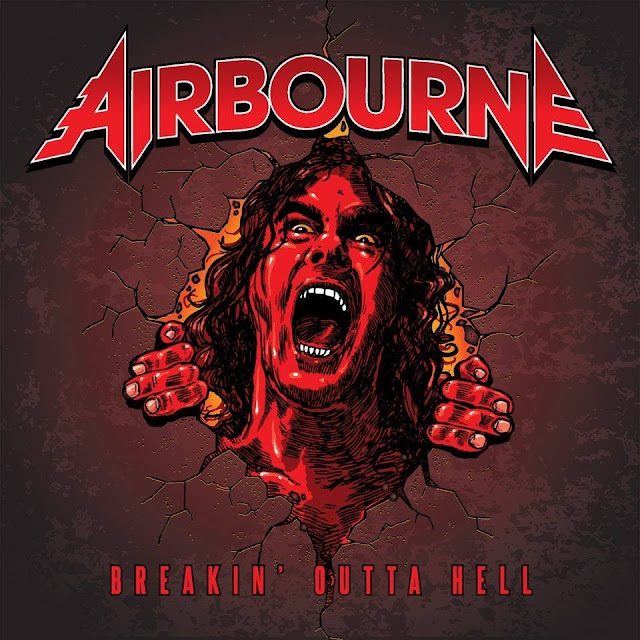 Sometimes you actually need a gig to happen.  I know that's a weird way to start off a review but in the case of Airbourne, who played this past Friday evening at the Tractor Tavern in Ballard, WA, I had such a crap week at my day job that I really needed this gig as an outlet, a release if you will.

Having been a fan of the band since "Runnin' Wild" was released almost ten years ago, this would be my first time seeing the band live.  And, considering it was at the Tractor, which is a rather intimate club, I was stoked that much more.  I was looking forward to a night of rip roaring rock n' roll from the Aussie four piece!

I landed in Ballard just before 8pm - when the doors were scheduled to open.  I meandered my way over to Ballard Avenue, and saw the line of folks outside.  AC/DC shirts, a few jean vests with patches on them, and a lot of hipsters, the downside of gigs at the Tractor if you ask me but I'm an old fart which equals old school.

Anyway, I went into the show, saw a couple of industry folks I knew, and checked out the merch area while I waited for the opener to start at 9pm.

Airbourne had a lot of merch with them - but no copies of the new album, "Breakin’ Outta Hell" which comes out this Friday the 23rd.  I've been to some shows where they will sell copies a good week before the official drop date but not this time.  No worries.  I bought a cool looking t-shirt for $20 (yeah, only $20 for any t-shirt - nice job lads on keeping things reasonable - thank you!) and finished my beer. 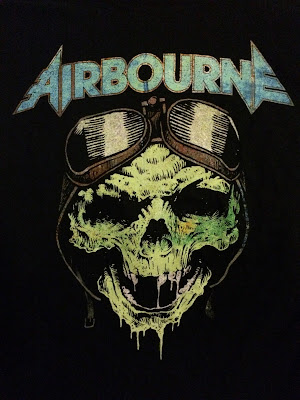 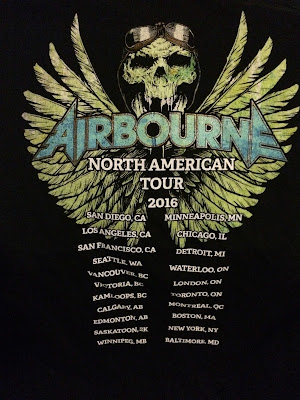 The opening act, The Wild! (from Canada), hit the stage for a blistering 45 minute set.  These guys were a perfect fit for the Airbourne gig.  Similar balls out rock n' roll was the order of the day with The Wild! and they delivered in spades!  Outfitted in denim biker vests with the bands name on the back and their individual (nick)names on the front, The Wild! got the crowd going - exactly what an opening act is supposed to do.  I think a lot of fans started out their set like me wondering who these guys were.  By the end of their set, everyone knew who they were.  Great stuff! 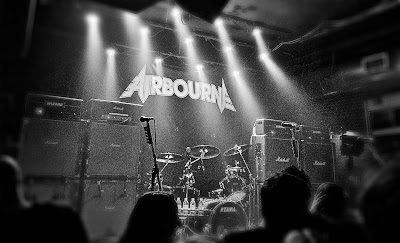 The lights dimmed at 10:15pm and the ever-familiar strains of the main theme from, "The Terminator" echoed through the club.  Bathed in red light, the band stormed the stage and kicked everyone in the face with "Ready To Rock".  Joel O'Keefe was kicking his leg up in the air and running all over the stage when he wasn't singing.  Headbanging galore from Justin Street (bass and backing vox) and David Roads (rhythm guitar and backing vox) while Ryan O'Keefe slammed the shit out of the drums, Airbourne were 100% energy from the first note of their set.

Headbanging a beer can open has become a staple at Airbourne shows and Joel wasted no time smashing one in time on his head early in the set.  He also got on a roadie's shoulders with his guitar while he played and made his way to the bar.  He got up on the bar, jammed some more, got off the bar and went behind the counter.  He poured a draft beer and then came through the crowd only to return to the stage, take a swig, and then hand the beer to a fan.  He also took a swig from a wine bottle during "Cheap Wine, Cheaper Women" but he didn't share that time. 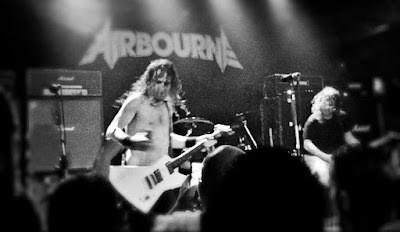 The band played "Breakin’ Outta Hell" and "Rivalry" from the new album as well as songs from all three albums.

Joel challenged the crowd to find a beer chugger.  A beer was thrown to a fan that got up on his buddies shoulders so he could be easily seen/chosen - he chugged that beer as best as he could (a lot of it ran down on his buddies head).  All good fun!

The band played a main set of nine songs and then encored with "Live It Up" and "Runnin Wild" - complete with extended beer can smashing and bars of a few AC/DC tunes thrown in for good measure. 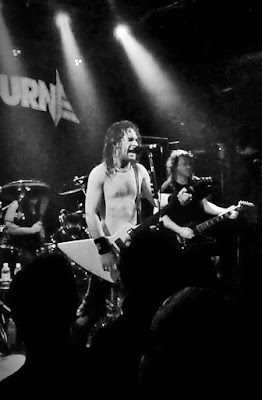 The set ended around 11:30pm even though they had the stage until 11:45pm if needed.  Let me tell you - I can't remember the last time I've had as much fun at a gig as I did at Airbourne.  If you like open chord, kick you in the teeth, beer guzzling, loud ass rock n roll, you cannot miss Airbourne when they hit your town. 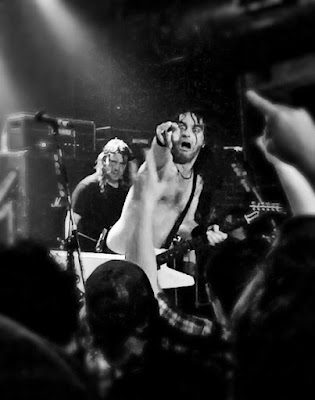 The tour is in Canada right now and will be dropping back down in the US around the Great Lakes and then going back and forth between a few more Canadian dates and the eastern US.

Fuckin' amazing gig - cheers to all the rock fans that showed up Friday night (sans hipsters) and cheers to Airbourne!

Thank you to:  Jon F. for the credentials! 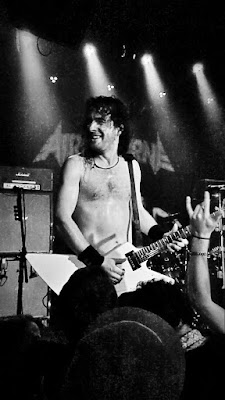 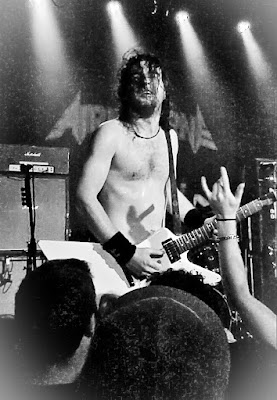 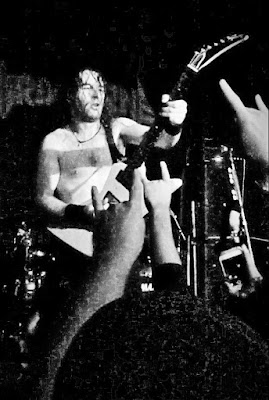 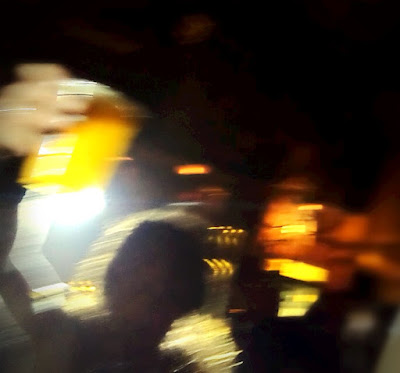 Joel on his way back to the stage - beer in hand 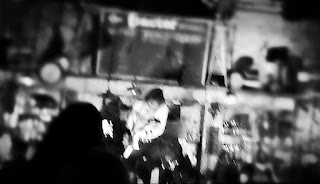 Joel on the bar jammin
Posted by Eclectic Arts at 1:34 PM