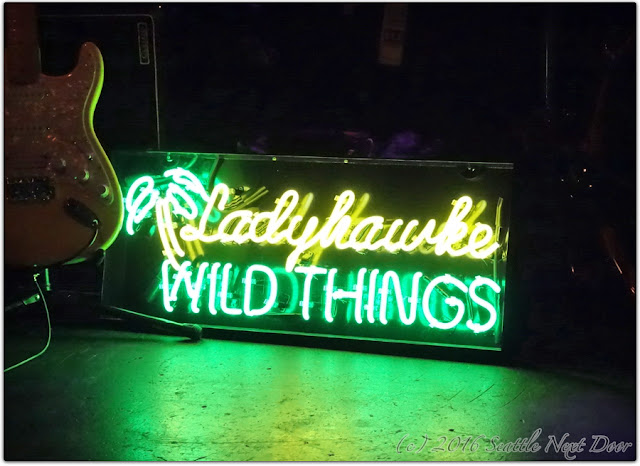 The Tractor Tavern - one of only a few venues in the area that I have never been to.  I've heard good things about the place but last Thursday was my first visit to the Ballard, WA establishment.

Nestled right amongst the bars and restaurants in Ballard, WA, it was a lively Thursday night in the area with many people out and about, so much so it felt like a summer Saturday evening.

A day of sold out show in Seattle, WA, headliner Ladyhawke brought her "Wild Things" tour to the Tractor with local openers Pillar Point. 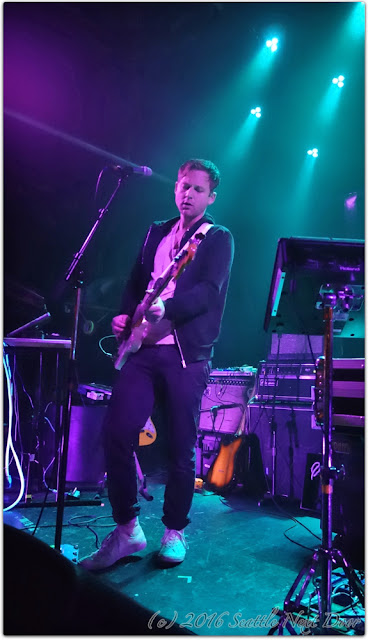 "Wild Things" being Ladyhawke's third release, there was much anticipation about her long overdue return to Seattle.

The crowd at the show was not what I'm used to - the term hipster comes to mind.  Granted I've been covering a lot of metal shows lately so covering an artist like Ladyhawke was going to bring out a different crowd, let alone a crowd in Ballard.  There was a mix of mainly young and some old (like me) fans, and definitely a liberal based audience. 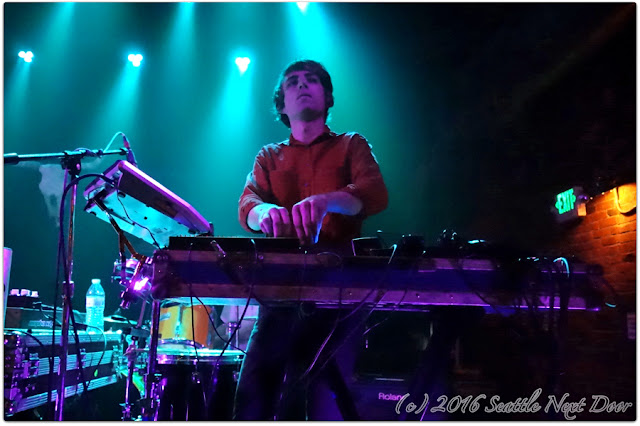 Seattle's own Pillar Point is joining Ladyhawke on her west coast string of dates.  A trio of indie synth pop music, the band put on a very eclectic show of atmosphere and energy that went over very well with the crowd. 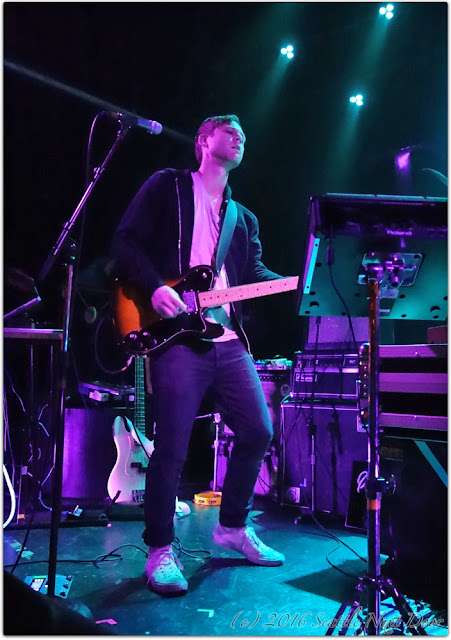 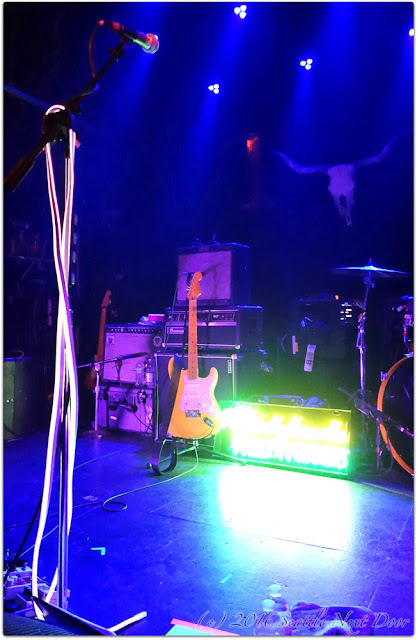 A quick changeover and New Zealand's own Ladyhawke (Pip Brown) took the stage with her three piece backing band.  Appearing in ripped black jeans and black boots, a white long sleeve top that sported the word Paranoid on it, as well as a black baseball cap with the word Captain on it, Ladyhawke launched into "The River" off the new album. 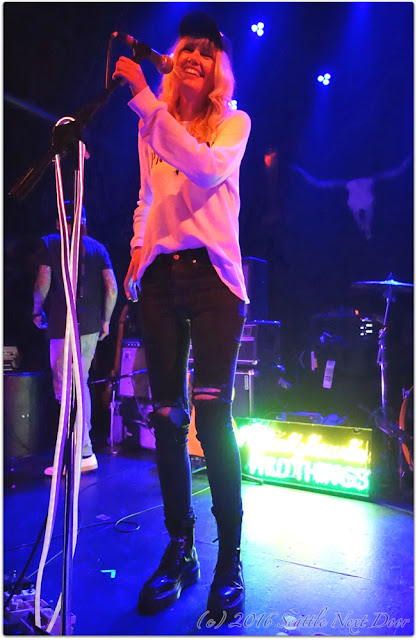 The audience was singing along to all of the songs, dancing aplenty, and a positive energy permeated the Tractor all night.

Ladyhawke's indie pop music is very ethereal.  Her lyrics show such a deep personal touch, with an obvious 80's influence, labeling her as a pop artist is really rather limiting.  Her music ventures into many genres, while rooted in some incredibly solid songwriting. 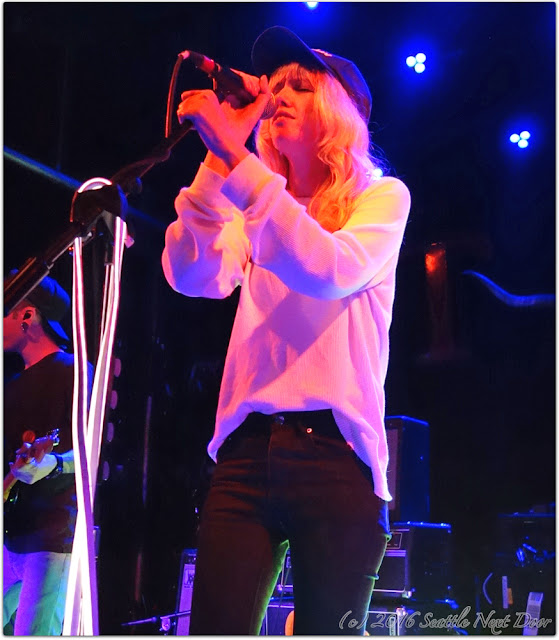 During the band introductions, a fan yelled, "who is that?" pointing to a guy off to the side of the stage watching the set.  Ladyhawke said that was Steve.  The crowd chanted "Steve" all the while the band smiled and laughed.

Ladyhawke played a generous selection of tunes from the new album with a smattering of tunes from the earlier albums.  "Let It Roll", "Sweet Fascination", the first single, "A Love Song", were just a few of the new tunes that got the live treatment. 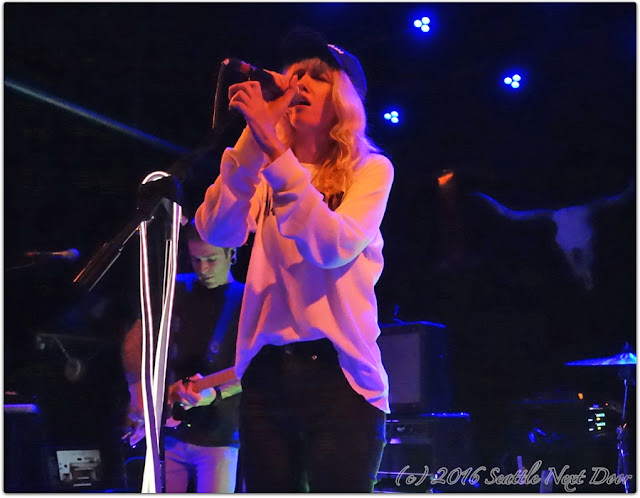 While the set lists stated "Wild Things" would start the show, the band played a complete set, including encores "Paris Is Burning" and of course "My Delirium", all at once.  After much applause and chanting (for Steve again - a part of the entourage as a tour manager or roadie I'm assuming), Ladyhawke came back for one encore - the title track, "Wild Things". 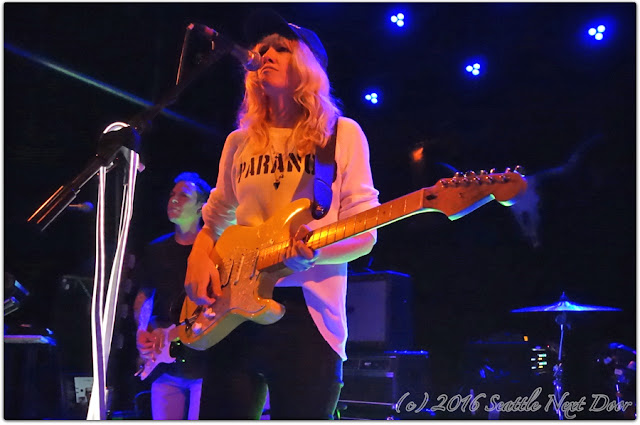 The sound was muddy at the beginning.  Granted, I was at the very front, with the PA above and behind me, so perhaps it sounded better in the middle/back of the club.

Ladyhawke had a 3 ring binder at the front of the stage.  She would turn the pages before starting any given tune - guessing it had chords/lyrics in it.  She never actually looked at it during the performances.  I'm sure it was there as a "just in case I forget" safety net.

Ladyhawke came across very introverted, barely talking to the audience.  Fans know this is a part of her personality for sure.  She definitely was enjoying herself as she smiled throughout the show and seemed overwhelmed by the reaction of the Seattle fans.

Steve gave out two set lists with the others ripped from the stage from hardcore fans.

The merch folks told me Ladyhawke would be coming out at the end of the show to sign autographs.  I needed to head home so I only waited for ten minutes after the show.  If anyone stuck around to meet her, please leave a comment here as I'd love to hear about your experience meeting her.

Overall, this was a really beautiful night of music.  I hope Ladyhawke returns sooner than later to Seattle!

Much thanks to Phoebe for the credentials and to all of the Tractor staff.

Live clip of "A Love Song" 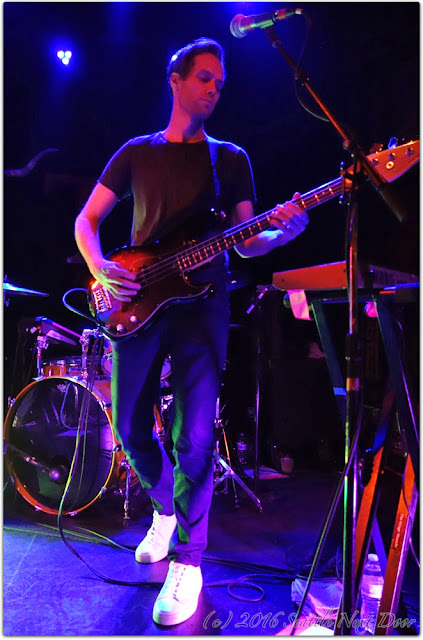 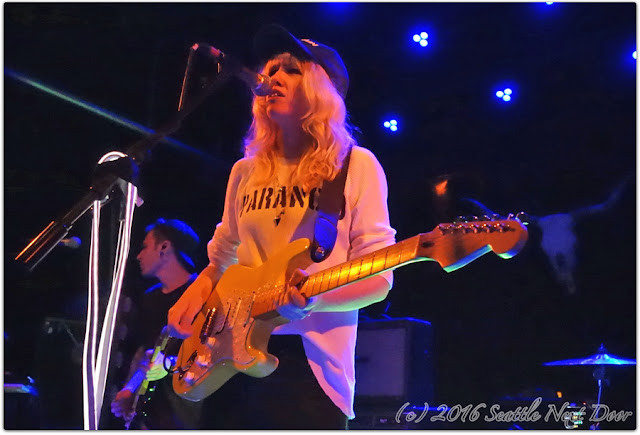 Posted by Eclectic Arts at 5:04 PM