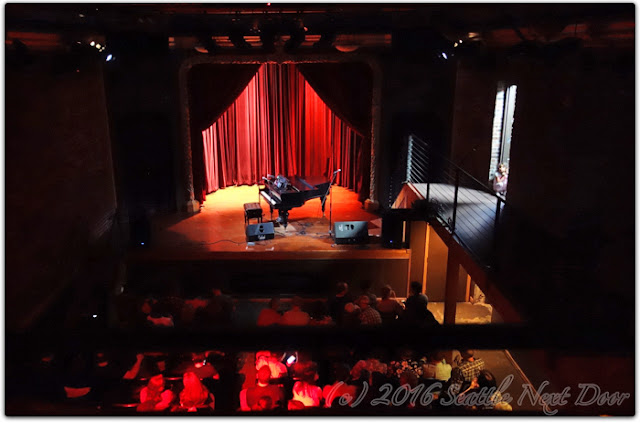 I was looking forward to this show more than usual.  Why you ask?  I honestly didn't think I'd get the chance to see Vienna Teng perform live in Seattle again.  The amazing singer-songwriter has been forging her way into a new non-music career for the last few years with only a smattering of music news here and there.  Her last tour that stopped in Seattle was in 2013.  When I saw that she was playing a handful of shows in July, I did a double take and then once I realized this wasn't a joke, I was stoked! 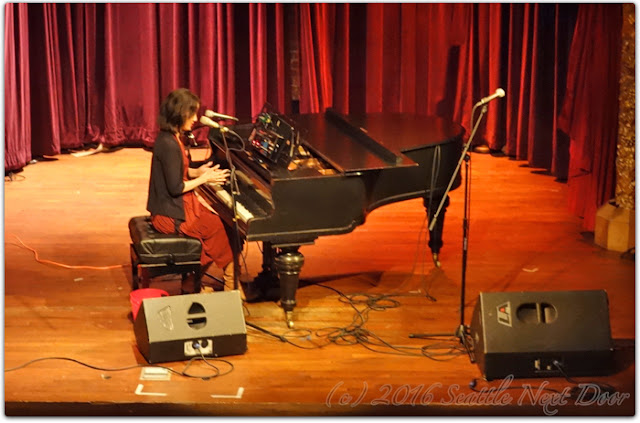 I did a short video interview in a darkly lit green room prior to Vienna's early set at the Columbia City Theater (see below).  This interview in some ways brings things full circle for Eclectic Arts.  Vienna was the first phone interview I ever did.  The first artist I interviewed twice prior.  And now this would be a total of three interviews with Vienna.  Eclectic Arts has changed somewhat in those years from 2011 to 2016. 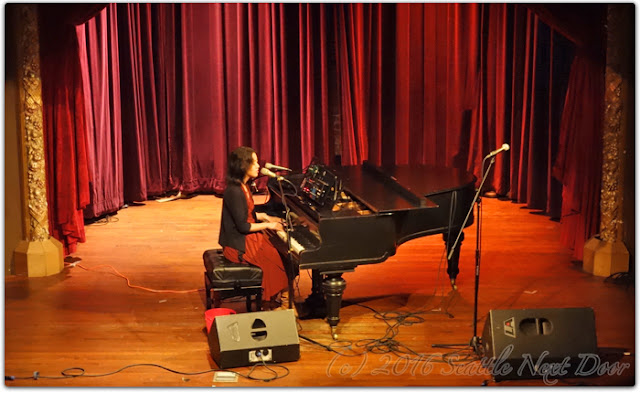 So, this review is more a capsule of the evening - not a blow by blow account.  Between this review and the video interview, I think the bases are covered in Vienna's current world.

Performing solo, Vienna pulled requests from a bucket to create her set list as she went along.  I'm sure a set of songs were already rehearsed so some of the requests were coincidental and some truly were tunes she hadn't played in a long time.  Starting off with "Antebellum", the sold out crowd was treated to a wide variety of tunes, new and old, from Vienna's catalog. 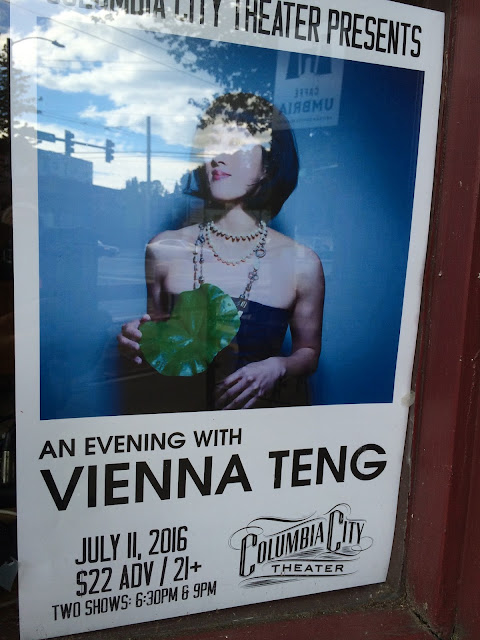 I watched the show from upstairs in the guest area/mixing board which was unique.  Oddly enough, one of the other guests knew my uncle!  Small world!

The Columbia City Theater is intimate, an old landmark building from Seattle's past, it was a perfect place to hear Vienna's music.  Both the early and late shows were sold out. 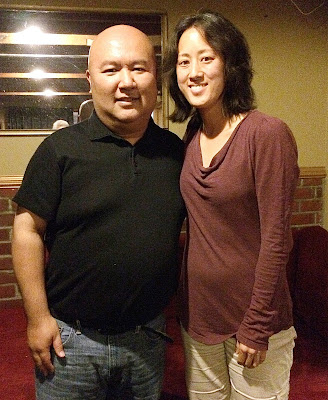 From "Landsailor" to "City Hall" and every other song performed, I couldn't help but feel a little sad that this amazing performer won't be going full time back into music.  Music will always be a part of her path, but how that intersects (or doesn't) with her current endeavors remains to be seen.  In the end, I'm glad I got a chance to see her perform again here in Seattle as I'm sure all the other fans were too.

Here's hoping we hear new music and/or more shows somewhere down the road.

Video Interview with Vienna Prior To The Show:﻿