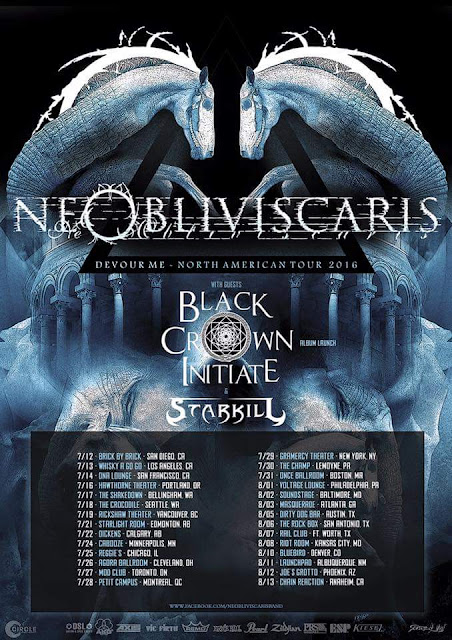 One of the best aspects of doing the magazine is that I get exposed to bands that are new to me.  I first heard Ne Obliviscaris as the opener for Cradle of Filth on their US tour back in February of this year.  They play self-proclaimed extreme melodic metal.  A six piece from Australia, featuring duel vocalists, guitars, bass and drums, they play musician's metal.  On Monday evening at The Crocodile in Seattle, WA, it was clear there was a mix of fans - many who are probably musicians like myself and people that hang out in the Bell Town area of Seattle.

This was the first headlining tour for Ne Obliviscaris.  Joining them on this tour were Black Crown Initiate and Starkill.  A great package of bands that feature musicians that can play their instruments, the evening was set up not to disappoint. 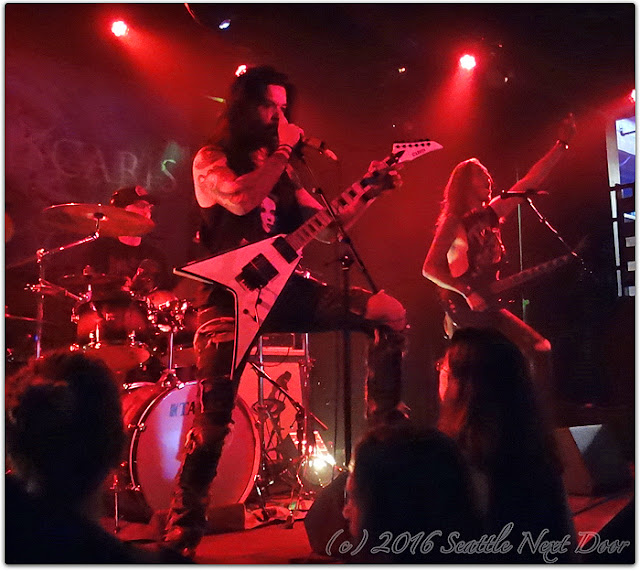 Starkill took the stage first to start the evening off right.  A four piece that played a brand of metal that was at times reminiscent of European styled extreme metal, the band played with a great deal of energy and enthusiasm.  There was definitely an older metal flavor to their music which I appreciated.  The band went over well with the crowd with their 30 minute set. 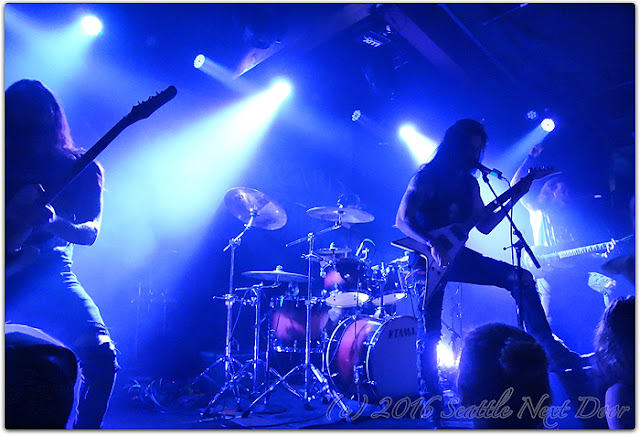 Next up was Black Crown Initiate.  A five piece of really unique, brutal, metal, they are a hard band to describe.  Strong musicianship mixed with a pummeling style all their own, the pit broke wide open while they played.  They definitely had fans in attendance and the crowd grew when they took the stage.  An intense set of tunes, they got the crowd going.  They could headline their own show next time they come to town for sure. 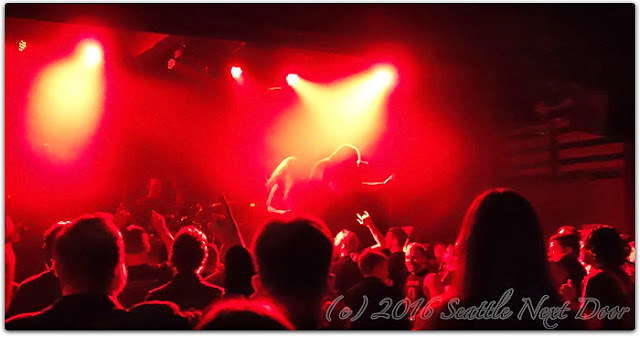 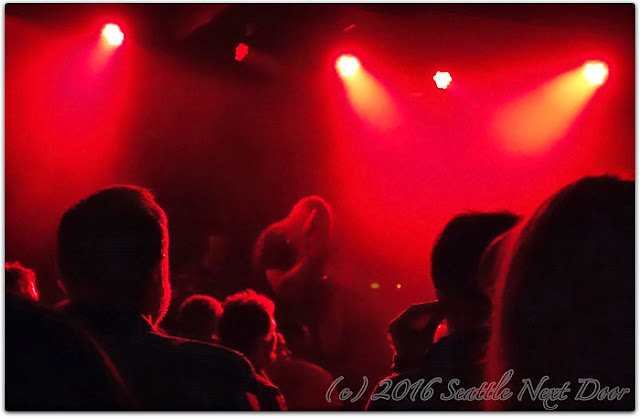 After a brief change over, Ne Obliviscaris got themselves into position on the Crocodile stage.  The atmosphere in the room changed as the band launched into their brand of metal.  The first thing that struck me about the band (much like the first time I saw them) is that there is no weak link in the band.  They have some incredible musicians in the band!  The mix of clean and growled vocals works very well to my ears.  I'm sure the more mainstream listener would prefer to leave out the growls but to me it brings me back to the European bands from the early to mid 90's that had the contrasting vocal styles. 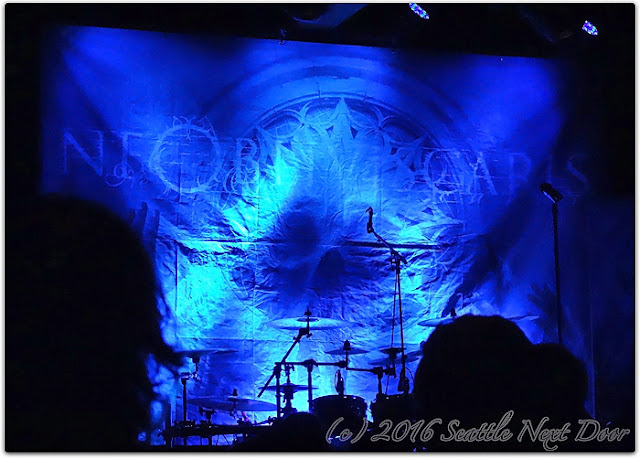 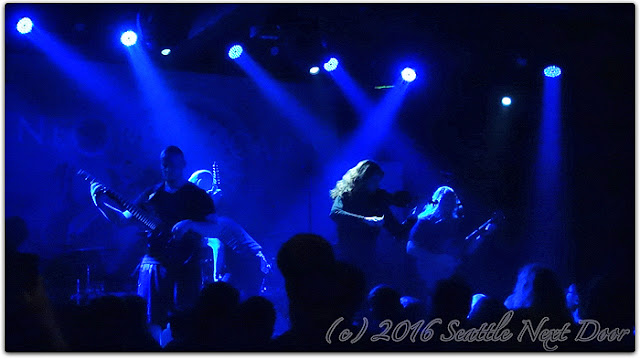 I've heard people complain that NeO's songs are too long.  I would argue that many of their tunes are built upon creating a mood, a foundational piece that brings the listener on a rollercoaster journey of discovery.  Those kind of songs need time to build, breathe, and change.  I never felt the band was overplaying on any of their tunes.  "Forget Not" was a particular stand out for me as I've always dug the tune. 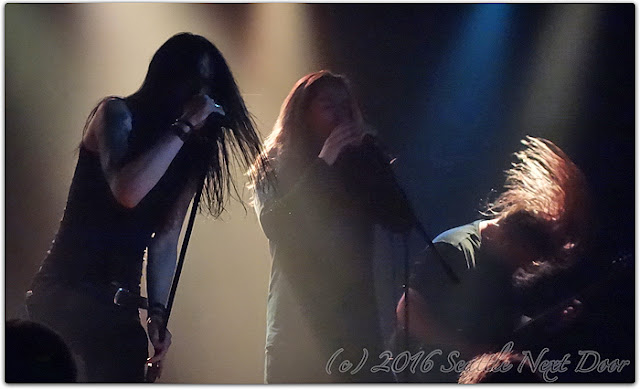 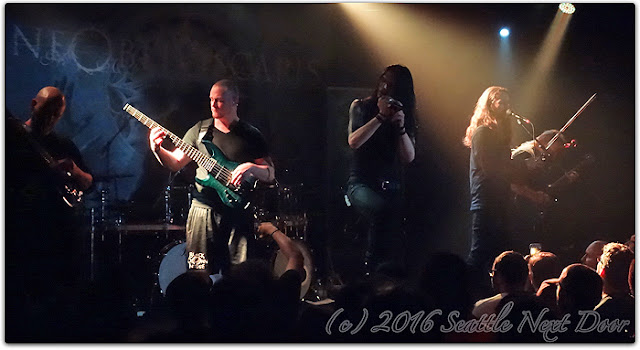 My only minor criticism would be for Cygnus (bass) and Benjamin (guitars) - the lefties - to show a bit more emotion when they play.  Their expressionless faces were like they were studying for an exam or something.  I understand they’re playing difficult material but every now and then, smile, frown, stick your tongue out, anything, really.  Again, this is a very minor thing I noticed during the set. 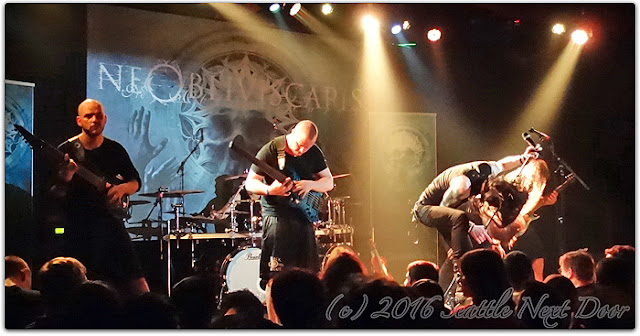 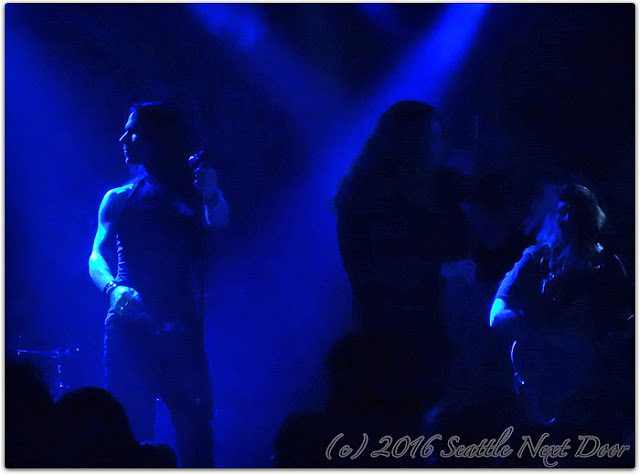 The band killed it in Seattle!  They are definitely on the rise.  With the continued touring of the US and abroad, their fanbase is only going to grow.  Here's to the future - Seattle will not forget Ne Obliviscaris. 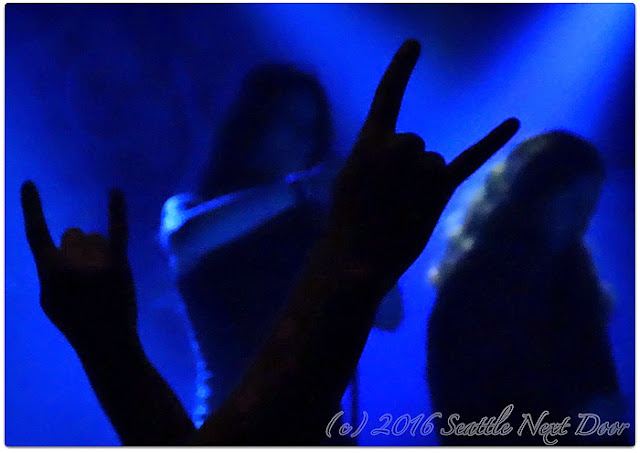