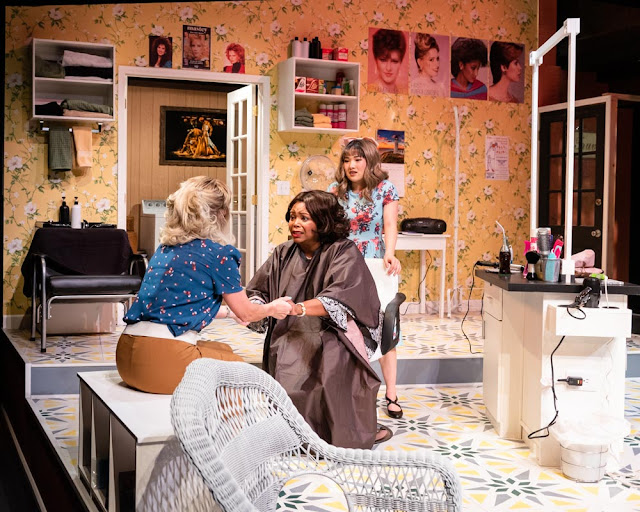 
The 2020 Season at the Taproot Theatre kicked off in grand style Friday evening. A capacity crowd was in attendance for the much beloved play (and film), “Steel Magnolias”.


It was quite evident that many in the crowd were fans of the film. The anticipation of certain scenes and/or characters was high throughout the performance. I only knew the film by name having never seen it. So, my review is from that perspective.


Playwright Robert Harling captured a great amount of southern sass, hospitality, and drama all in one play. Set in the late 80’s in a beauty shop, the story unfolds as Truvy Jones (Cas Pruitt) and Annelle Dupuy-Desoto (Arika Matoba) begin their day in the shop. Regulars Clairee Belcher (Marlette Buchanan), Shelby Eatenton-Latcherie (Melanie Hampton), M’lynn Eatenton (April Poland), and Ousier Boudreaux (Kim Morris) eventually make their way to the shop where they share about their daily lives through comedic banter and eventual drama. 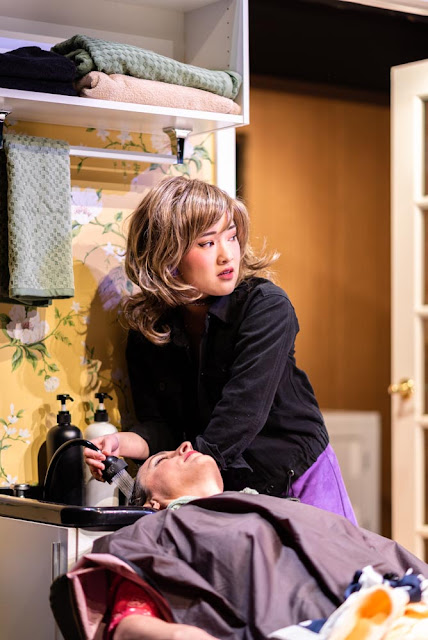 
“Steel Magnolias” had the audience laughing consistently throughout the production. For director Marianne Savell (who starred in the previous Taproot Theatre production of the show back in the early 90’s), it must have been a joy to go from acting in the show to now directing it. For actor Kim Morris it was the exact opposite (she directed the show the first time through and acted in this one) but equally enjoyable I can imagine.


The comedic timing of the entire cast could not have been better. The audience got to see the growth of their friendships throughout the show as the years passed. Having seen many of the cast members in previous productions, I already knew that the caliber of the show would be off the charts. And it was.


By the time Act 2, Scene 1 started, it was as if the audience was watching a group of friends from across the hall. The theatre disappeared and the performances became real. It is a testament to the team of actors on the stage and all of the production folks that the play transcended the theatre and placed the audience right there in the show.


I can’t recommend the show enough for those who, again, love the play and/or film or for first timers. “Steel Magnolias” will hit all the right buttons that will leave you immensely satisfied with the Taproot Theatre experience.  It "melted my butter" for sure.


Special Thanks: Jacob - thank you so much for the opportunity! 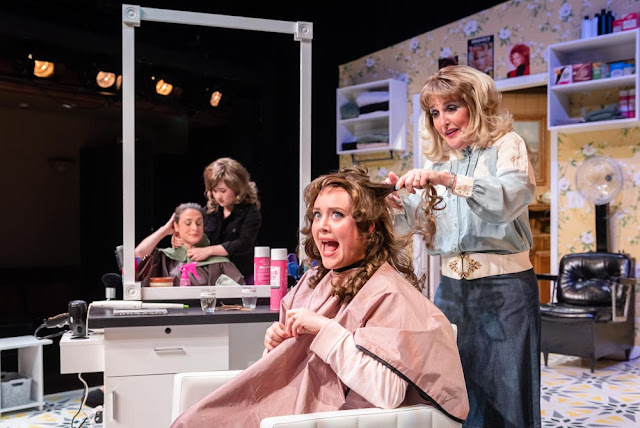 Posted by Eclectic Arts at 1:18 PM