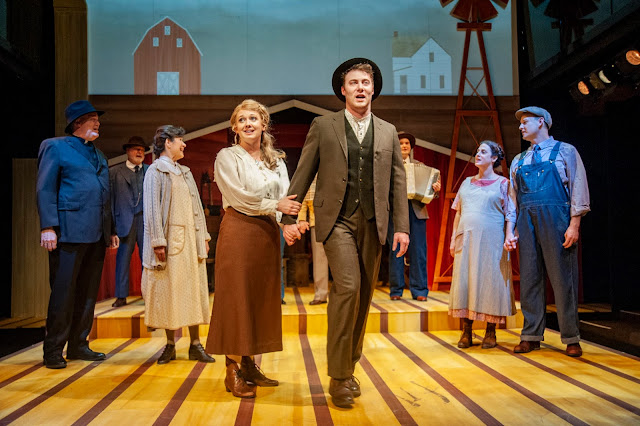 
Opening night and the house was full for the debut of this musical. "Sweet Land, the Musical" takes place in Minnesota in both 1920 (primary) and 1975 (secondary).


Olaf Torvik, a Norwegian American farmer, is to meet his bride to be for the first time, Inge Altenberg, a German woman who had worked for Olaf's family in Norway before departing for America.


Inge, played by Molli Corcoran, is both excited and cautious about meeting her new husband in a foreign country. Molli Corcoran portrays Inge as a woman of inner strength who does not bow down to the societal norms of the times. She is met with resistance by some of the town's folks due to her German background.


This point becomes an interesting aspect of the musical. Inge's background is treated much in the same way Japanese Americans were treated during and after WWII, the Muslim community after 911, etc.


Olaf, played by Tyler Todd Kimmel, doesn't want to create any problems. He only wants to marry his wife so they can live their life on his farm. Olaf's farming neighbors, Alvin and Brownie Frandsen (played with scene stealing worthiness by Chris Shea and April Poland) take in Inge until the couple can be properly married. The story continues to evolve from there with a satisfying ending.


"Sweet Land, the Musical" is based on the 2005 movie by Ali Selim and the short story "A Gravestone Made Of Wheat" by Will Weaver.  Perrin Post and Laurie Flanigan Hegge wrote the book for the musical.


The musical has several numbers in it, played with a group of high caliber musicians. I found "Sweet Land, the Musical" entertaining, humorous, and thought provoking at times. The performances were strong and chances were taken by some of the actors (many with long resumes in the theatre world). The use of screens to portray locations, time of day, etc. worked very well, too.


I wish there were showcase numbers for Inge and Olaf to sing individually. Molli and Tyler have beautiful voices but I kept yearning to hear the showstopper song from each of them that never came. Granted, the setting of the musical is small town USA but, still, I would of loved to have heard solo numbers from each actor that showcased their talents.


Overall, "Sweet Land, the Musical" was a joy to take in at the Taproot Theatre. 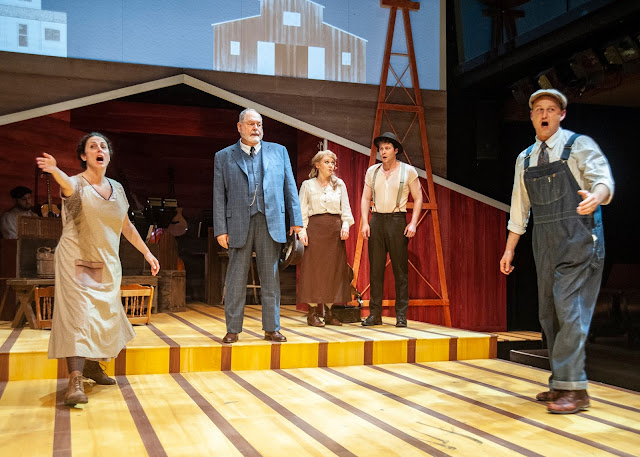 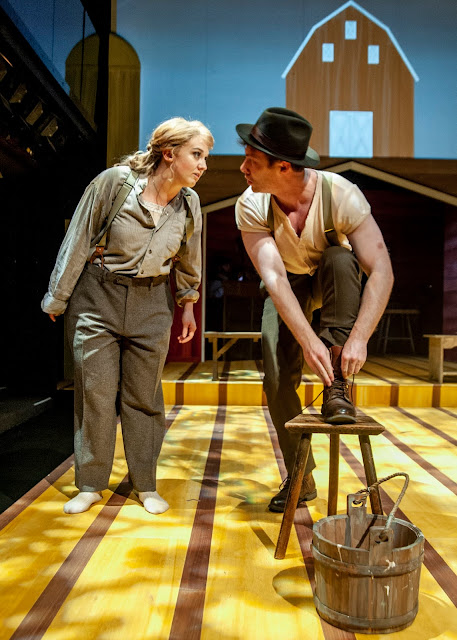 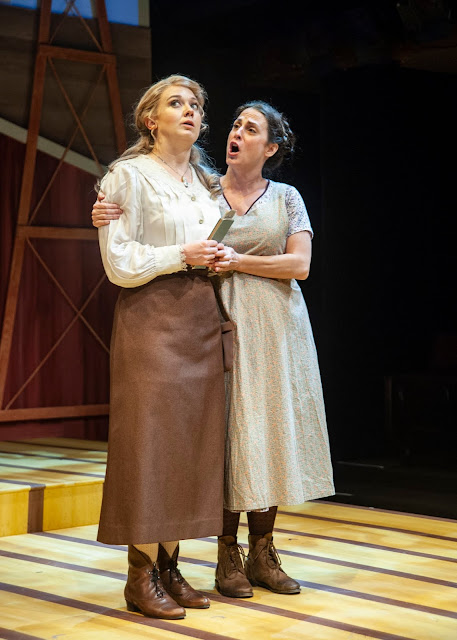