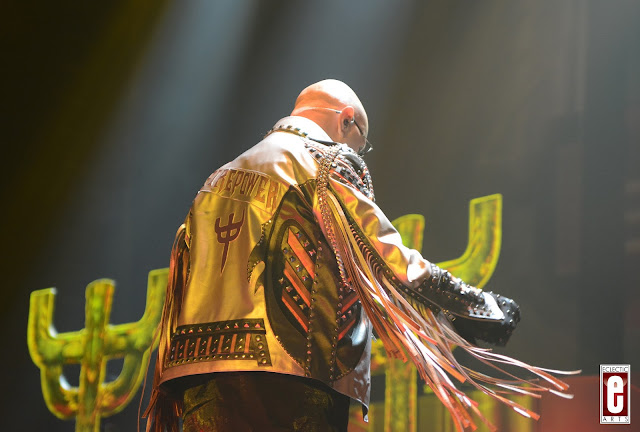 Touring in support of their fantastic new album, "Firepower", Judas Priest arrived at the Showare Center in Kent, WA (south of Seattle) to celebrate their amazing career. Bringing with them fellow metal maniacs Saxon along with Black Star Riders, this was going to be the metal event of 2018 thus far!

Fans of metal know that certain bands laid the foundation for the genre. Judas Priest is always in that conversation as well they should be. The boys from Birmingham have influenced countless metal bands that it's impossible to count. Let's not forget the twin lead guitar attack - something you didn't see in metal so much back in the early days of the band. And of course Rob Halford - the Metal God. His voice, range, presence, and of course the metal wardrobe that became standard for any metal band (black leather, spikes, chains, etc) can all be traced back to him.

So, for many in attendance on Sunday night, this was a visit back to the past - seeing one of the absolute best metal bands - ever.

The sold out show started with Black Star Riders. Rising from the lineup of Thin Lizzy, Black Star Riders played a highly energetic set of classic rock 'n' roll. The band featuring Scott Gorham (from Thin Lizzy) played all original tunes sans, "Jailbreak", in the set. Black Star Riders got things going in the right direction with their opening set.

The mighty fucking Saxon took the stage next. A band that has always had it's U.S. fans but with room to add more, nabbing the special guest slot on this tour was a stroke of genius. Opening with, "Thunderbolt", from the new album of the same name, Biff and the boys showed why they've always been one of the best live bands around. Switching between classic and new tracks, the audience was treated to, "Power and The Glory", "The Secret of Flight", "Dallas 1pm", "They Played Rock N Roll", "Princess Of The Night", and several other heavy metal classics. The band most definitely left an impression on those that weren't familiar with them. This would be a great opportunity for the band to do another co headlining or headlining tour in the U.S. as a follow up later in the year or early next.

The crowd was getting anxious for the headliner. As the lights dimmed and, "The Guardian" blared out over the PA, the time had arrived for the metal masters - Judas Priest.

Launching into the title track, "Firepower", the band was, well, on fire. Rob Halford hasn't sounded this good for quite some time. Don't get me wrong, Rob is and always will be the Metal God but he's in some sort of zone right now as his singing has been the highlight of the new album and the tour.

Ritchie, Andy (filling in for Glenn), Ian, and Scott flew the flag of metal high all night long. From the deep cut, "Saints In Hell" to fan favorites like, "Grinder", "Running Wild", "Turbo Lover", "The Ripper", and many others. Interestingly, Kent was the tour debut of, "Freewheel Burning" - in place of "Green Manalishi" (which in turn replaced "Angel" from the beginning of the tour).

For those fans that have been following the tour, they know that Glenn Tipton made a few live appearances back east during the encores. The songs, "Metal Gods", "Breaking The Law", and "Living After Midnight" have been Glenn's songs of choice.

When "The Hellion/Electric Eye" and "You've Got Another Thing Coming" were aired in the main set instead of their usual encore slots, I was beyond ready to see Glenn during the encores if we were one of the fortunate cities.

And out he came.

What a fucking magical and heartfelt moment when he appeared. I know damn well there were some misty metal eyes in the arena when he walked out on stage. The band joined Glenn as they played the aforementioned three songs from "British Steel". Rob showed his band mate and friend of over 40 years much love and appreciation during the encores. Here's to Glenn - continue your fight against Parkinson's - the Judas Priest family is behind you!

What a night of metal! If you missed it, you blew it. Plain and simple. All three bands were stellar. This is in the running for show of the year for sure! All hail Judas Priest!

Special Thanks: Chip/Jen, Doug, and Austin for the credentials - thank you all so very much! 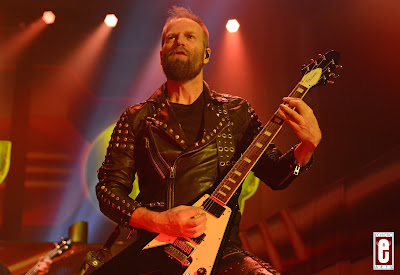 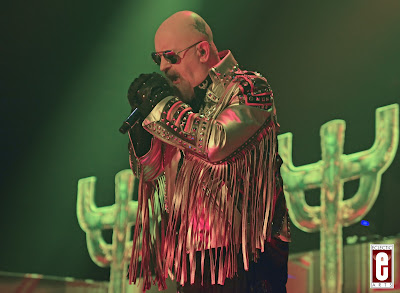 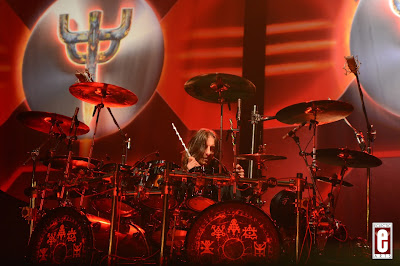 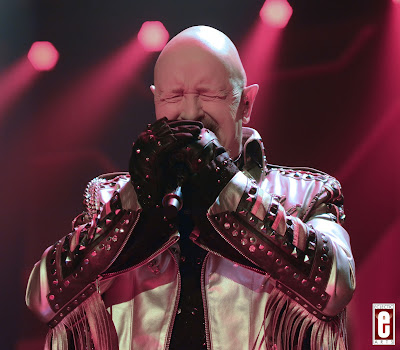 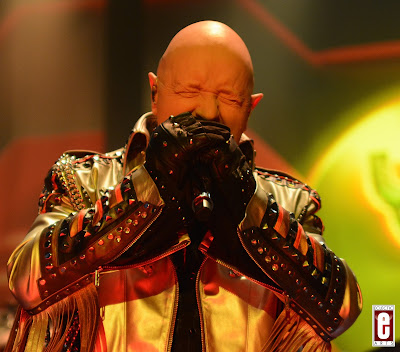 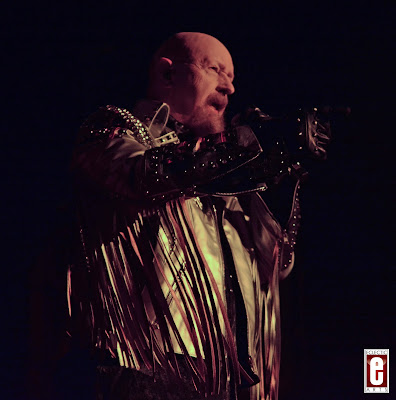 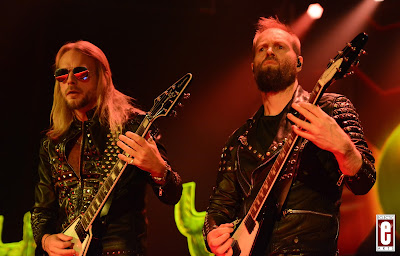 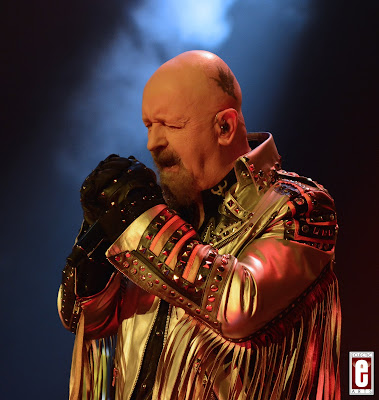 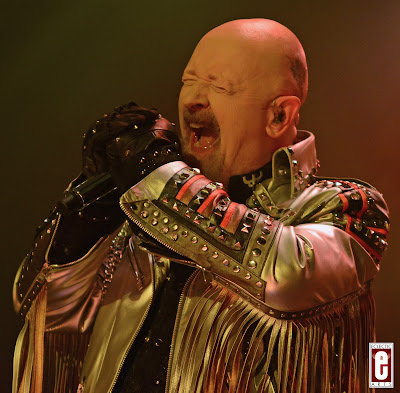 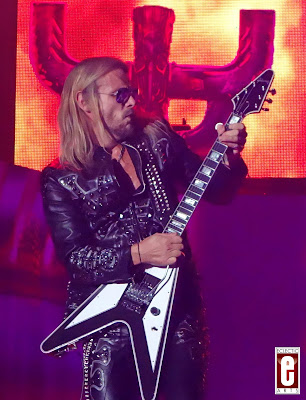 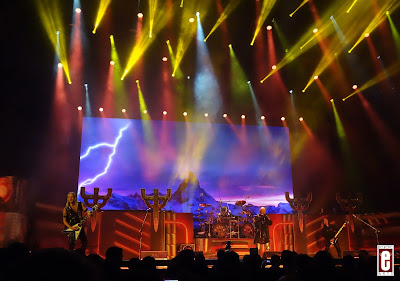 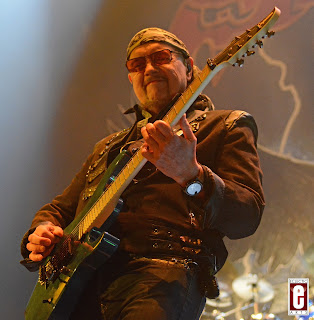 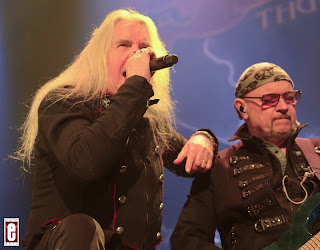 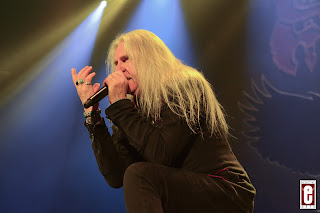 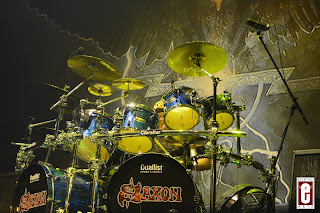 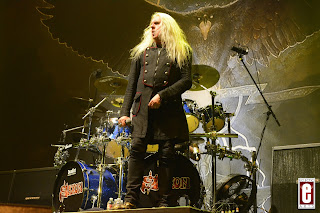 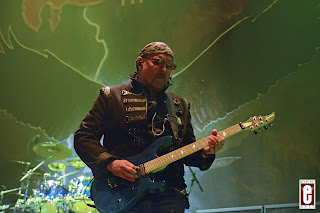 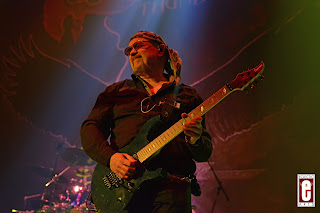 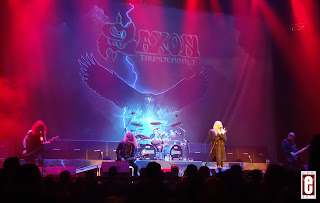 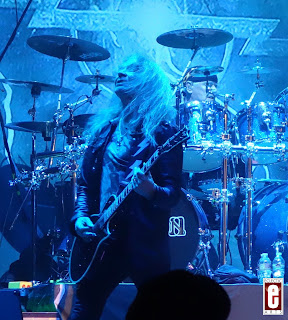 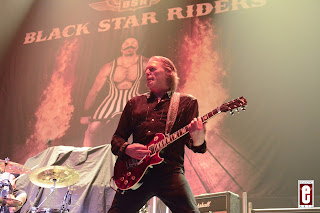 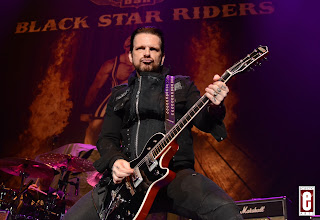 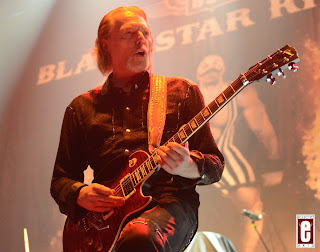