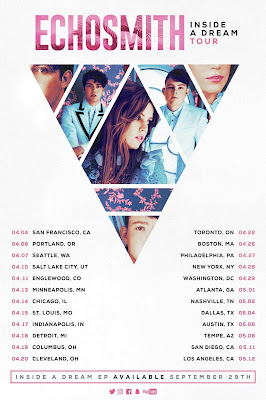 
"Inside A Dream" perfectly describes the Echosmith show in Seattle, WA. The trio of sibling band mates (along with two backing musicians) put on a show for their mostly young audience that was certainly a dream come true for many fans in attendance.


Sydney, Graham, and Noah have been described as indie pop ever since their massive single, "Cool Kids", was released a few years back from their debut release, "Talking Dreams". Touring in support of their latest release, "Inside A Dream", the band was ready to show Seattle a great time on Saturday night.


Opening up the show was Jena Rose - who performed with a drummer, guitarist, and sometimes solo. The seventeen year old received a warm reaction to her short but straightforward set.


Next up The Score, from LA, took to the stage and raised the energy level. The duo (with a touring guitarist and drummer) played a great set of tunes that made most of the audience take notice.


And then it was time. The audience was filled with many young fans - from elementary age through college age. There were parents of said fans in attendance - some looking like seasoned concert goers themselves, others not so much. And then the rest were the thirty and over crowd.


It was great fun to see the audience so emotional about seeing their band, and in particular Sydney, live on stage. The band started off with, "18", with confetti blown everywhere, and never looked back. A modern lightshow that accented the music quite well, Echosmith played the songs that made them popular as well as lesser-known tracks from the new album. "Future Me", "Bright", "Over My Head", "Get Into My Car", were all aired just to name a few tunes.


The band was tight and the energy extremely positive and fun. It was hard to not have a good time at the show (unless you're a stick in the mud). One fan was brought up on stage during the song, "Talking Dreams", who was ready to burst out of her skin with excitement. One couldn't help but smile and feel what the fan was feeling being up on stage with Sydney. That's a moment she will never, ever, forget.


Ending the main set with, "Goodbye", complete with extremely large confetti filled balloons that were tossed around by the audience, the band returned for one encore - of course - "Cool Kids". The crowd sang the lines to the song and one last blast of confetti ended the night.


I could see so many smiles on the faces of the fans as the lights went up. It was truly special. I remember my first concert when I was nine and it made a huge impact on me. To the point that here I am many years later writing and photographing live concerts.


Echosmith were a sight to behold. I highly recommend checking them out live. They are the real deal. A wonderful night was had by all!


Special Thanks: Patrice for the credentials - thank you very much. I appreciate it! 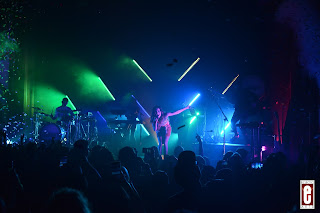 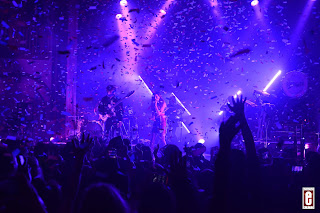 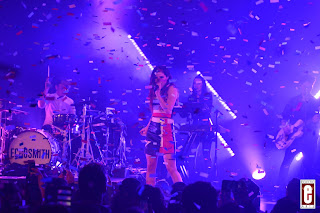 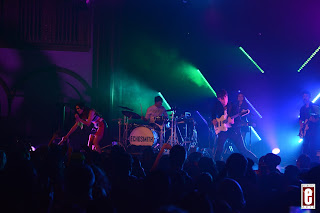 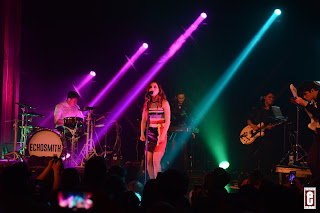 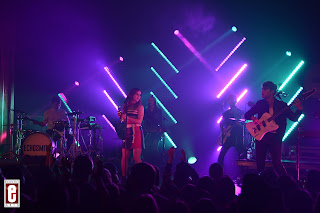 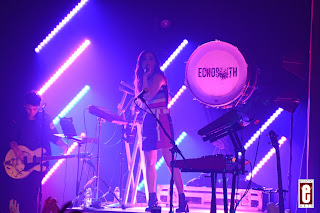 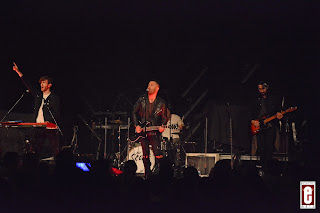 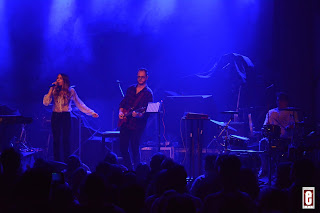