Fisher Pavilion at the Seattle Center

For those that have been following Eclectic Arts all these years, you already know we have a long relationship with the craft brewing industry, particularly here in Washington.  We have featured in-depth interviews with a few breweries as well as attended many a beer event over the years.

We of course have also been featuring music of all kinds since our inception.  Covering an event that features both beer, music, and good vibes (profits were going to The Vera Project) was a no brainer.

On Saturday July 1st, we headed down to the Seattle Center.  A VIP session was set up for media to partake in the event one hour before the doors opened to the public.  With 4 VIP only beers to be had (I tried three of them), and time to walk around the grounds of the event unobstructed, it was a great way to see what lay ahead for the next 8 or 9 hours.

The barrel-aged “Loser” from Elysian was interesting – very barrel forward for sure with that VIP beer.  During the course of the day I had samples of mostly Elysian beers with a few of the other local beers they had available (Counterbalance, Flying Lion, to name a few).

We could not have asked for a better day.  Sun and mid to upper 70’s, the stage was set for a great afternoon/evening in Seattle!  Onto the music:

The first band of the day was Thunderpussy.  Having built up a following through their live performances, the band has a rabid local fan base that is growing every day.  Having just returned from a UK tour, with a stop in New York, the local days may be numbered as the band is gaining popularity worldwide.

The band hit the stage for a 45 minute set of bluesy rock guitar licks, thunderous bass lines, innovative jazz-rock drumming, and command the stage vocals, Thunderpussy delivered the goods like they always do.  A combination of fun, 70’s-ish rock, tongue-in-cheek humor, and devil may care attitude, Thunderpussy are on their way up.  Everyone in Seattle knows it.  Soon the whole world will.  They are mixing their debut record which should see the light of day soon.  If you haven’t seen them, go the next time they play your town.  Year of the ‘Pussy, indeed!

The Texas duo Black Pistol Fire took the stage next.  Drums and guitar/vocals along with a laptop near the drummer, the duo raged on the stage sounding much bigger than two guys and a computer.  Blues influenced rock, with a ton of energy – they did not disappoint and built upon what Thunderpussy started.  A short lived round of crowd surfing occurred but didn’t last for very long – perhaps next time the audience will understand how to surf someone “properly”.

Next up were The Struts who were arguably the most known band on the bill.  The London band had many fans waiting at the rail before their set.  Once they hit the stage, it was pure musical bliss for many in attendance.  Singing along to the lyrics, smiles abounded as The Struts played their brand of rock ‘n roll for the Search Party goers.  The band played with high energy and conviction all throughout their hour long set.  It was easy to see why The Struts had such a following.

The last band to perform was also a welcome home to the local but internationally known The Sonics.  The garage band that started it all in the 60’s, they have retired a few members from all the recent touring, but they partied with the best of ‘em on Saturday night.  A pit broke out during part of their set which gives you an idea of how pumped up people were (they were also full of beer).

I grabbed another Thunderpussy shirt at the merch table – it was a Large so I ended up gifting it to my mom.  The story is that in December I bought two other shirts from the band – both Large – because they were out of XL’s after the show.  I figured I could drop a few pounds in the New Year and fit into those shirts without looking like a sausage.  Nope.  So, they’ve been in storage, new as day, as more mementos than anything.

I didn’t want to hang onto a shirt again for the majority of the day on Saturday so I figured I’d wait again.  Had I learned my lesson the first time, I would have bought a shirt immediately.  Nope.  Apparently I didn’t learn anything.  The XL’s of the new design were gone by the time I got to the table.  I’ll remedy this at the next Thunderpussy gig I attend.  I also should mention I got a cool little button for $1.

I met some fun photographers – one I knew of from her work and two I knew from their media outlets.  Non crowded photo pits are always a nice change of pace.

The proceeds from the event were going to the Vera Project – which is a volunteer run program that assists young people with gaining skills in the music and art world.  They put on concerts at the Seattle Center where they are based.  As one member of my party noted, it would have been good to have a MC mention the Vera Project in between the sets, to raise more awareness.  If you didn’t go inside Fisher Pavilion, you wouldn’t have seen their tables nor would you have necessarily known what the Vera Project was.

The attendance was moderate – great if you were there as a consumer – room to walk, play games, eat, drink, and/or check out the bands.  There weren’t any long lines at the beer stations, they had plenty of beer stations scattered throughout the grounds, and the throwback aerialists were fun to watch (especially pouring station specific beers) as well as the other little “Easter eggs” like the gold coin to get the Wheat Wine.  The Seattle Center was busy that day too as Queen were playing at Key Arena and The Seattle Reign also had a match that night.

This review is all over the place but let me say this – the beer was flowing, the bands were strong (not one weak link in the lineup), and the event was as smooth as could be.  I hope Elysian considers hosting this event every year!

Special thanks:  Sean and his crew for the amazing hospitality.  They were consummate fun professionals and I hope I am involved with future events with them.

Elysian for putting on a well done event.

The members of Thunderpussy for being so down to earth and accessible.

Ruby from Thunderpussy for being amazing – thanks for being so nice to my family, too.

Thanks to my fellow photographers for the conversations.

I hope to see everyone at a similar event next year.  I hope a lot of money was raised for The Vera Project! 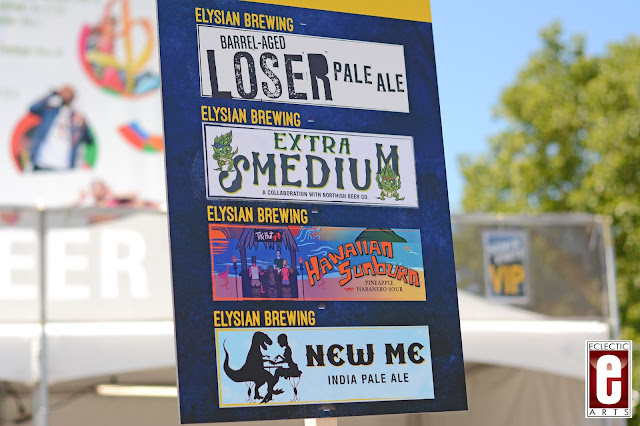 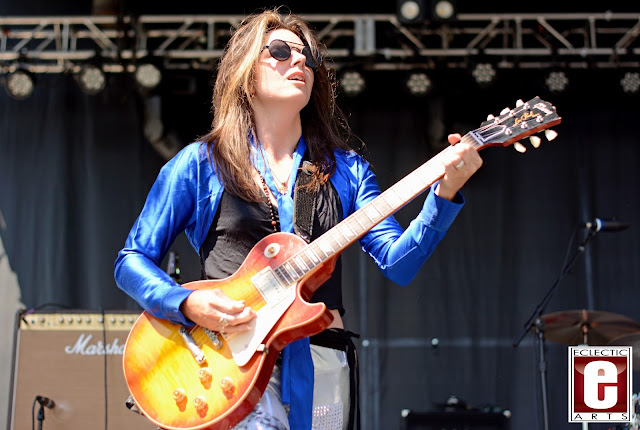 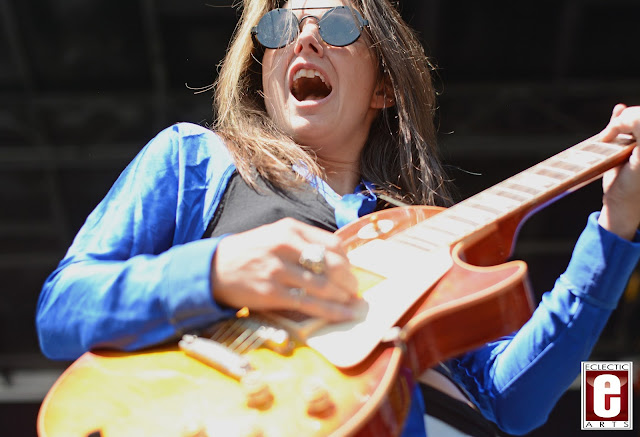 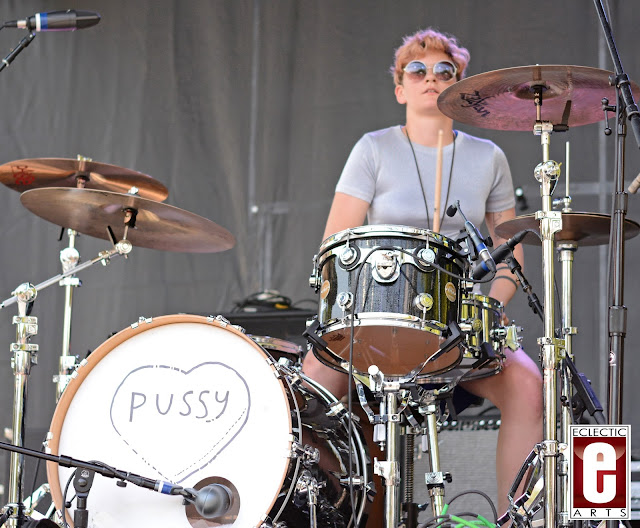 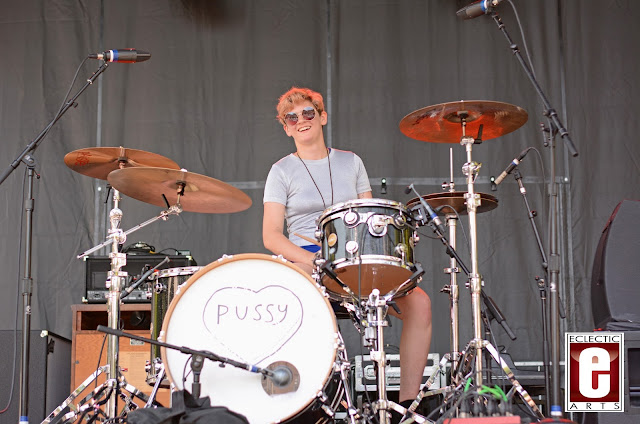 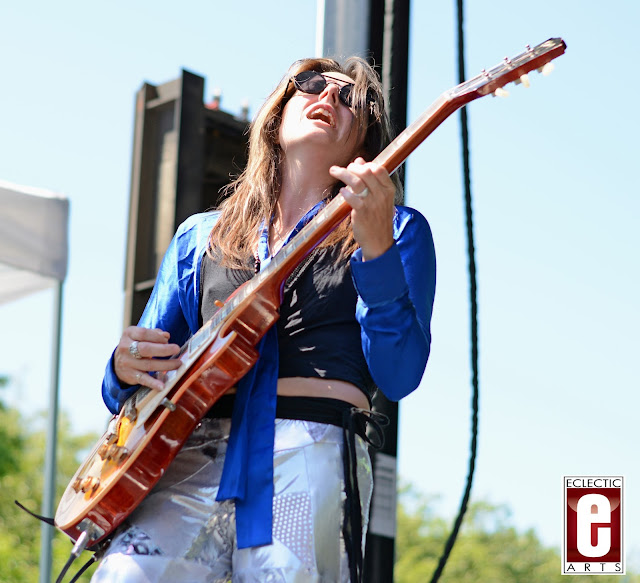 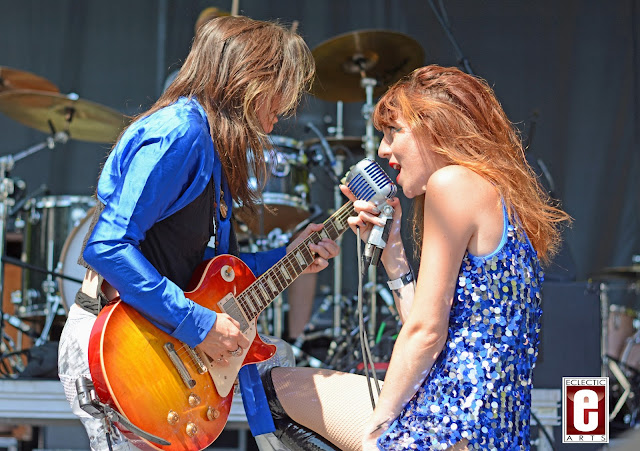 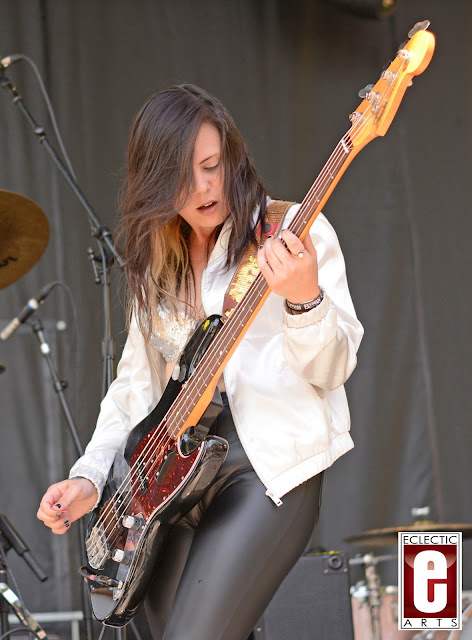 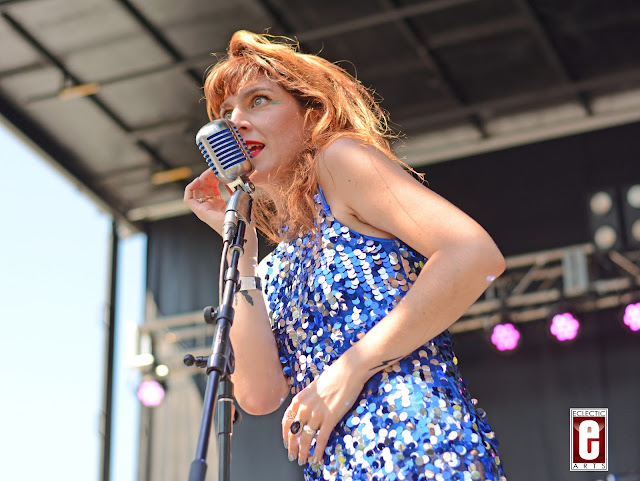 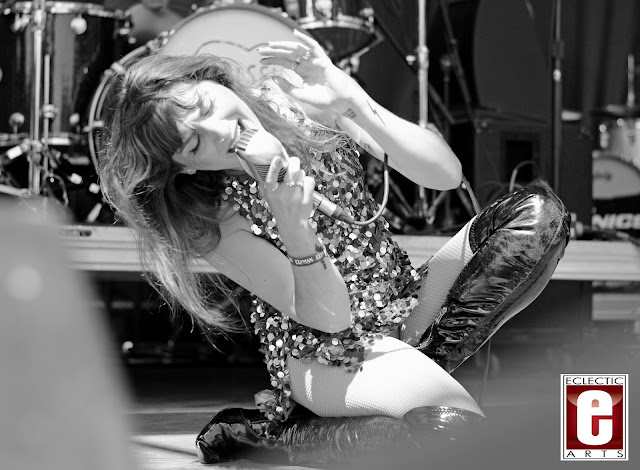 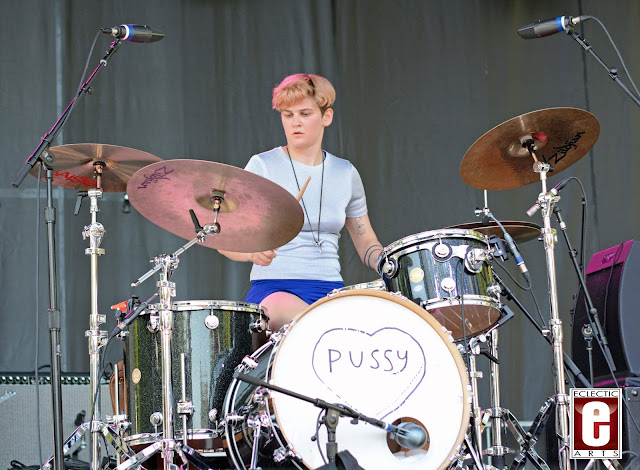 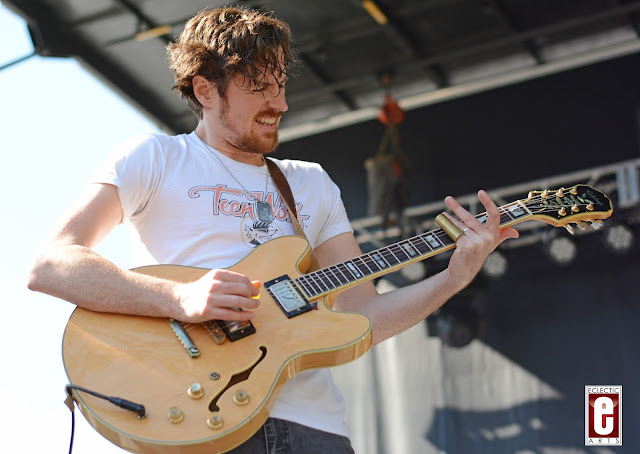 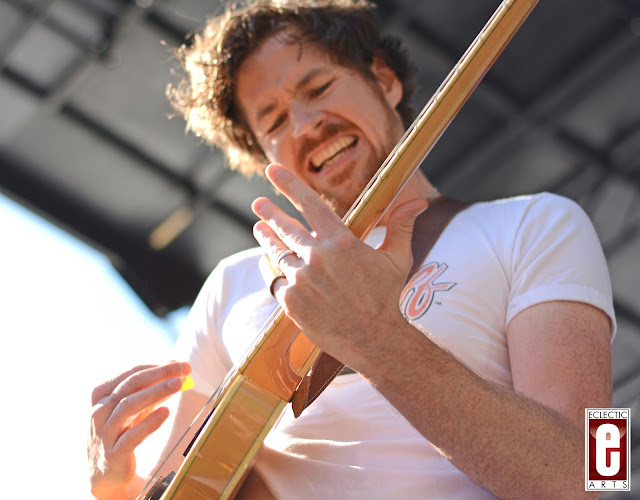 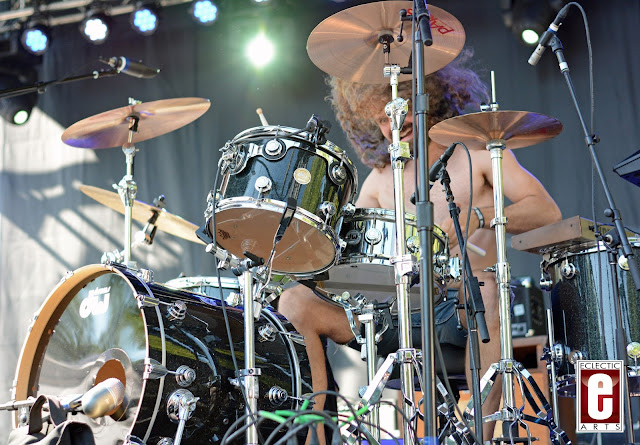 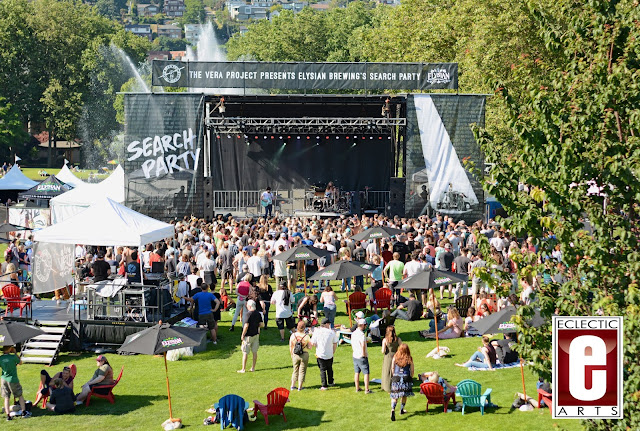 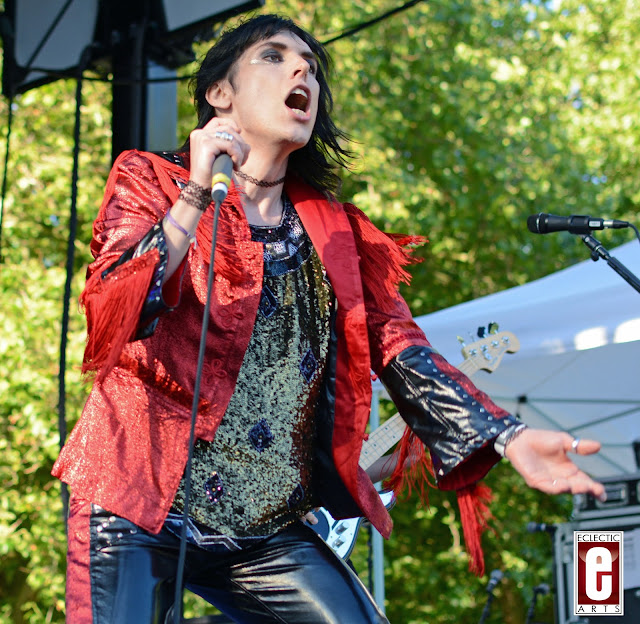 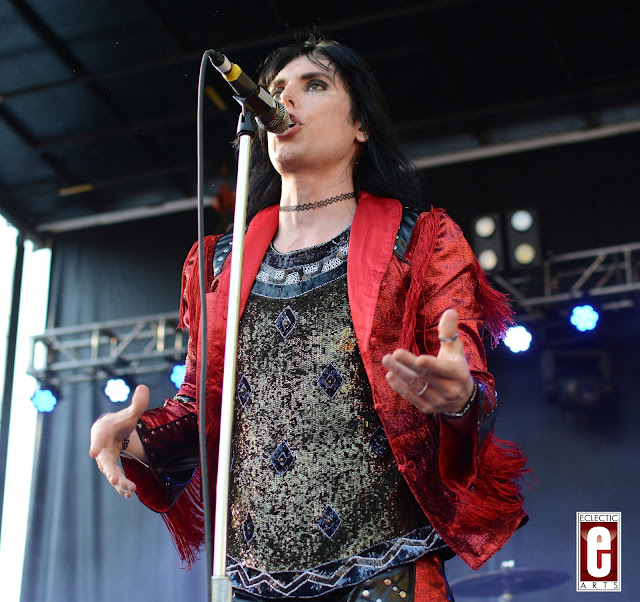 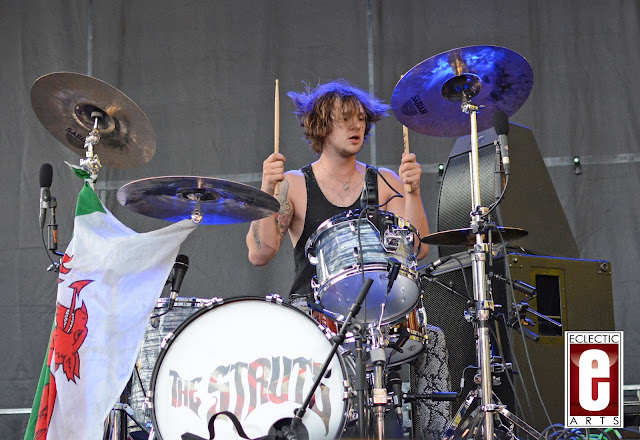 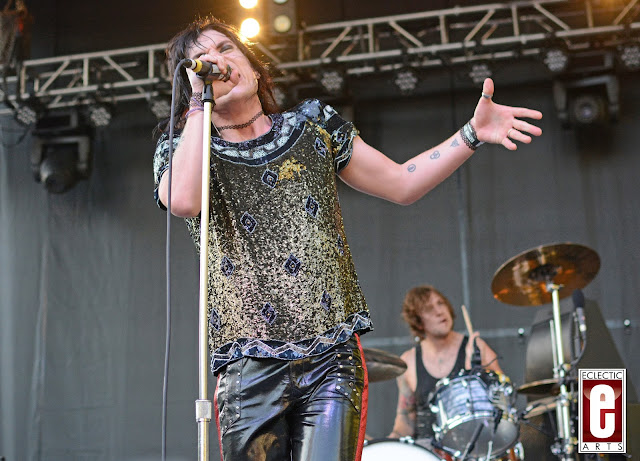 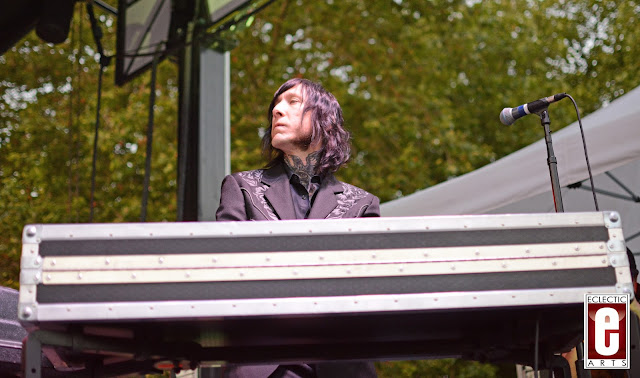 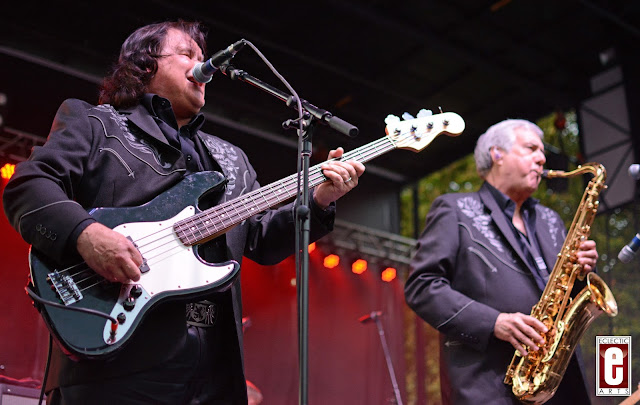 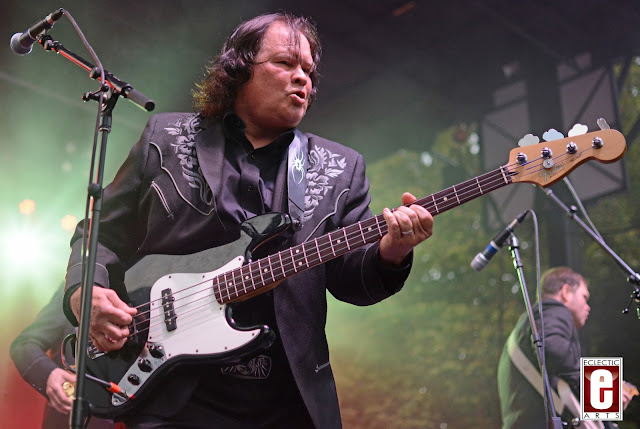 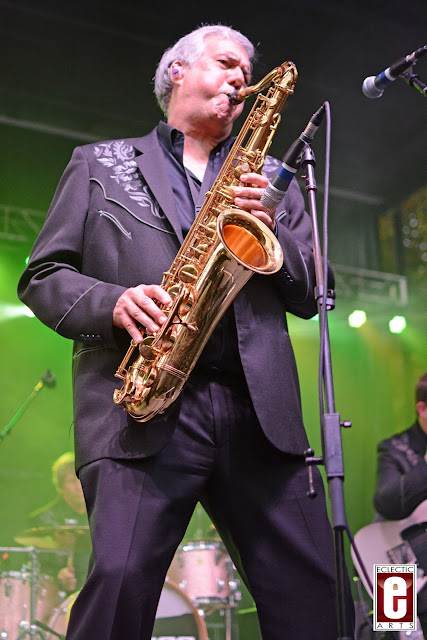