XANDRIA - The U.S. Invasion Looms Near!

Here we are with another NEW interview - conducted in June 2014 - to coincide with the upcoming Xandria, Delain, and Sonata Arctica US tour (starting September 9th)!

New Dutch lead singer, Dianne van Giersbergen (no relation to Anneke), took the time to talk about the band, the upcoming tour, and their new release, "Sacrificum".

EA:  Greetings Dianne!  Eclectic Arts is based out of Seattle, WA.  Have you ever been to the States (professional or personal)?  If so, where have you traveled here?

DvG:  Hi Mark! And thank you for your time and support! I am really looking forward to crossing the Atlantic and visiting the States in September/October. Ever since Xandria visited Miami in January to board the 70.000 Tons of Metal festival I have fallen in love with your country!

DvG: Oh yes I am looking forward to this! It will be our first US tour so we are super excited about the whole adventure. We have the honor of opening the evening every night, greeting and warming up the audience and introducing them to our music. But of course being first on the bill also means playing a shorter set, no clue yet on how long it will be.

EA:  You joined Xandria in October of 2013.  Is that correct?  If so, how did you come to join the band?  Did you audition?  What was the process like?

DvG: Correct, in October we released the news that Manuela had decided to leave the band and that I would step in as Xandria’s new singer. Of course by then we had already set things in motion and had taken the time to get to know each other, see if we could hit it of music wise but also on a personal level.
The story of me joining began when Xandria had already entered the ‘Sandlane Studio’ in the Netherlands to work with producer Joost van den Broek. Recordings had already started when Manuela announced to the band that this wans’t for her anymore. Joost was the one who at that point told the band that he might know a singer fitting the profile and able to step in on short notice.
And so I got a call from Xandria’s manager, traveled to Germany to meet the guys and shortly after that began the challenge of learning the live songs and the new songs which we now know as the ‘Sacrificium’ songs. 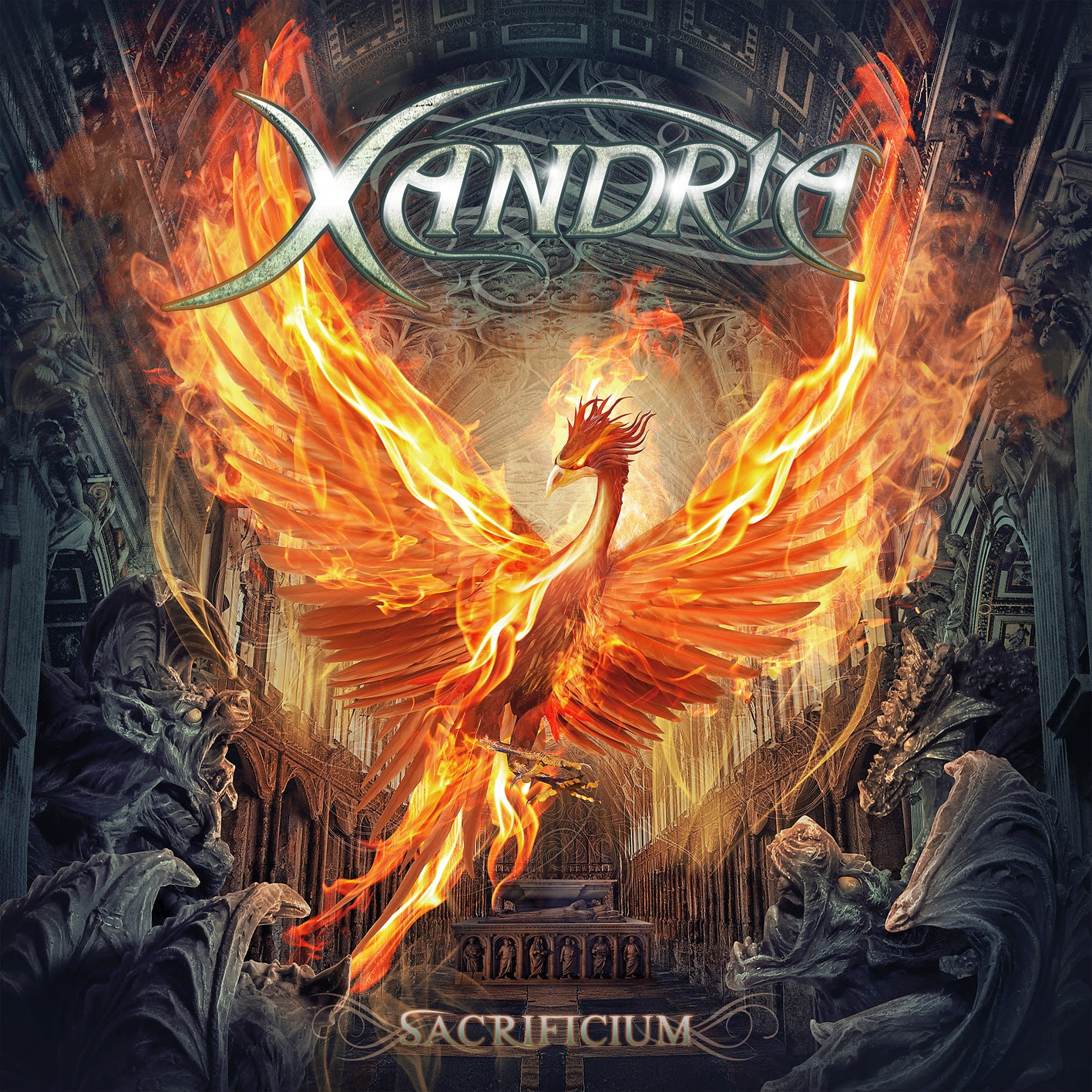 EA: With the new album, "Sacrificium", was the material already written when you joined the band?  Did you have a hand in any of the vocal melodies/lyrics or was everything pretty much already set?

DvG: I think you could say that all the songs were finished for 98%. When Marco and I traveled to Sascha Peath’s ‘Gate Studio’ (near Wolfsburg, Germany) we set out for 9 days of recording-marathon. In these dates we took some freedom to adjust the vocal lines to the color of my voice so that they could really blossom. But this was of course more a case of fine tuning. A process which is by the way very familiar to me: as a classical singer I am used to sing music that has not been written purely for me. Singing these and also the already written Xandria compositions is sort of a game for me where I try to and follow the instructions given by the composer as best as I can, try to reach the best vocal technical translations of the music notes and find my freedom in interpreting the songs and lyrics.
Lyric wise I contributed 2 songs to the album. The lyrics to ‘Little Red Relish’ and ‘Sweet Atonement’ are written by me.

EA: You have your other band Ex Libris.  Please tell us more about Ex Libris and how it differs from Xandria.

DvG: Yes I do! Ex Libris is my baby. I founded the band 10 years ago and since then it has developed into a symphonic progressive metal band of which I am very, very proud. The music Ex Libris composes is a combination of 5 skilled musicians sharing and mixing their talent, views and technical capabilities. I think our music is really addictive but you do need to give it a few spins to be able to reach our state of ecstasy.
Xandria and Ex Libris share me as their front woman and thus the vocal sound will have its overlap and to say it plainly: the promotion pictures will show me and four men. But then you have named it all. Xandria’s music is much  more composed from a set up musical view, Ex Libris’ music is born through improvisation. Xandria has one main composer (Marco Heubaum), Ex Libris bandmembers all represent a part of the composition. Xandria’s live shows are accompanied by taped orchestral en choir parts, Ex Libris’s live shows are 100% live. And so on.
Both band represent a part of me, of who I am and being front lady of both makes me a very happy and privileged singer.

EA:  I read that you studied voice in college.  Your website also states you are a vocal coach.  What is it about the voice as an instrument that you love?  What is your earlier vocal background (did you take lessons, etc)?

DvG: I received my first singing lessons as a birthday present from my parents when I turned four. In the following years I was taught by various music teachers and sang in several choirs. In 2005 I started my studies in classical music at the ArtEZ school of music where I was taught by Elena Vink. On the 19th of May 2009 I rounded off my Bachelor’s with distinction and continued to study for my Master’s degree. For this Master I studied how to intermingle classical music with metal music, I wrote a thesis about composing and performing within this cross-over and for my graduation recital composed a program in which I eventually fused these two genres.
For me the voice has always been the perfect instrument to translate who I am. When I run out of words to vent my emotions I can just start to sing and deal with it that way. I believe that this is a gift and that’s one of the reasons why I love being a vocal coach, I think that if you have a talent that you must share it and if you can, teach it to others. 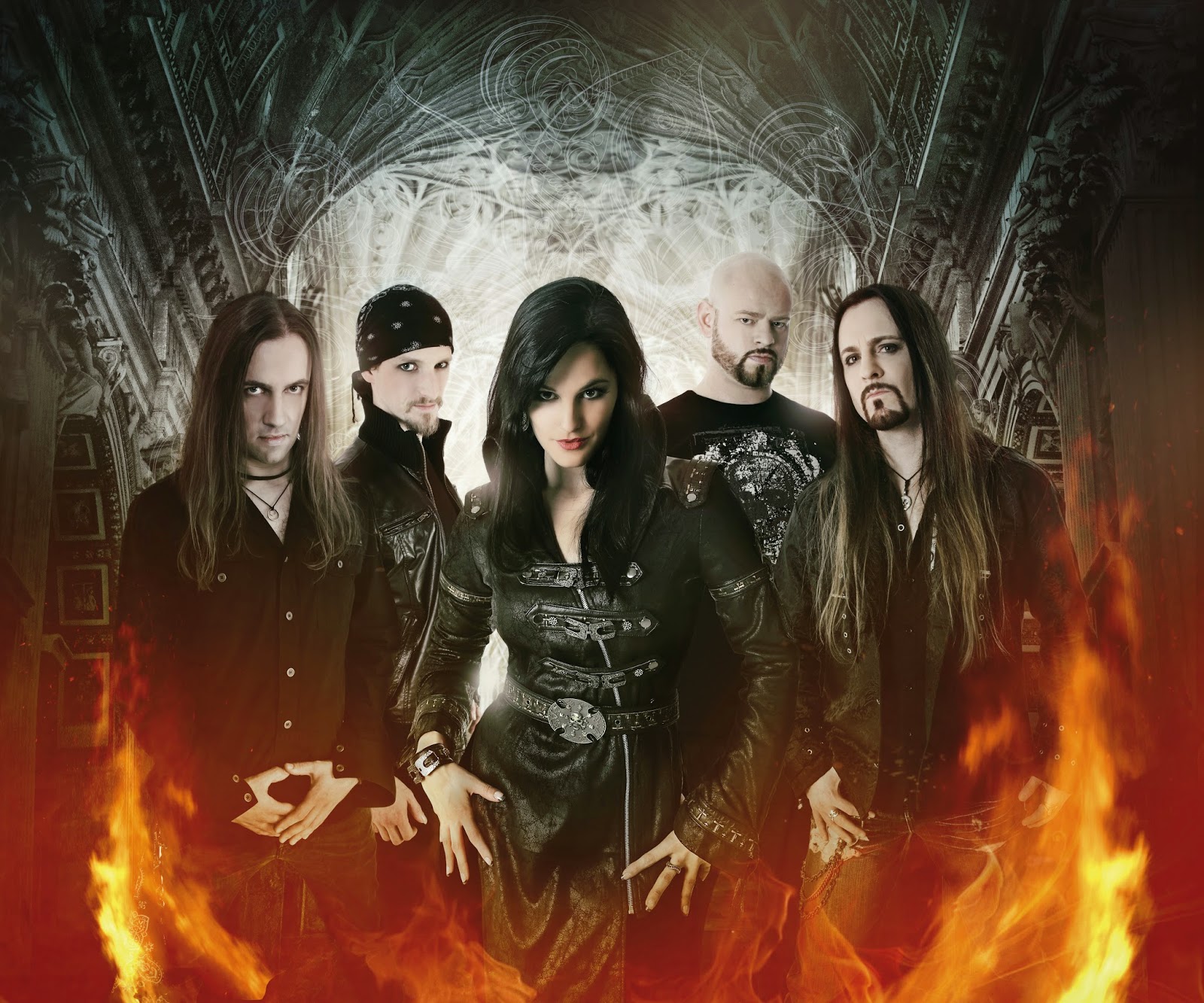 EA:  You've performed live with both bands.  How have the recent Xandria shows gone so far?  What songs in the set list do you enjoy performing the most?

DvG: Every song has some special element in them. Some are technically challenging others are special because they are soothing for the voice, but I cannot say that I prefer one over the other.
As for the shows: I really enjoy being on stage, having fun with the guys and sharing our party with the audience. I thinks the audience sees that we have fun because on our headline tour the response just has been overwhelming positive.

EA:  On a random note, is your last name (van Giersbergen) a common last name in the Netherlands (like Smith or Jackson is here in the US)?  Just curious since many that like Xandria know Anneke van Giersbergen.

DvG: It may be a bit more common in the South of the Netherlands where Anneke and I both come from. But us both being in this genre and having the same last name is just coincidence.

EA:  Who would you like to sing a duet with (from any genre)?

DvG: Oooh that’s a difficult question. Well for Ex Libris I have recorded a duet with Damian Wilson(Threshold, a.o.) which was great fun. Live we have performed this duet with Valerio Recenti (My Propane) which was also great fun.
I think that it doesn’t matter which whom I share the stage as long as they are up to having as much fun as I have performing.

EA:  Thanks so much for taking the time to talk with me Dianne.  I'll be at the show in Seattle (club is called El Corazon).  See you in September!

DvG: Well then I look forward to seeing you at the show! And let me thank you for your time and interest in me. Your and every one’s support in me and both my bands is what makes it able for me to be the singer I am today, thank you!!

Posted by Eclectic Arts at 9:16 PM