On this SeaFair Sunday here in Seattle, it is in the 80's (as it has been all week) and it's time for the next interview from the vaults.

As always, everything was left in tact.  Anneke is touring for her latest release, "Drive" right now (hence the title of this interview). 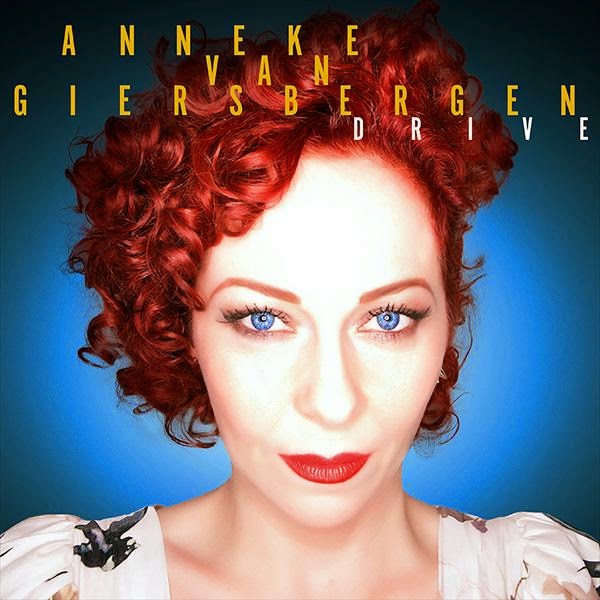 She is also partaking in the "Sirens" tour with Liv Kristine and Kari Rueslatten!

I have been a music junkie since I was a little kid.  From the age of nine, seeing KISS for the first time in 1979, it was all down hill after that concert.  From the ups and downs that life throws at you, music has always been there for me.

One of my all time favorite vocalists, Ms. Anneke van Giersbergen, is one of those artists that I put on a pedestal.  The music she created with her former band, The Gathering, helped me through some confusing and difficult times in my past.  The power and beauty of her voice just transported me to a different place in my mind during my struggles.  It was a release of the most needed kind at the time.  For that, I am forever grateful.

I was fortunate to see her with The Gathering here in Seattle, WA (the only time they ever played Seattle) before she left to pursue her own career and spend more time with her family.  Anneke has been creating amazing music on her own since 2007 with her solo work and collaborations with other talented musicians and projects.

It is truly my pleasure to present Ms. Anneke van Giersbergen here in Eclectic Arts.  I can't believe I get to write that!  ^_^ 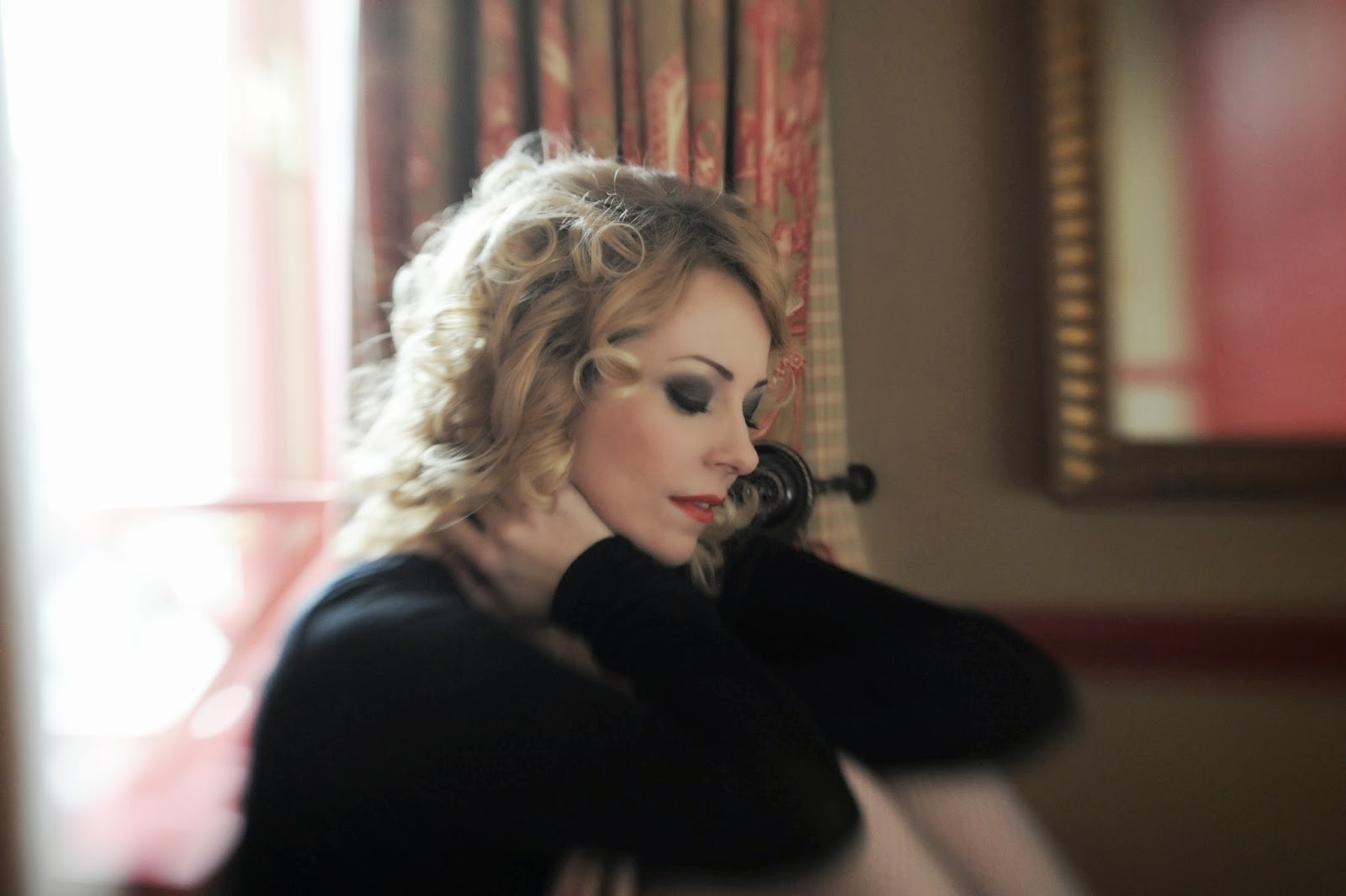 EA:  Greetings Anneke!  Thank you so much for taking the time to do this interview.  I can't express just how much this means to me.  I've been a fan since 1997.  I know you are out supporting your newest album, "Everything Is Changing".  How are the shows going?  How does it feel to be back out on the road?

AvG: Thank you Mark! I’ve just completed a 15-date Dutch club tour and it was fantastic. Venues were packed and I’m very proud of my new live band. We have a lot of fun and luckily we are able to transmit that to our audience. I’m glad to be back on the road again. We’ll do a big EU-tour in May and since my son is now old enough to go on the road with us, there’s hardly any reason wanting to go home again.

EA:  I was just listening to "Everything Is Changing" again this afternoon.  It is such a solid album.  Usually there is at least one song or two that I find with any release that don't quite measure up.  Not so with "Everything Is Changing".  From beginning to end, the album makes such a strong statement.  How do you feel about the album now that it's been out for a few months?  What was the writing/recording process like for the album?

AvG: I’m very happy with it. Of course I’m glad it’s doing so well, it got to #11 in the mainstream charts in The Netherlands - which is higher than I’ve ever been in my career – but way more importantly it ended up sounding the way I hoped it would do. After working with Devin Townsend a couple of times in recent years I realized I wanted to do a multi-layered album with lots of energy. I knew I wouldn’t be able to transfer my own ideas into arrangements myself without the help of a multi-instrumentalist, so I’m very glad I found Portuguese producer Daniel Cardoso who helped me writing and recording the album. I have my own studio, which is where we recorded most of the drums and vocals and I went to Portugal to work in Daniel’s studio. 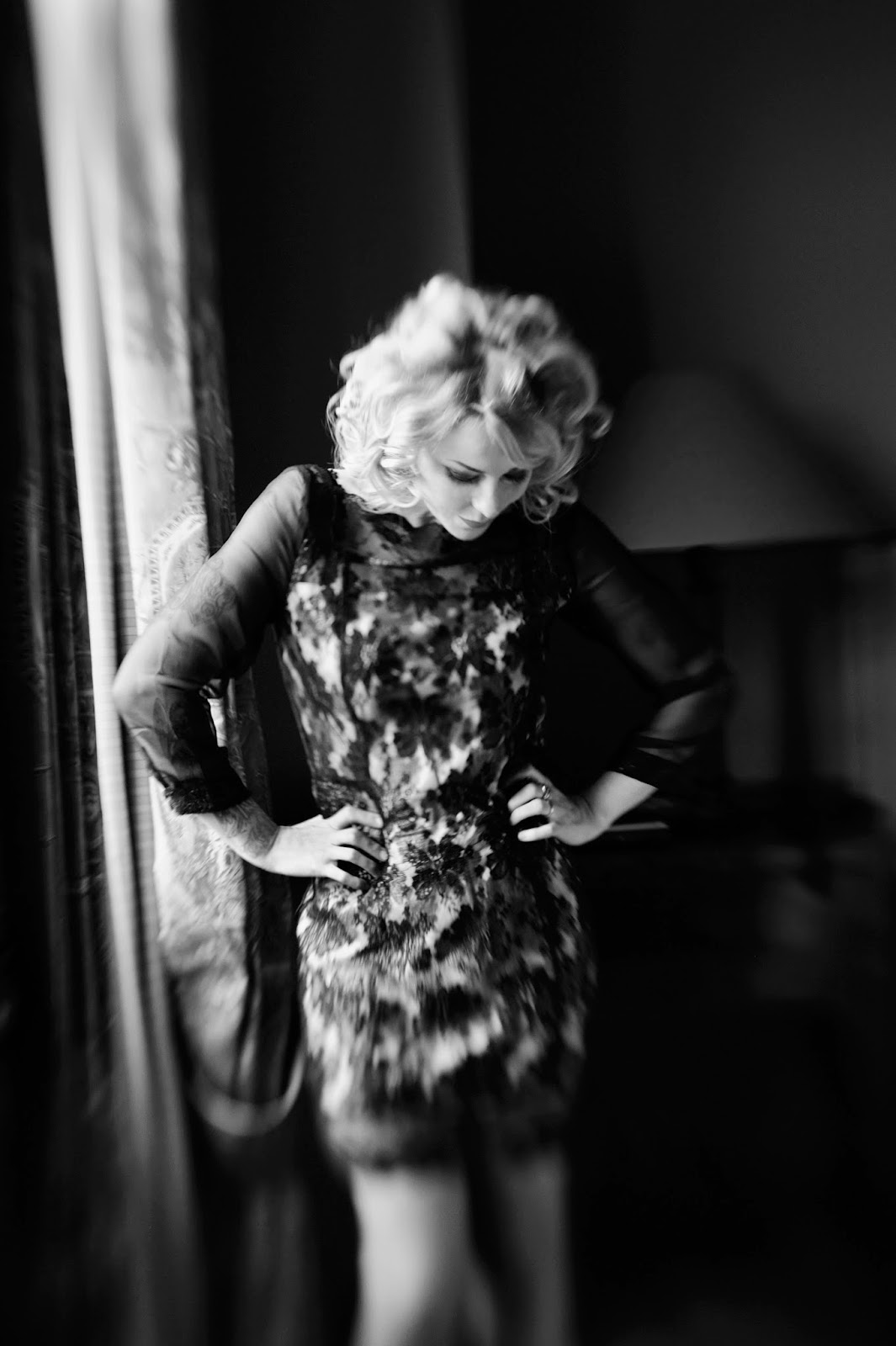 EA:  "Everything Is Changing" has a polished sound without sacrificing the emotional nature of your music.  Some of the songs are more pop oriented, while others are still very introspective.  Was this intentional?  What lyrical topics did you cover on the new record?

AvG: I’ve tried to combine all styles that I like to listen to myself into one album. I like heavy music, but also emotional stuff and I like to dance as well, if you know what I mean. I love Madonna just as much as A Perfect Circle and somehow I think that we’ve been able to let that resonate throughout the songs. Most of the times I don’t consider myself as a story-telling lyricist. I write about myself most of the time and my own feelings. I wrote ‘My Boy’ for my son and for instance ‘Circles’ deals with the fact that some people can maintain their rock-steady characters when tragedy strucks. 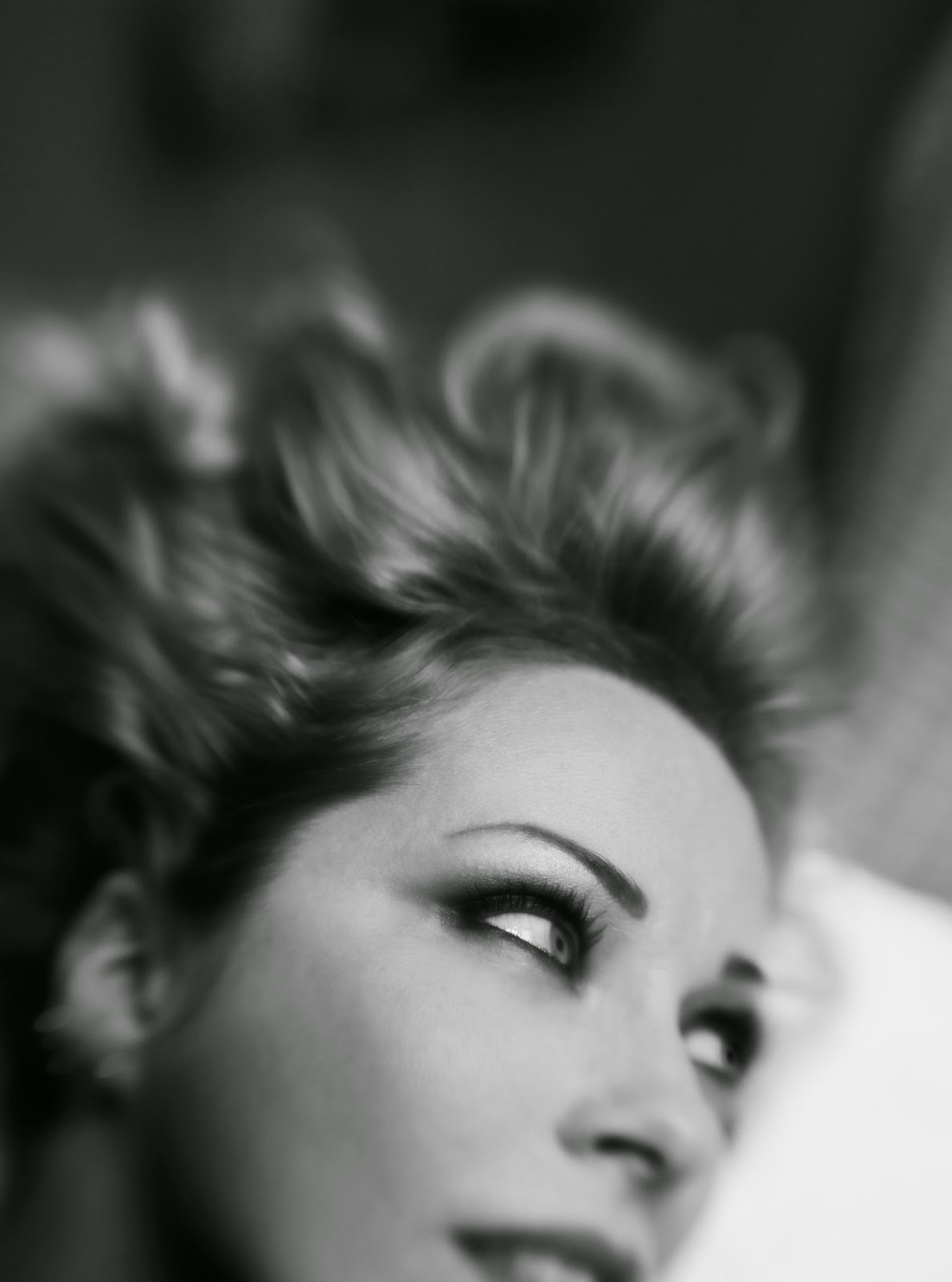 EA:  How have you managed to strike the balance between your music career and your personal life (family, etc)?   I know your husband performs with you, which obviously helps, but still it must be difficult.  Does your son travel with you as well?  You're a very busy woman!

AvG: It’s hard and it takes a lot of planning, that’s for sure! First of all I moved to the countryside to be able to build a recording studio and to be able to store our stage equipment at home. That enables us to work at home most of the time. I quite doing long tours. It’s 2 weeks max unless I can take my son with me like the upcoming EU-tour. I take my son with me as many times as possible, but of course he has to go to school, so we have this really complicated schedule with nanny’s and so on. 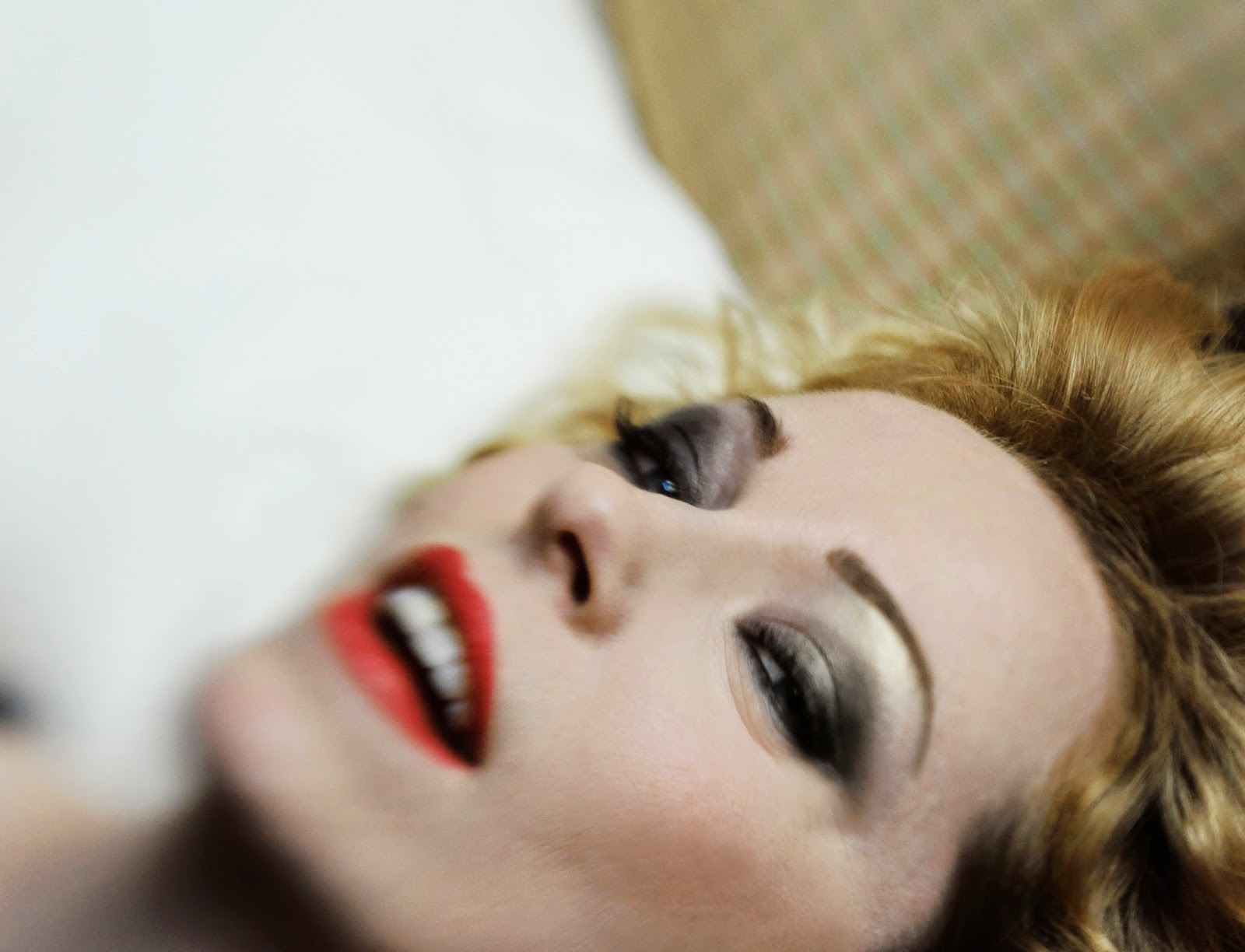 EA:  Back in 2007, I was fortunate enough to see you perform with your old band The Gathering here in Seattle, WA at a little club.  Within Temptation were also on the bill that night that you've performed with (the "Somewhere" duet with Sharon is awesome by the way).  When you look back at those US shows, playing clubs and such, what stands out for you?  Did you enjoy the shows?  What are some of the differences between touring in the US and abroad?

AvG: Well, touring the US for a niche-band is hard. Physical distances are big and transatlantic flights for band and crew are expensive. That’s the only reason I haven’t been able to return to the US as a solo artist. I have a small but strong fan base in the US, so I hope I can return in the near future and do a string of acoustic solo shows in small clubs or something. I think that would be awesome! 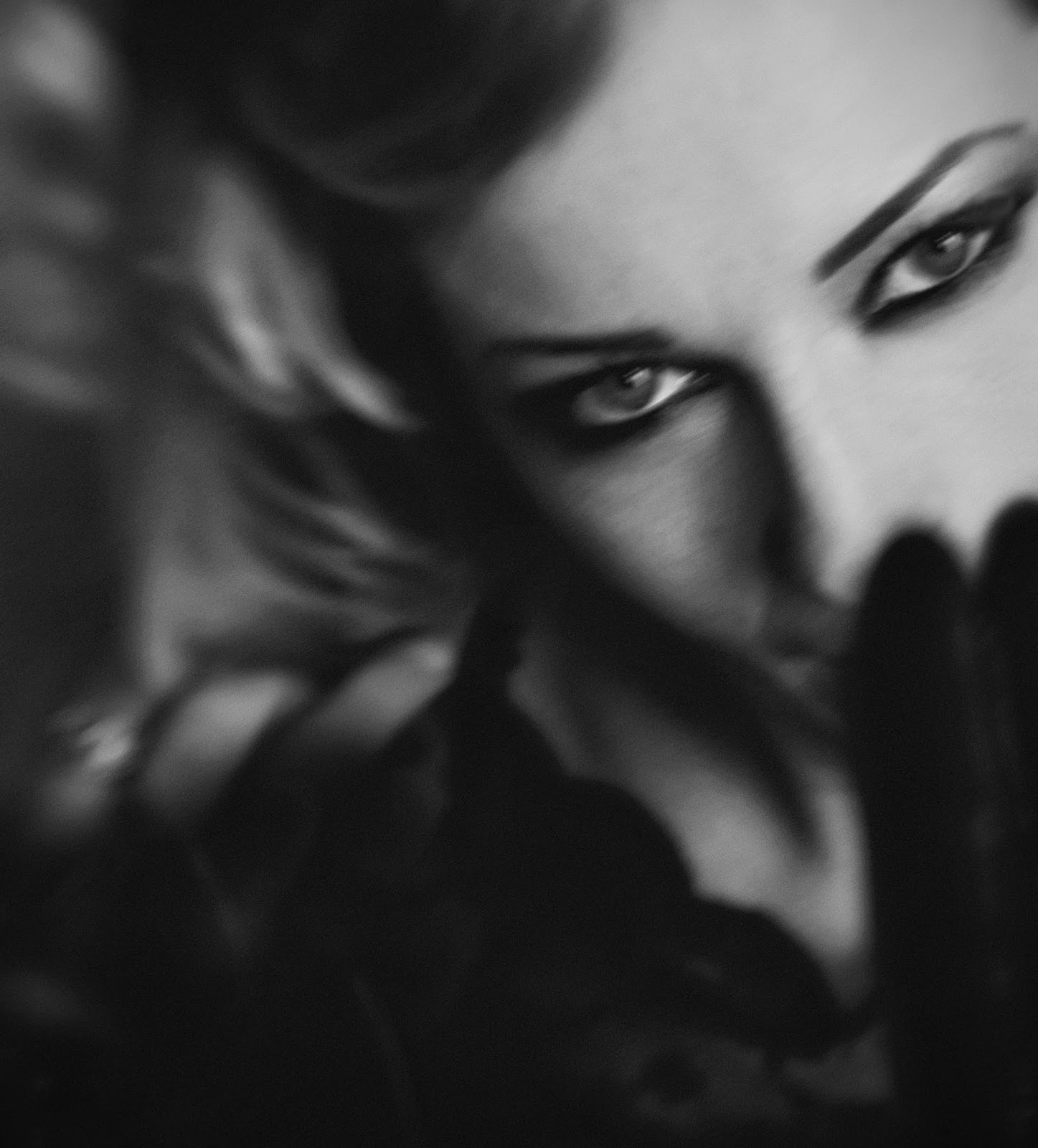 EA:  It's been five years now that you've been a solo artist.  When you look back on your years with The Gathering, what comes to mind?  What memories stand out (good or bad)?

AvG: To be honest I’m not a person that looks back a lot, I don’t particularly enjoy watching YouTube videos with old footage or something like that. I’m all about looking forward and even more importantly the present day. However I have great memories from my time with The Gathering. Those boys are still very dear to me.

EA:  I've been a musician myself for quite a number of years (guitar being my main instrument).  I took vocal lessons for a bit, too.  What advice would you give someone who is looking to be a vocalist?  Is it true you do vocal coaching when you have the time?  I could use a lot of help with my voice haha

AvG: The advice I would give to anybody is be yourself and look for your own voice. There’s a lot of vocal talent, you only have to watch a couple of all those talent shows to notice that, but I hear a lot of people sing like the people that they are inspired with. I love Ella Fitzgerald, but it never occurred to me to copy her phrasing and stuff.
I worked as a vocal coach at the Amsterdam Conservatory for 1.5 years, but I had to quit because it was too time consuming and I couldn’t combine it with my busy schedule anymore. I loved doing it though! 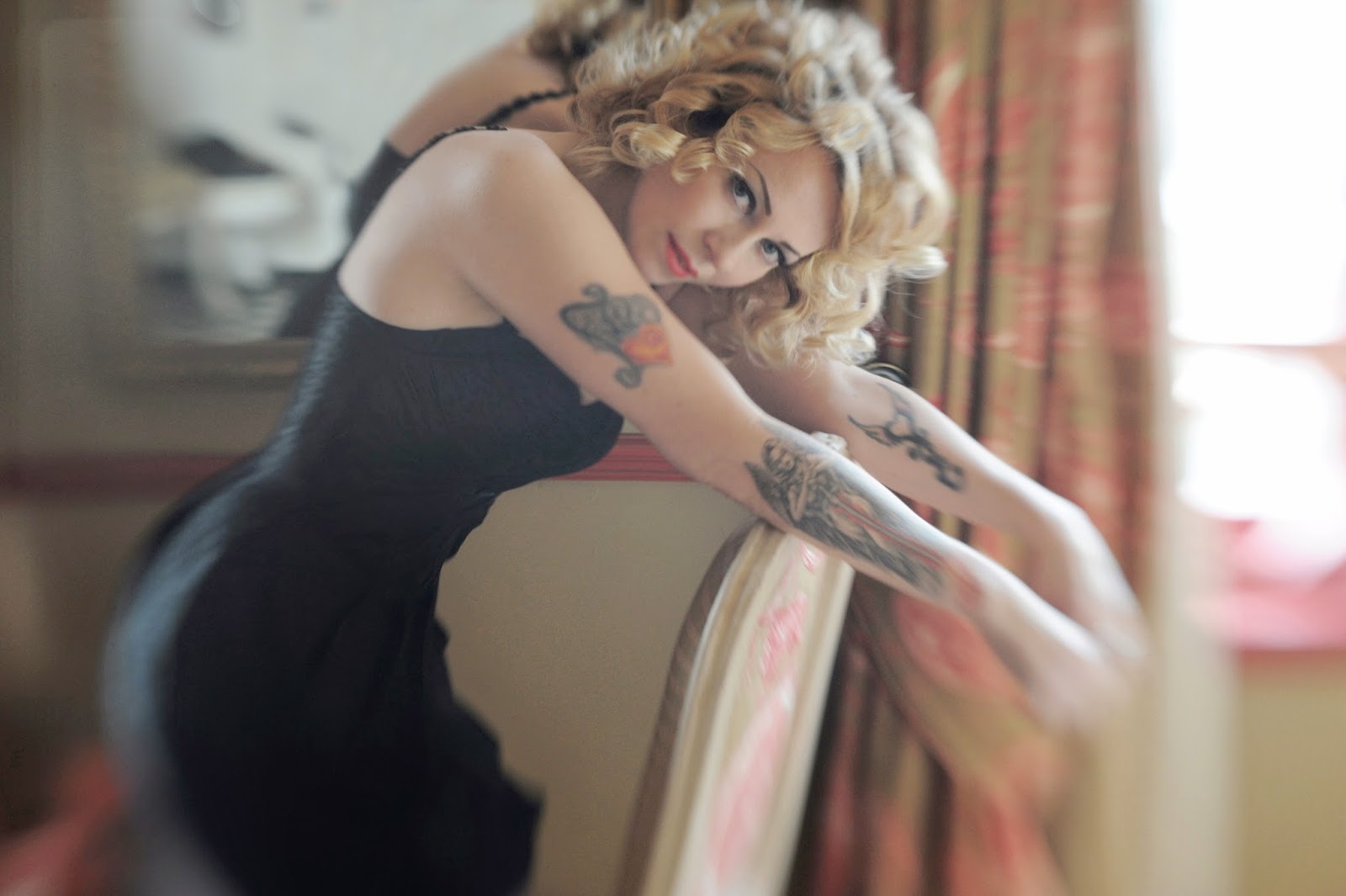 EA:  What goals do you have for the future?  Do you see yourself making music for many years to come or are you just taking it one day at a time?  Are there other things you want to try outside of music?  What else is coming up that the fans can look forward to?
AvG: I never have a long term plan, but I am a musician and there’s not a whole lot I would like to do that’s not music-related. I would like to record another album soon and I would like it to sound more or less like my last album, but even better of course!!
I’m also involved with a children’s theatre play at the moment. I co-wrote the music and I’m performing in it, so I get to do a little bit of acting, which is very fun to do.

EA:  Anneke thank you again for taking the time to do the interview today.  I truly appreciate it!  Take good care.

Posted by Eclectic Arts at 3:57 PM